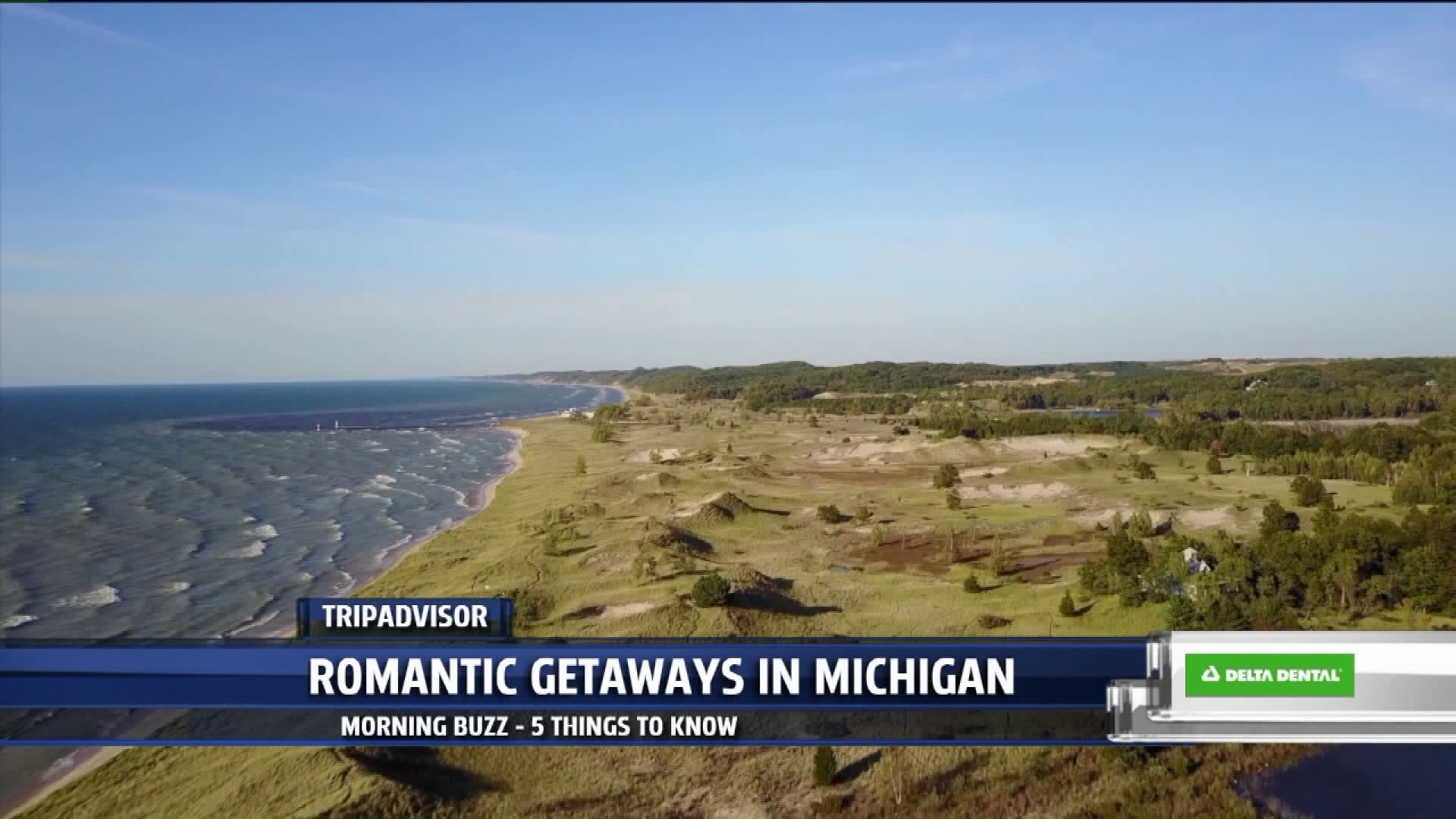 1. Grand Rapids continues to grow and at the heart of downtown, and now the first businesses moving into the new Studio Park development.

Studio Park will be a 62,500-square-foot space for these five retailers.

Construction on the five spaces is underway and the interior build-out will begin late May.

Grand opening dates have yet to be announced.

2. An important part of American history is coming to a local museum. "Changing America" will open Memorial Day weekend at the Grand Rapids Public Museum.

The exhibit looks at the impact the "Emancipation Proclamation" and the "March on Washington" had in U.S. history. It will also include artifacts from the Grand Rapids African American Museum for a local perspective. This will be included with the price of admission to the museum.

"Changing America" will run through October.

3. A handful of West Michigan cities have made Tripadvisor's list of best places for romantic getaways in the Midwest. Saugatuck is one of the top places, known for its known iconic oval beach, state park, and a popular spot for the LGBT community.

Grand Rapids was also a favorite, specifically Frederik Meijer Gardens and Sculpture Park where many couples say they enjoy going on romantic picnics.

South Haven was also on the list- highlighting its annual Blueberry Festival and Lighthouse.

4. Everyone has a chance to see one of the largest private car collections in the world. Ken and Kristen Lingenfelter's Garage in Brighton is opening up to the public for one day only.

It'll be from 10 a.m. to 5 p.m. this Saturday. There will also be racing simulators, door prizes and Ken will start up the Ferrari Enzo.

No tickets are needed and 100 percent of donations accepted at the door will go to the American Cancer Society.

5. Don't look now, but dictionaries are getting bigger! Merriam-Webster has added more than 600 new words and phrases between the bindings.

Among them: "Buzzy", which is something or someone that draws a lot of attention.

Another is "Bottle Episode", a relatively cheap episode of a TV show that usually sticks to a single setting.

In some cases, new definitions are given to common words. One example is "snowflake," which isn't just something that falls from the sky during the winter, it now can also refer to someone who is very sensitive.

"Purple" meanwhile is not just a color, but it can also refer to an area that has an even amount of Republicans and Democrats.