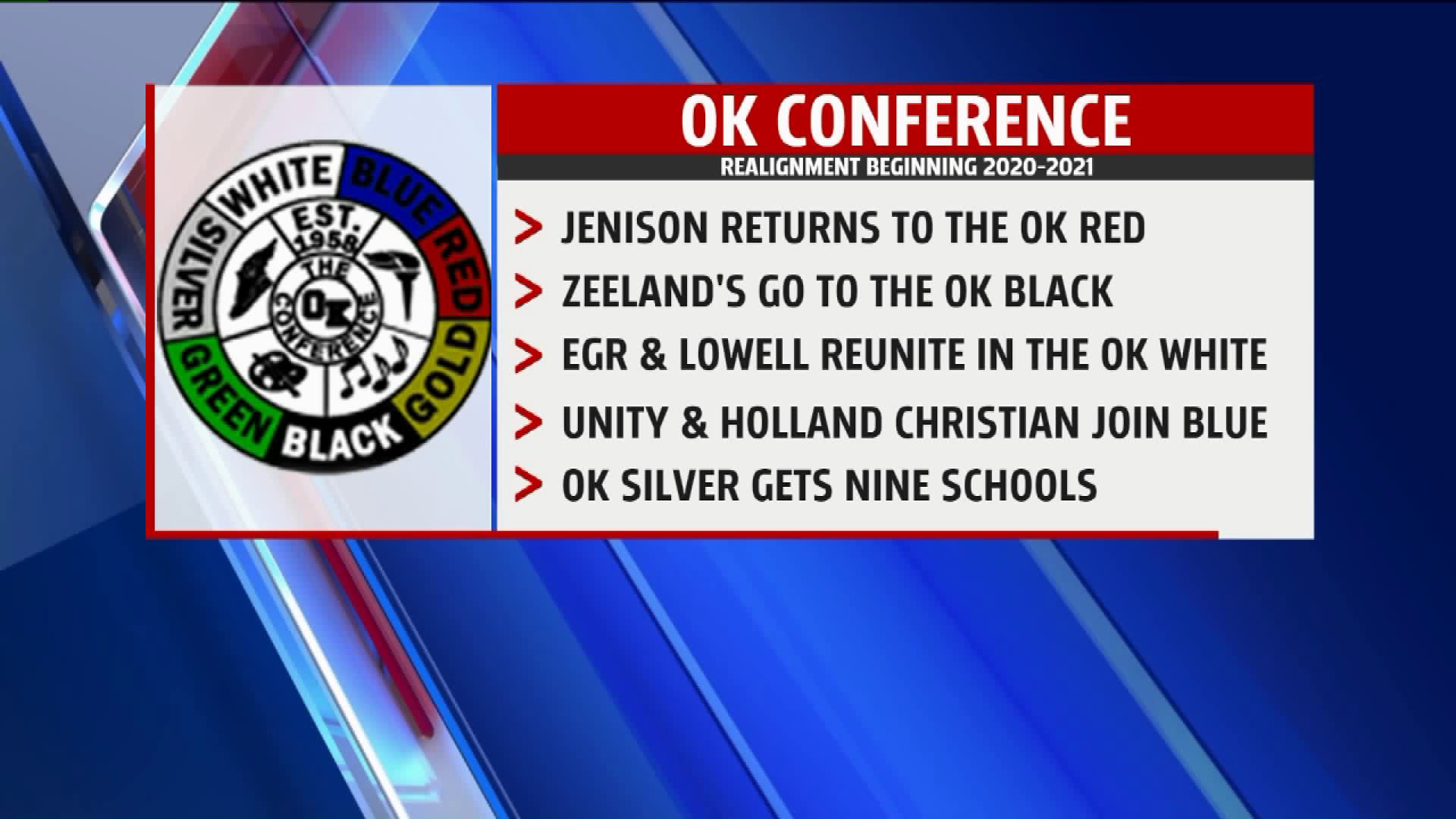 The OK Conference is realigning for four years starting in the 2020-2021 school year after a proposal was voted in by the 49 members of the conference Wednesday.

The new look goes from seven divisions down to six with the elimination of the OK Green and will look like this:

The new alignment will reunite Lowell and East Grand Rapids in the OK White after they spent the last four years in separate divisions.

The OK Silver is the only division with nine schools (the other five divisions have eight schools), but Wyoming Lee and NorthPointe Christian have decided to play independent schedules in football which could leave the division at seven in that sport only.