Students at BC Montessori grateful community saved Earth Day for them 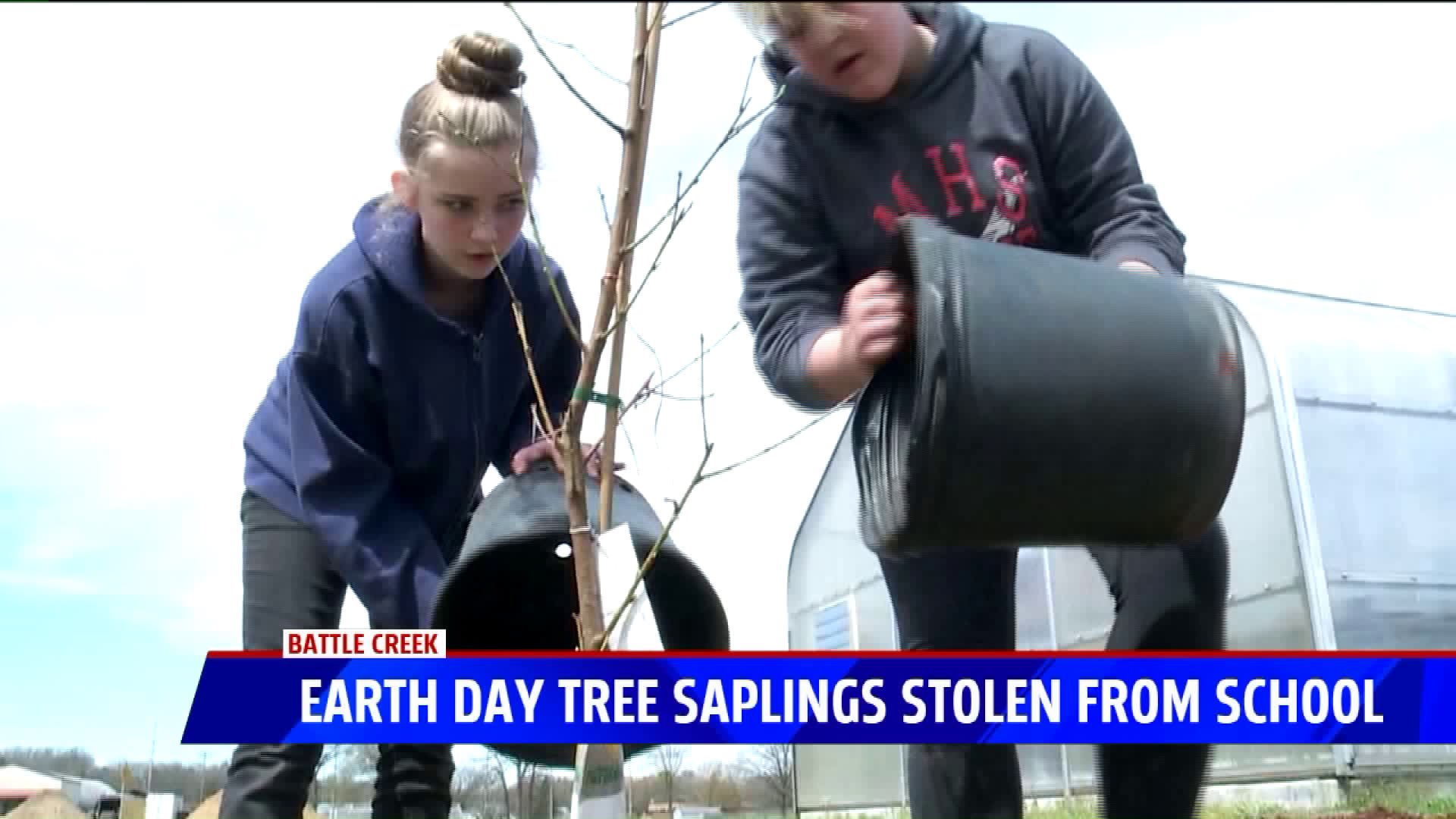 They dug over a dozen basketball-sized holes in the school’s yard, put fruit trees in them and then surrounded it with soil.

“It’s really fun because we get to dig a bunch of trees,” said seventh grader Lana Smith. “We get to better the earth with all of the trees that we’re planting.”

Her sister Marissa said they planted all kinds of fruit trees: apple, peach, cherry and plum. It was all in honor of Earth Day, which they wanted to celebrate on Monday, the actual day. However, they couldn’t.

“Monday morning we went out to look for our trees,  we had 10-12 saplings,” said school leader Jessica Eldridge. “They were very small. They were in a greenhouse bag out behind the building and they were gone.”

Miss Jess, as the students called her, thought that maybe the saplings were dragged out to the woods behind their school. However she checked and they weren’t there. That's when she realized they were taken.

Then she broke the news to the students.

“We were sitting in class and Miss Jess came up to us and said ‘our trees got stolen,’" recalled eighth grader Scarlett Ramon. “We were pretty disappointed, like who would steal our trees.”

Miss Jess said she was devastated too. The staff at the school pitched in to get the trees for the Earth Day project. They raised $200. So she posted incident on Facebook and then she said “magic” happened.

“A really bad day turned into like one of the best kinds of days,” Miss Jess said. “There’s really good people out there who will step up and support you.”

People from the community donated money and actual fruit trees to the school, she said. They went from having 10 trees to 23.

“A business out of Bedford Township over here donated 15 trees,” Miss Jess said. “They don’t have children here. They don’t know us. I mean just such a great outpouring of the community.”

She said it was an important message for the students. And as grateful as she was for the donations, she’s still going to keep an eye out for the original set.

“I would just like them back,” Miss Jess said. “Just bring 'em back. I mean just drop 'em off.”