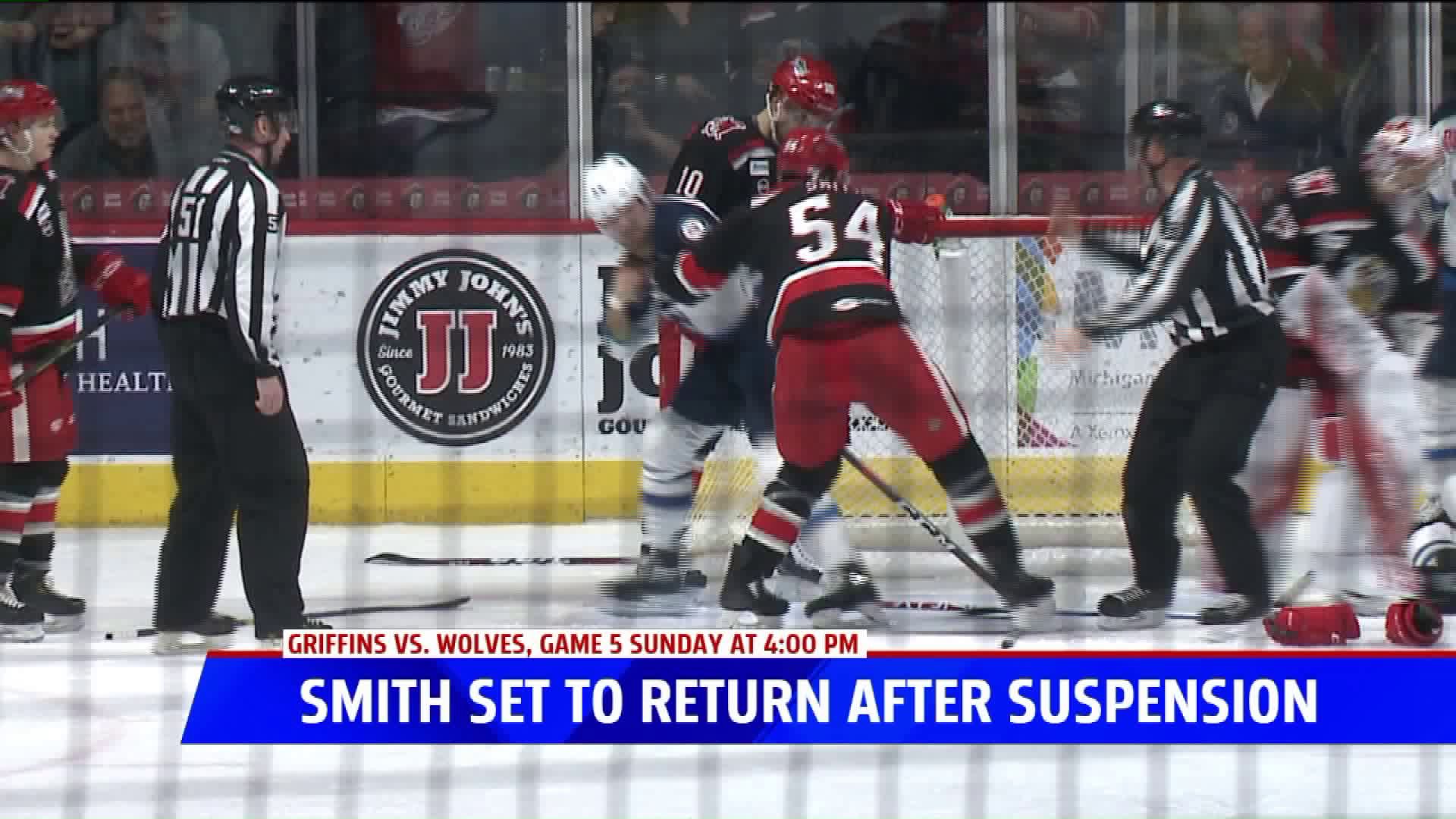 GRAND RAPIDS, Mich. -- After a physical Game 3, Griffins forward Givani Smith was suspended by the AHL for Game 4 after an illegal check to the head of an opponent.

While Smith might not be a big point-producing forward, his role is important, especially in a series as physical as this one.

"I think we missed his physical presence and playing hard on the puck," Griffins head coach Ben Simon said after the loss. "He's played pretty well this postseason. Any time you lose a key member [it's tough]. He's been part of this group the whole year, so when you miss a guy with his size, his compete, it's going to leave a void in your lineup for sure."

Smith, 21, has been improving all season long,  and his teammates have noticed a difference, making them excited to get him back in the winner-take-all Game 5.

"Smitty has taken his game to the next level from Christmas time on," forward Chris Terry said. "He's been hard on pucks, been a good agitator, and has been hanging on to pucks, so it was a tough loss, but we get him back."

The Griffins and Wolves will drop the puck at 4:00 pm ET on Sunday to decide who moves on to the Central Division final.