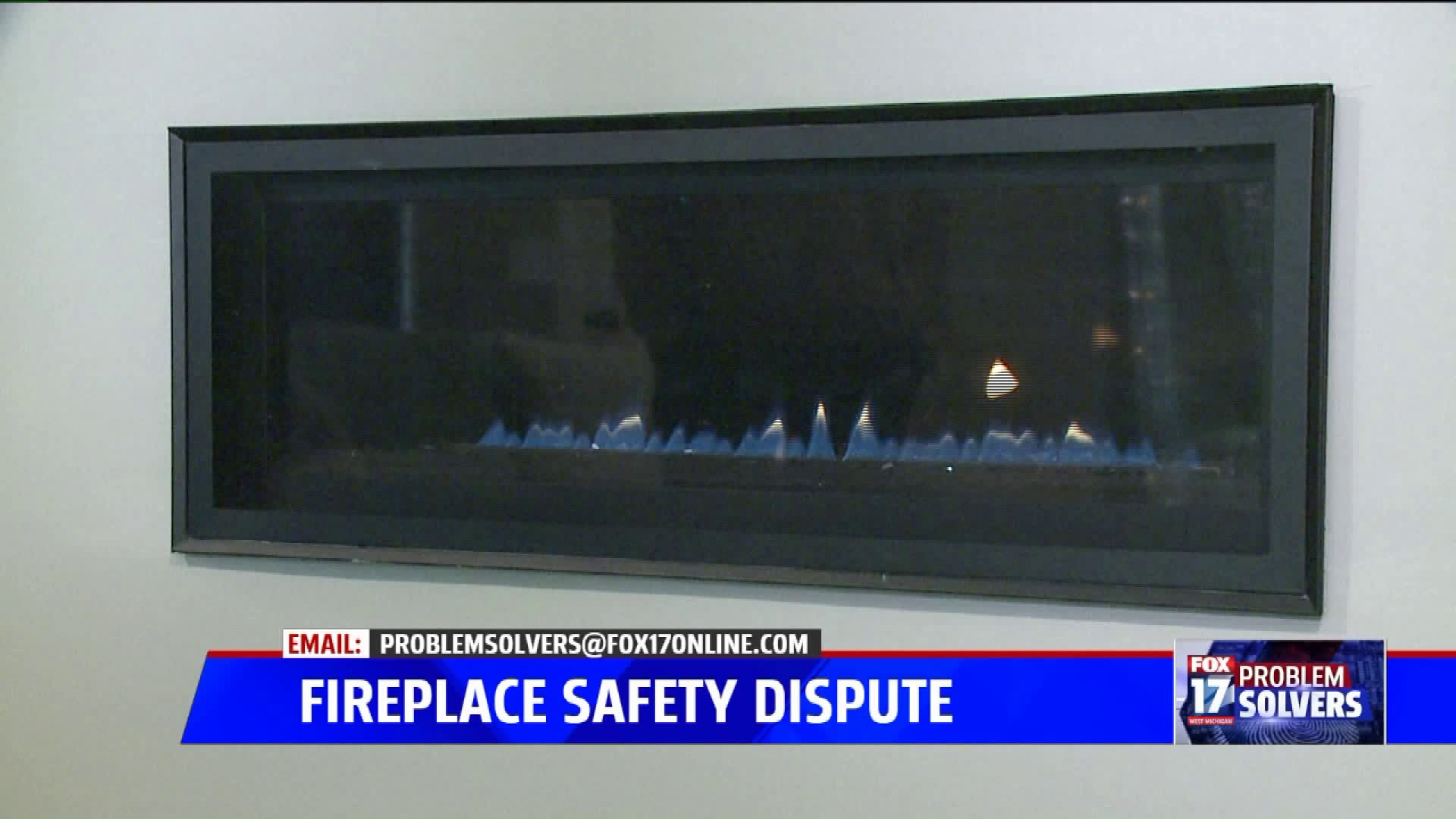 KENTWOOD, Mich. -- Darlene O'Neal moved into what she calls her dream home after retiring from the City of Grand Rapids, most recently as city clerk. However, she said she feels burned by her builder because of how they installed her fireplace and their response to her concerns.

"This is a safety hazard," she said.

O'Neal said she moved into the newly built home in Kentwood in March 2018 and had Redstone Homes also install the fireplace. She said she turned it on for the first time in October and learned it kicks out a lot of heat.

"So much so that it has damaged my television. It's warped all along here," O'Neal said.

After just 12 minutes of being turned on, even the wall gets hot to the touch. Her concern is any combustible item is liable to warp like her television and possibly catch fire.

"They were well aware of my intent to hang a television, so much so that they installed an outlet, as well as a sleeve behind this wall," she explained.

O'Neal said the fireplace installation passed city inspections. But she turned to a third party, a fireplace business, to take a look. Based on their written recommendations, the installation did not meet 'the required clearances' needed between the unit and combustibles, according to the installation manual. The company said the unit needs to be lowered approximately 6 inches to reach minimum requirements.

She said Redstones' own warranty employee came out in the fall and acknowledged a spatial issue. However, after months of asking Redstone to lower the fireplace and pay for damages to her television, O'Neal said the company has only offered to build a mantle and raise the television.

"If you raise the television much higher it's either going to be on the ceiling, or I'm going to break my neck watching the television. So that is not the solution. The solution is to lower the fireplace unit," she said.

Redstone Homes is not in the business of selling or installing TVs. That is up to the homeowner and the professional they hire. Rather than use a professional installer, it’s our understanding that Darlene’s family members installed her TV, and in doing so, they hung it too close to the fireplace. Additionally, Darlene chose not to have a mantel installed above her fireplace, and that, coupled with the low-hanging TV, caused an issue.

Although we did not create the issue, it is our goal to provide all of our homeowners with a quality home and a positive customer experience. To that end, we offered to install a mantel above Darlene’s fireplace as well as rehang her TV at the correct height. That help was offered more than once over the phone and in writing over several months. On March 12, Darlene responded to our emails saying in part, “I’m okay with a mantel being built above the fireplace at the appropriate height.” A few hours later, however, Darlene sent an email saying, “…let’s not plan on doing anything for now.” Since that time, our warranty person has not heard from Ms. O’Neal.

We stand ready to help Ms. O’Neal remedy her situation so she can continue enjoying her beautiful home.