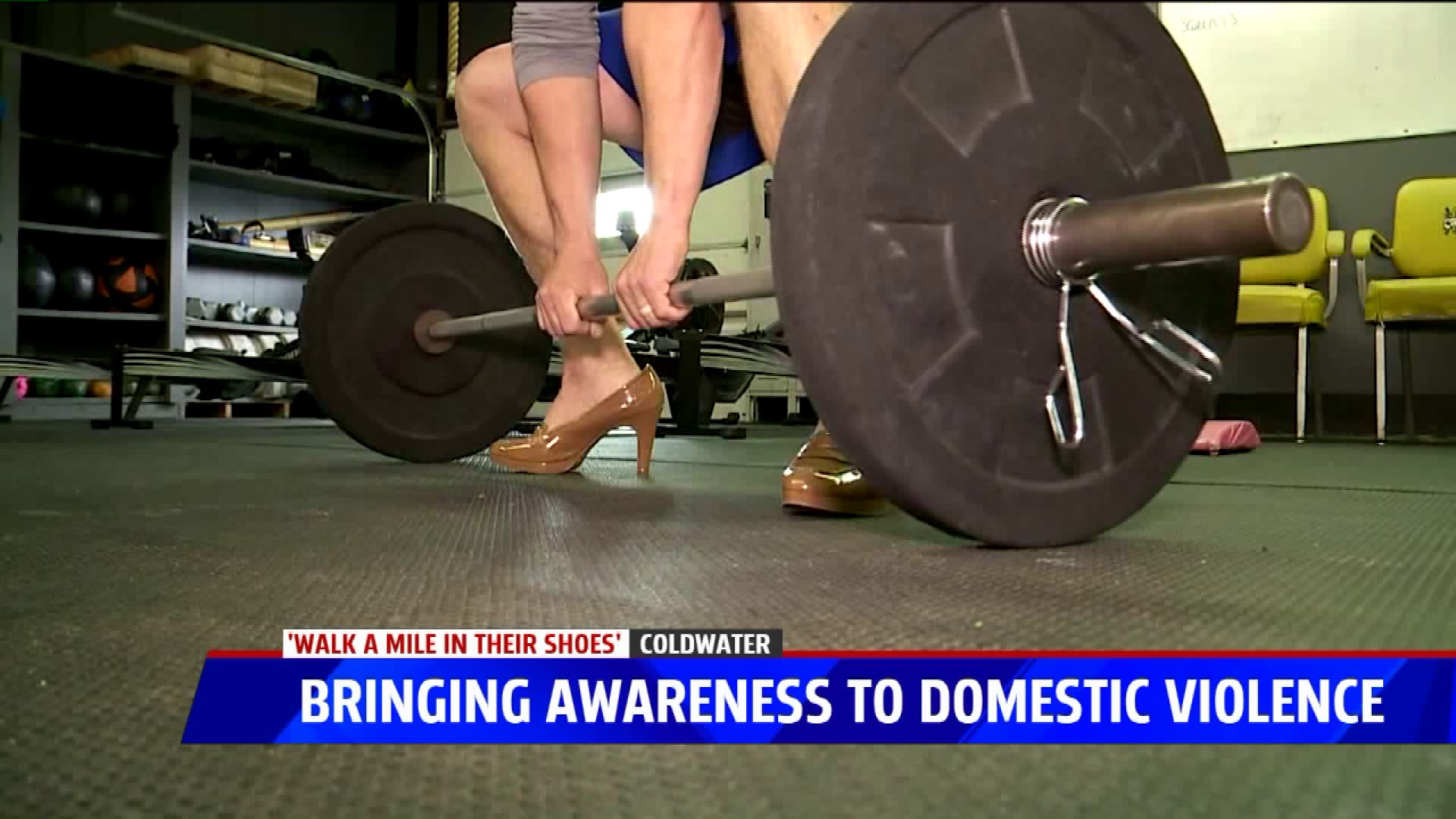 Men in Coldwater strut in heels for a good cause

COLDWATER, Mich. — The men at CrossFit Livewire know exactly how to walk a mile in women’s high heels. They said the trick is to stay on your toes.

“If you need a break, step off the side walk and sink your heels into the dirt,” said owner and coach Corey Parker. “That’ll save your life.”

It’s what they’ve done for the last six years during the annual Walk A Mile in Their Shoes event in downtown Coldwater. It’s to raise awareness about domestic and sexual violence. Saturday at 10:30 in the morning, they’ll do it again.

“We have, yes, men that walk in heels,” said Kimberly Hemker, executive director of the Branch County Coalition Against Domestic and Sexual Violence .  “But it’s more than that. It’s our whole community coming together for a united cause saying we’re not going to take it. We are done with it. We’re going to say no more um to domestic and sexual violence."

Hemker said that close to 500 people are expected to be at the event in downtown Coldwater, which includes a silent auction, a pancake breakfast, a bbq chicken lunch and a dog walk.

“Animals are abused too and they're part of the family,” Hemker said. “So we asked these people to put on heels, to show up [and] show their support.”

Several employees at the McDonalds on U.S. 12 wore heels Thursday to raise awareness about the event. The owner Jim Maynard said it’s an event they sponsor year after year because it’s something that affects everyone: family members, friends, neighbors and co-workers.

“We’re only as strong as our weakest member of the community,” Maynard said. “These victims, they don’t know what to do our how to get out of this cycle of violence.”

That’s where Hemker and her team from the coalition step in and educate people on how to help others in the community identify abuse. She said it’s more than just physical abuse. It’s sometimes verbal and financial.

“Our goal has been prevention,” Hemker said. “We are starting to educate kids from kindergarten on. And so with that we have our families getting involved.”

Maynard said education is key. He and his family will be at the event on Saturday however he won’t be walking in it with high heels, he said. He laughed saying it’s too dangerous.

“It’s slippery,” he said while wearing a pair. “They’re sliding around. And I just kind of have to get on the balls on my feet and kind of shuffle.”

As for the men down the road at CrossFit Livewire they did sit ups, chin-ups and lifted weights all while wearing two-inch and three-inch heels in preparation for Saturday.

“When we get an opportunity to bring attention to the Shelter House in a positive light, it’s really neat to see these guys come together and want to strut,” Parker said.

Hemker watched them as they strutted around the gym. She took several pictures and thanked them for raising awareness.

“They walk and they do it just with a lot of love and caring to try to make a change,” she said. “They walk better than I do.”