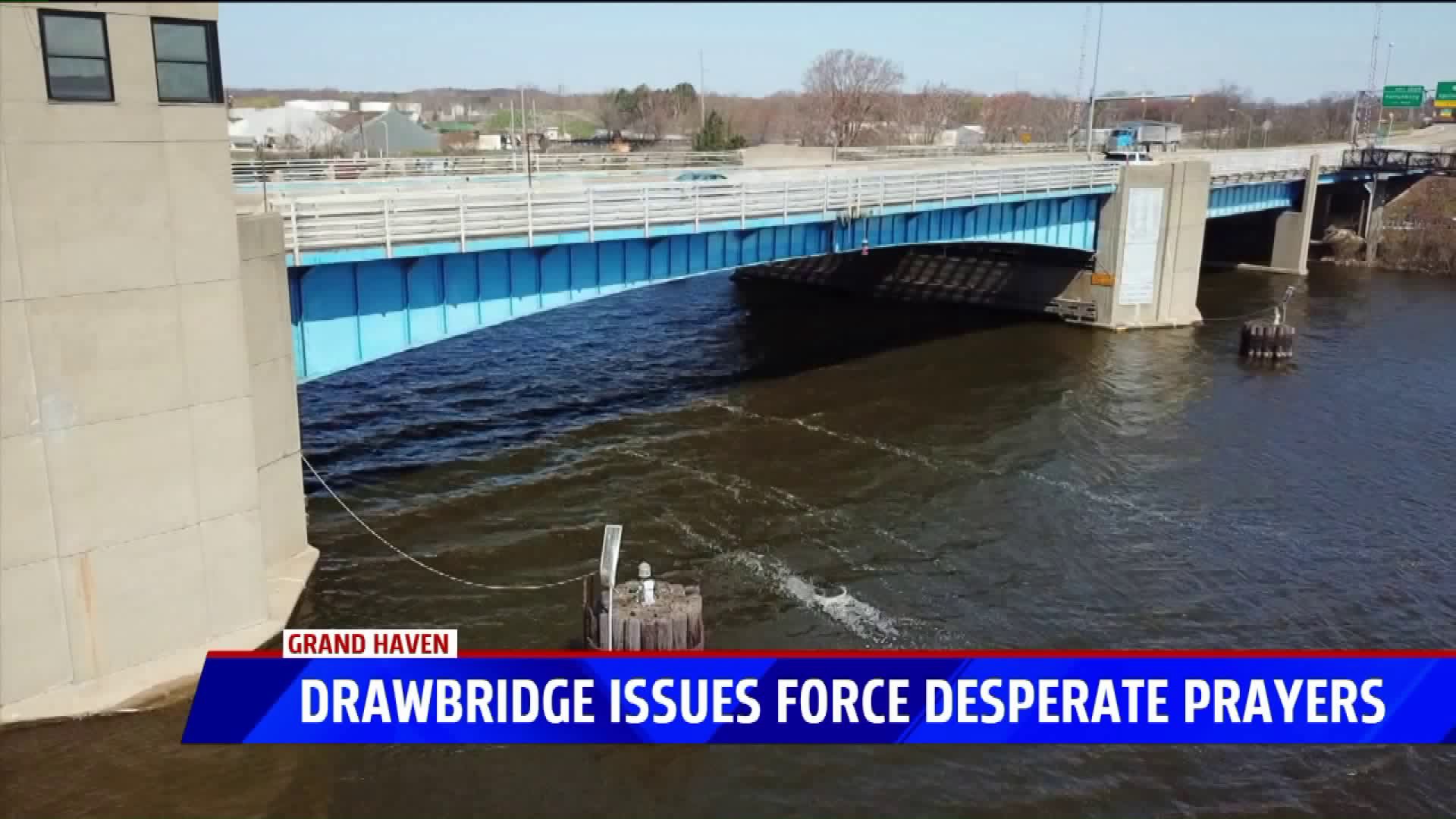 GRAND HAVEN, Mich. — Crews are continuing to run tests on the Grand Haven drawbridge after another malfunction stopped drivers in their tracks Thursday night.

The bridge got stuck around 4:30 p.m. and reopened about 30 minutes later, an issue that residents say is becoming too common.

On Thursday, her typical five-minute commute home took 90 minutes thanks to the congestion caused by the drawbridge.

She said it’s the third time that she has been stopped by a bridge malfunction.

The Michigan Department of Transportation has invested nearly $900,000 for new components on the bridge that are still being tested.

“There’s new electrical components, this is been a project ongoing since December, so we are working out the kinks,” MDOT spokesperson John Richard said.

He said he understands the inconvenience, and assured drivers that MDOT is working as quickly as possible to find a fix.

“This morning at 10:30 I’m coming to work, the bridge was up and I just like pray to God, ‘please go down, please go down,’” she said. “I went line on Facebook and asked my friends to pray for me so we don’t get stuck again.

“Everybody was cheering when the bridge went down.”