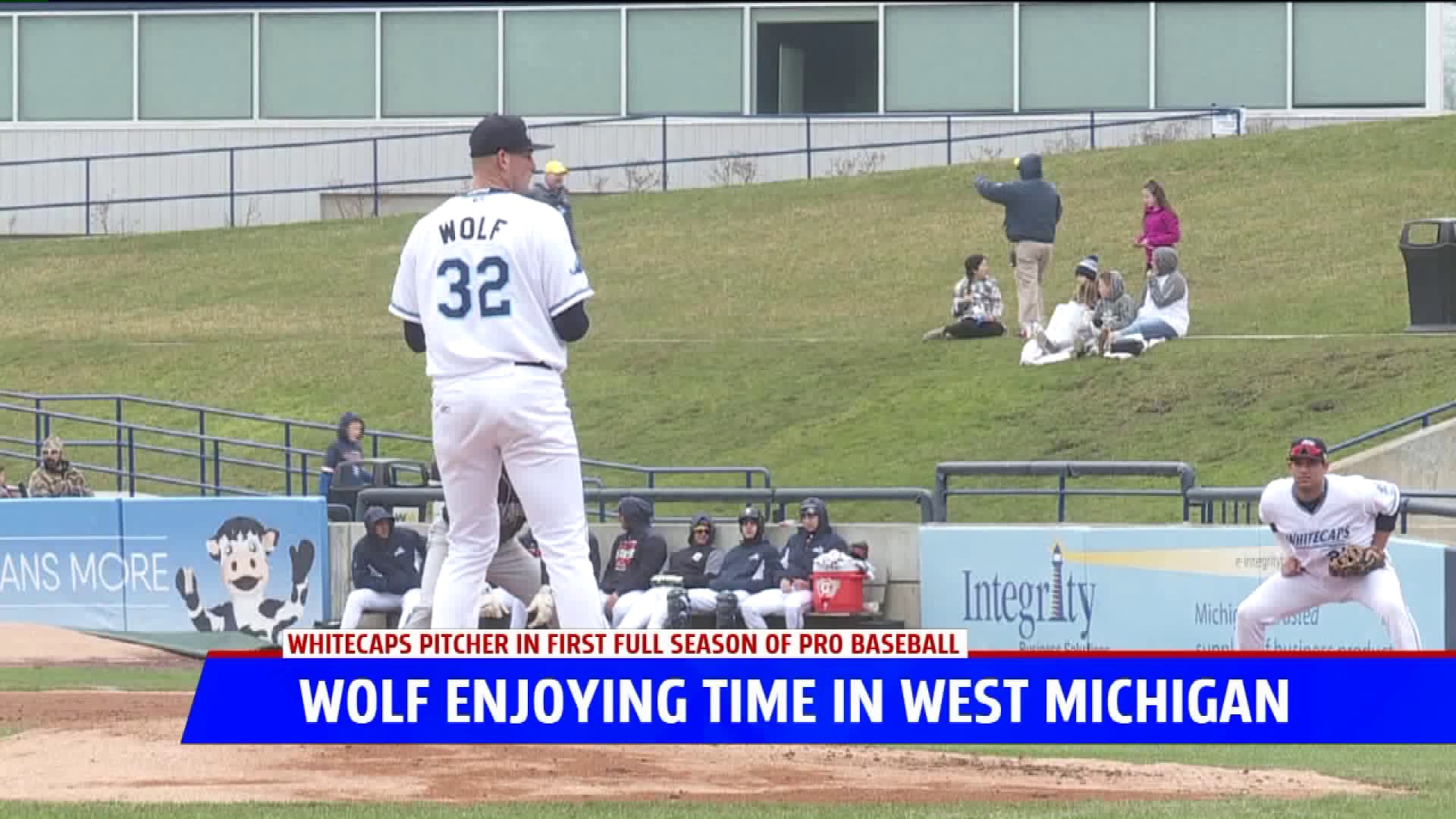 COMSTOCK PARK, Mich -- Adam Wolf was drafted in the fifth round of the 2018 MLB Draft by the Detroit Tigers and is now in West Michigan for his first full season of professional baseball.

"I've heard this is the best place to be in minor league baseball," Wolf smiled, "and I'm excited about being here."

While Spring Training is important for MLB veterans, it is for the young prospects like Wolf as well, even if they're likely a few years away from getting a crack at the big leagues in the regular season.

"Spring Training is all about just staying healthy and getting in the swing of things, just trying to get back into midseason form," Wolf said.

"I saw Adam pitch a couple of games down there," Whitecaps manager Lance Parrish said about Wolf's time in Spring Training, "he threw the ball very well, I'm excited, he's a big guy."

Wolf stands 6'6" tall and weights 235 pounds and while he won't blow you away with his velocity, with a big frame, he can surprise hitters.

"His fastball gets on hitters," Whitecaps pitching coach Willie Blair mentioned, "it seems like it's harder than what the radar gun says, I think he's going to be fine."

With professional baseball comes bigger crowds but Wolf played big time college baseball at Louisville and is ready for the spotlight.

"Our home stadium at Louisville had about four or five thousand so I've played in front of some bigger crowds," Wolf said, "I'm used it in that sense."

Wolf was college teammates with Tigers' 2016 fourth-round draft pick Kyle Funkhouser who also played in West Michigan and is climbing through the organization. The two of course spoke about what it's like to play at Fifth-Third Ballpark.

"He had great things to say, he said he loved it up here," Wolf said, "it's awesome being able to hear from him, just being able to talk to him, throw with him in the offseason and get advice from him."

Wolf was tabbed as the Whitecaps Opening Day starter before the season by manager Lance Parrish and he's hoping the big lefty can be the workhorse for the rotation this summer.

"I just hope he becomes a leader for the rest of the guys," Parrish added, "he seems like he knows what he's doing, he's very mature, we need someone to step up and lead our staff and he might be the guy to do it."