Ferris State gets a look at young depth in Spring Game 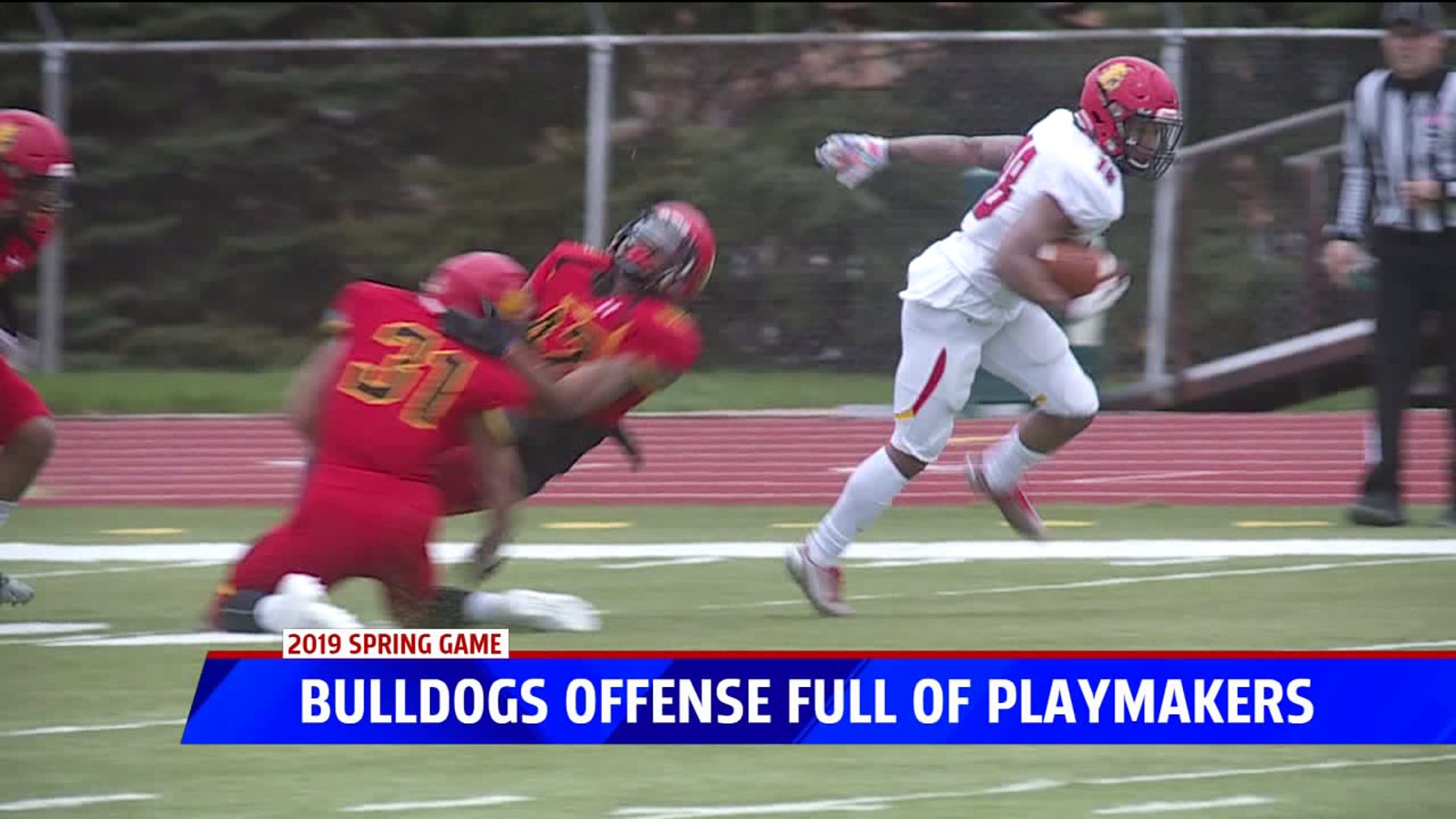 BIG RAPIDS, Mich -- Spring games are usually an exciting time for any player, no matter if they're starting or on the bench, but not during Saturday's spring game at Ferris State.

Coach Annese chose to go the cautious route by holding many starters out of the game, a chance to see how deep the program is and give the backups an opportunity.

"Of course, starters can get antsy to get out on the field but Annese said it really wasn't difficult to keep his best players on the sidelines.

The Bulldogs had one of the most explosive offenses in college football last season, of course led by Harlon Hill winner Jayru Campbell but even with the graduation of standout receivers Keyondre Craig and Malik Taylor, there's a lot of playmakers at wide out this season.

"I think we have a lot of young talent," Annese said talking about the wide outs.

"Even with thousand-yard receiver Sy Barnett held out of the game, the three Ferris quarterbacks, including West Catholic alum Travis Russell, had no problem finding playmakers.

"The best thing about playing here especially on the offensive side of the ball, no matter your position or what year you are there's weapons all around you," Russell said.