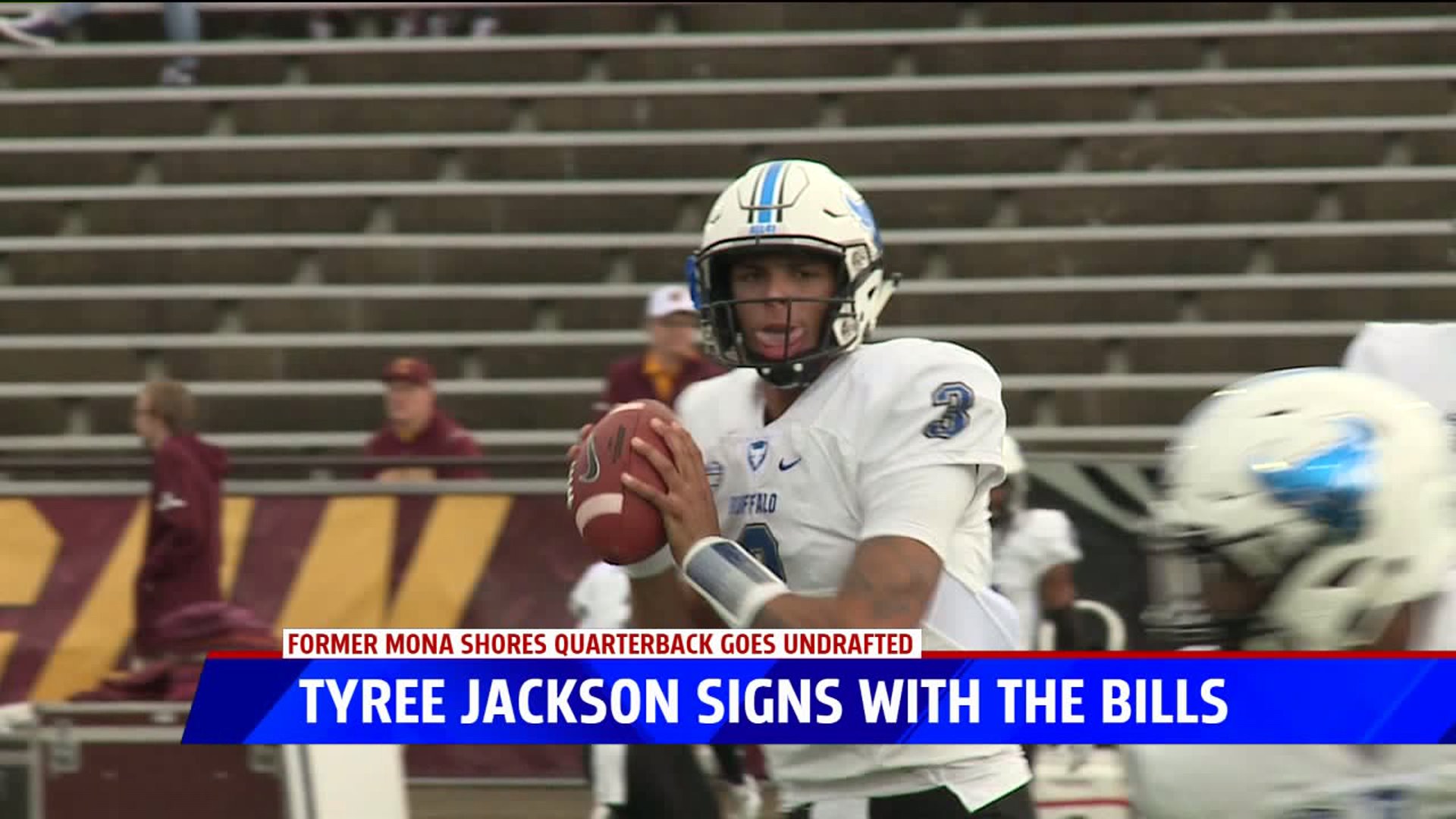 GRAND RAPIDS, Mich -- The NFL Draft didn't go the way former Mona Shores standout and Buffalo quarterback, Tyree Jackson would have hoped. However, moments after going undrafted, he became the first signee of the Buffalo Bills undrafted class, according to ESPN's Adam Schefter.

Undrafted Buffalo QB Tyree Jackson reached agreement with the Buffalo Bills on a deal that includes $75,000 guaranteed, per source.

So some of the sting of not being drafted is softened by getting to stay home and to compete for the Bills’ No. 2 QB job.