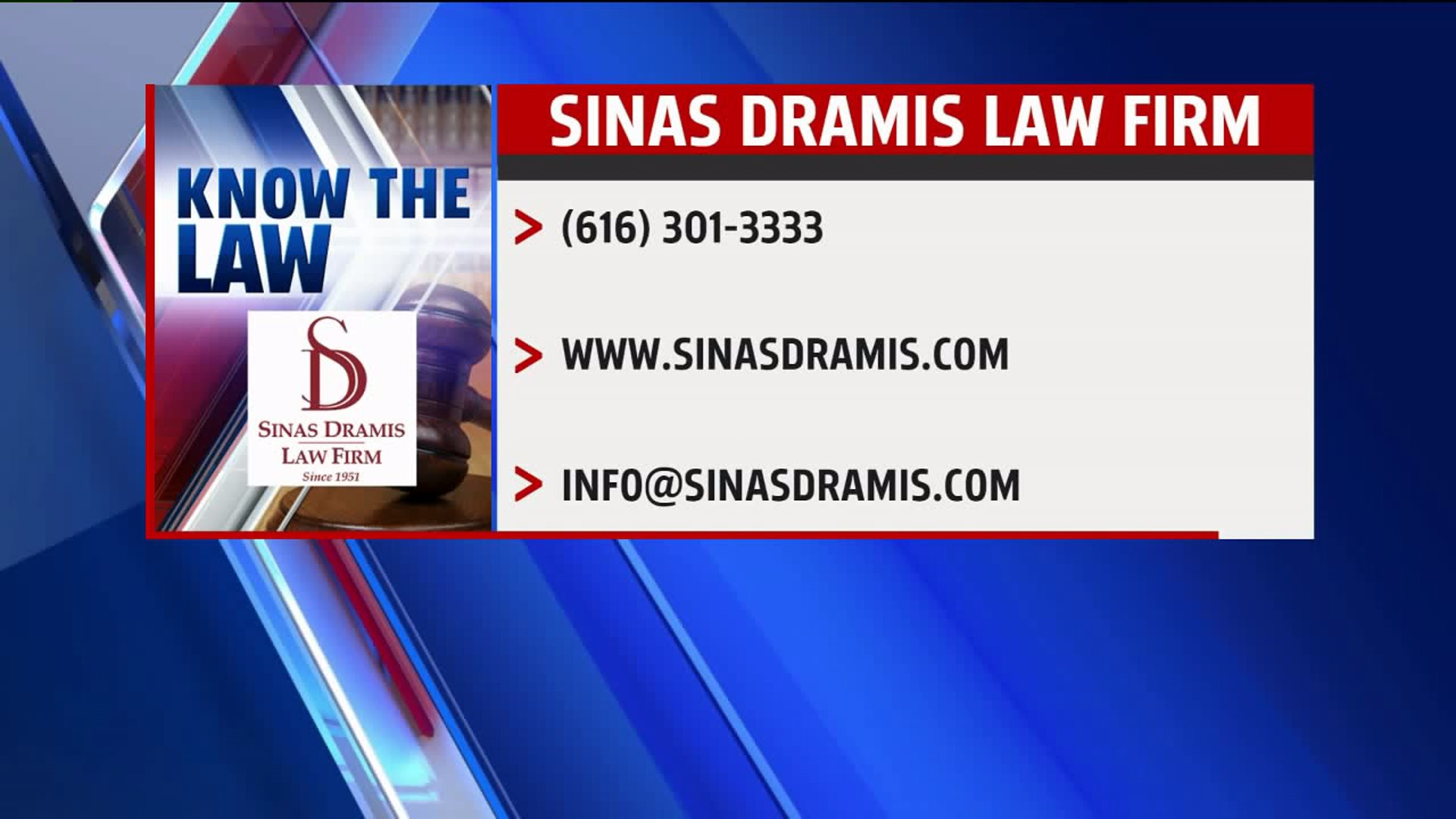 The Michigan bail system is currently under discussion and attorney Tom Sinas explained more this week. While Tom now practices personal injury law, he is a former prosecutor so touches on criminal law topics from time to time, especially ones that affect essentially everyone in Michigan’s criminal justice system. Currently, not only is there a federal lawsuit that seeks to change the cash bail system, but new legislation by Grand Rapids Representative, LaGrand, is currently up for proposal in Lansing.

What is the Purpose of Bail
While many may think of bail as punishment for wrongdoing, that is, in fact, not its intended purpose. Bail is set in the criminal justice system before anyone is convicted of a crime and before trial even begins. Therefore, bail is a tool whose sole intention is to ensure people released from jail return to court for trial.

Michigan Bail System
In the state of Michigan, residents have the legal right to bail. Since the law in the state says bail “can’t be excessive,” this means judges have a lot of discretion setting the monetary amount defendants have to post before they are released. Just like many other states, Michigan relies on a cash bail system. This means a lot of people in Michigan’s criminal justice system cannot get out of jail before their trial simply because they don’t have enough cash to make their bail.

Studies show those who can’t post bail are more likely to lose their job, have higher rates of pleading guilty, and are less prepared for their trial.

Proposal to Change the Bail System
LaGrand’s proposal would take the state from cash bail to a personal reconnaissance system, which essentially just means defendants promise to return to court for their trial. With this proposed bill, as well as the current federal lawsuit challenging the legality of cash bail, we can expect to hear a lot more about the Michigan bail system in the future.