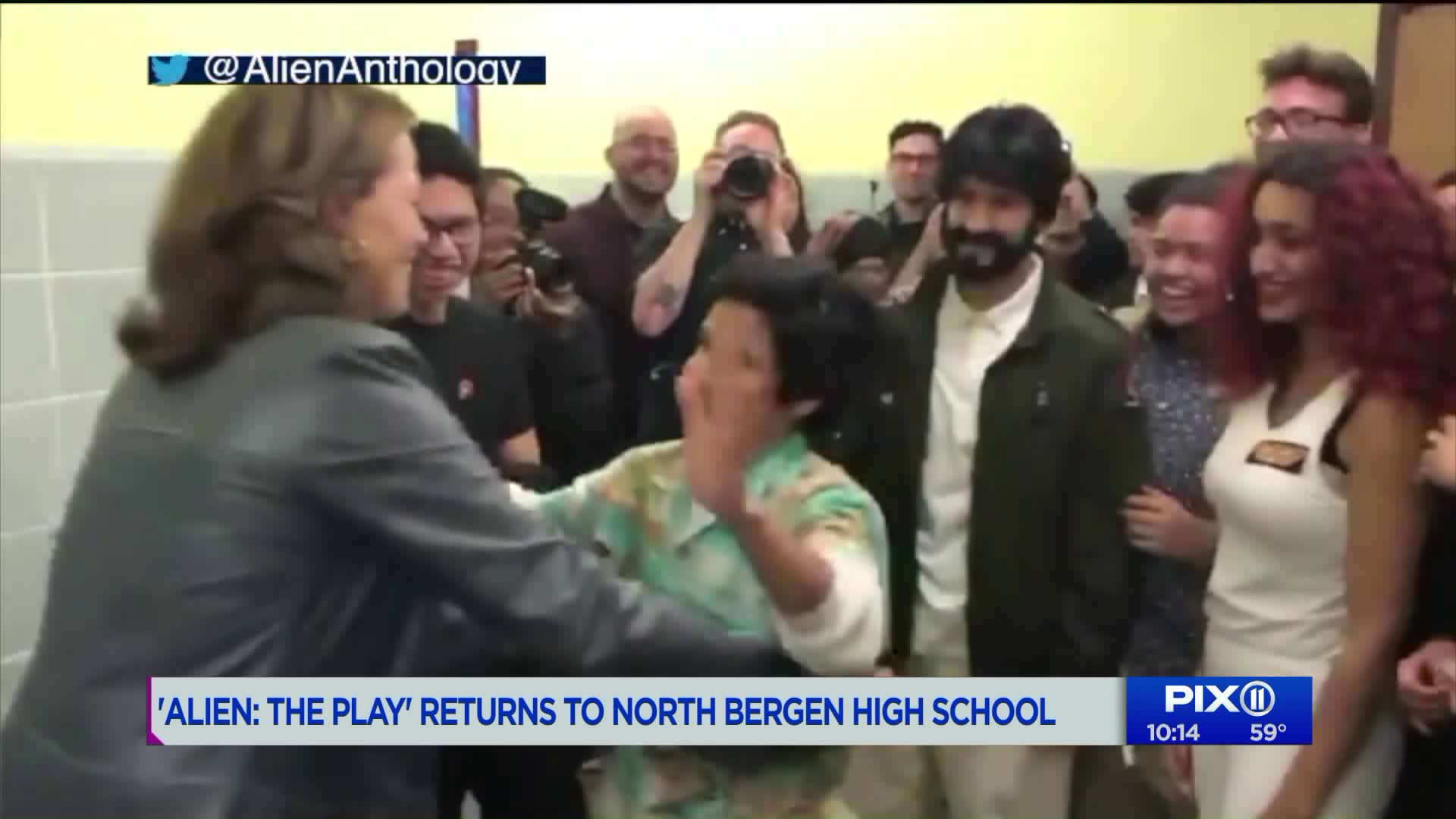 This drama club put on an encore performance of their production of "Alien" this evening.

NORTH BERGEN, New Jersey — The cast of North Bergen High School’s production of “Alien” got a visit from the star of the original movie - Sigourney Weaver.

Weaver met with the cast and crew Friday evening before the start of the performance.

Their version of the sci-fi horror classic made national headlines last month - drawing Weaver's attention as evidenced by an Instagram video where she praised the teens for their work.

Providencia Ramirez is the proud mom of Gabriella Delacruz. Gabriella has the lead in the show playing Ripley, Weaver’s iconic character.

The spotlight on the high school play and Weaver’s visit were unexpected.

“It’s a huge surprise, but the kids are so talented and so are the play’s producer and all the crew,” Ramirez said. “Everybody put so much work into it.”

The cast and crew spent their spring break preparing for tonight’s encore performance.

The students made every prop, costume and set piece, wanting to stay true to the original movie.

All the attention led to tonight’s encore performance. More than an hour before the start, the line to get into the High School auditorium was long.

The sold-out show was seen by an audience of 850 people.

“I’m just speechless about this. You wouldn’t think this would happen in a small town like North Bergen,” said Lester Delgado, a member of North Bergen High Class of 1998. “We have some talent in North Bergen and I welcome everyone to come watch the play and put North Bergen on the radar!”

Ridley Scott, the director of the original “Alien,” donated $5,000 to help fund the encore performance.