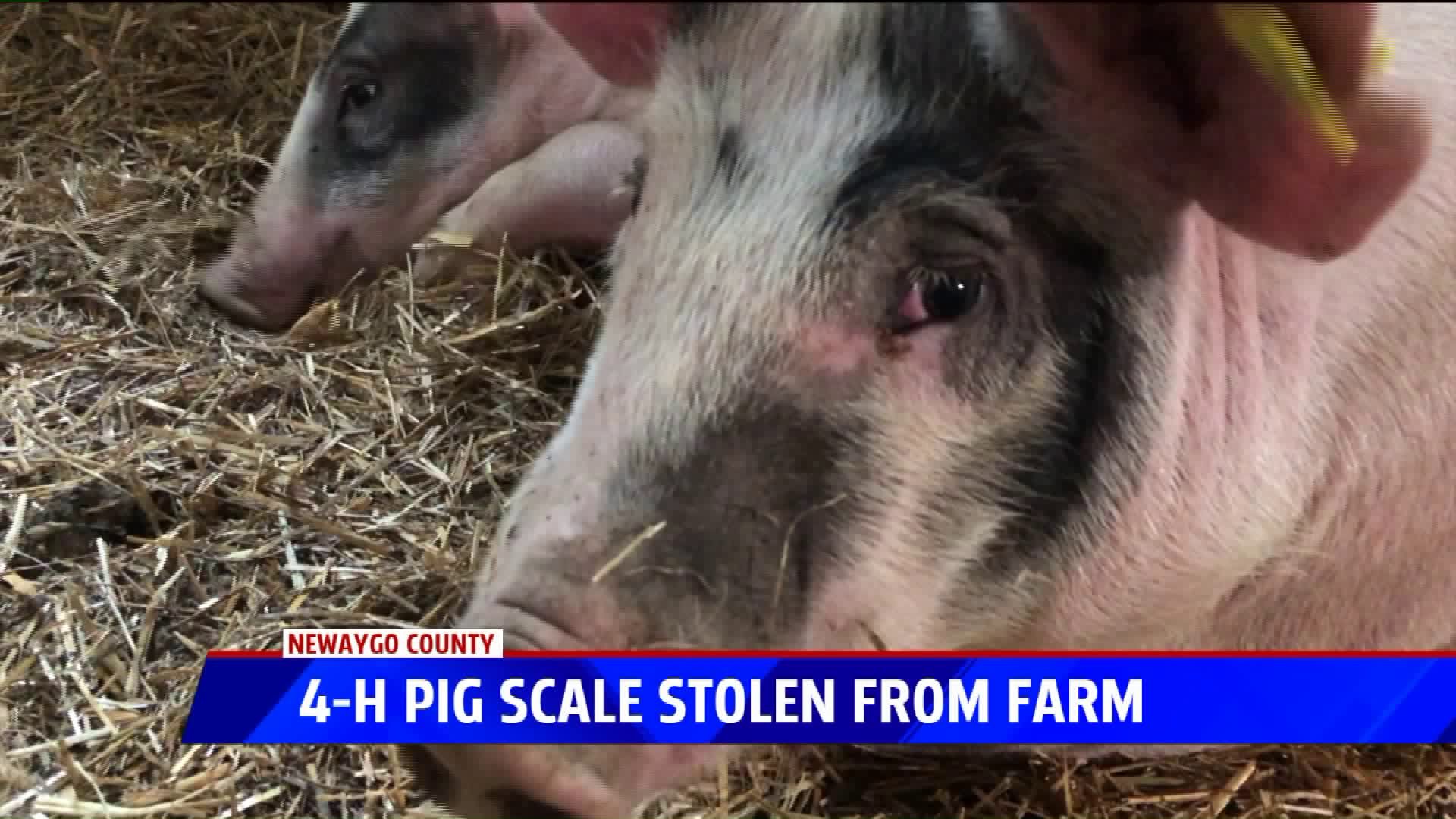 FREMONT, Mich.-- The future of a 4-H club in Newaygo County is in jeopardy after its pig scale was stolen.

On Tuesday, Lou Anne Purdy and her nine Kids and Kritters 4-H Club members were opening their barn for the summer season when they realized their most important piece of equipment was gone.

“Whoever took it had to have some muscles because the pig scale weighs about 300 pounds," Purdy tells FOX 17.

They believe the scale was stolen some time between last August and last week because during the off season, they don't use the pig barn.

Purdy says she's not sure what to do with their new litter of pigs now that they have no way of weighing them.

“They’re like, ‘What are we gonna do?’" Purdy says. "I’m like, ‘Maybe someone will get a heart and bring it back.’ You know, but I’m not really holding my breath on that.”

The scale is critical to successfully showing a pig at the Newaygo County Fair, where the pigs must be between 220 and 300 pounds, according to Purdy. She says the kids weigh their pigs at least once a week to make sure they're on track for the fair.

“These kids bust their butts working with their pigs all summer, cleaning them - everything," Purdy says. "I mean there’s nothing worse than kids scrubbing a pig ... to get it ready for the fair ... and then not making weight because they’re either too light or too heavy.”

Without the scale, the future of the club is in jeopardy; replacing it would cost about $1,500. That's money they just don't have.

Not making weight means the pig won't sell. Purdy tells FOX 17 the kids rely on those checks for things like school supplies and saving for college.

“These kids depend on that check you know, it helps them out tremendously," says Purdy's daughter, Aryianna Cook.

Cook plans on following in her mother's footsteps and leading the club next year. For Cook, 4-H has always been a big part of life, which is why this theft hits hard.

“We’ll see if somebody has the heart to return it because, like, this was my life all my life," Cook says. "And for them to do it to these kids now it just breaks my heart even because I was in their shoes and now they don’t have anything to go forward with.”