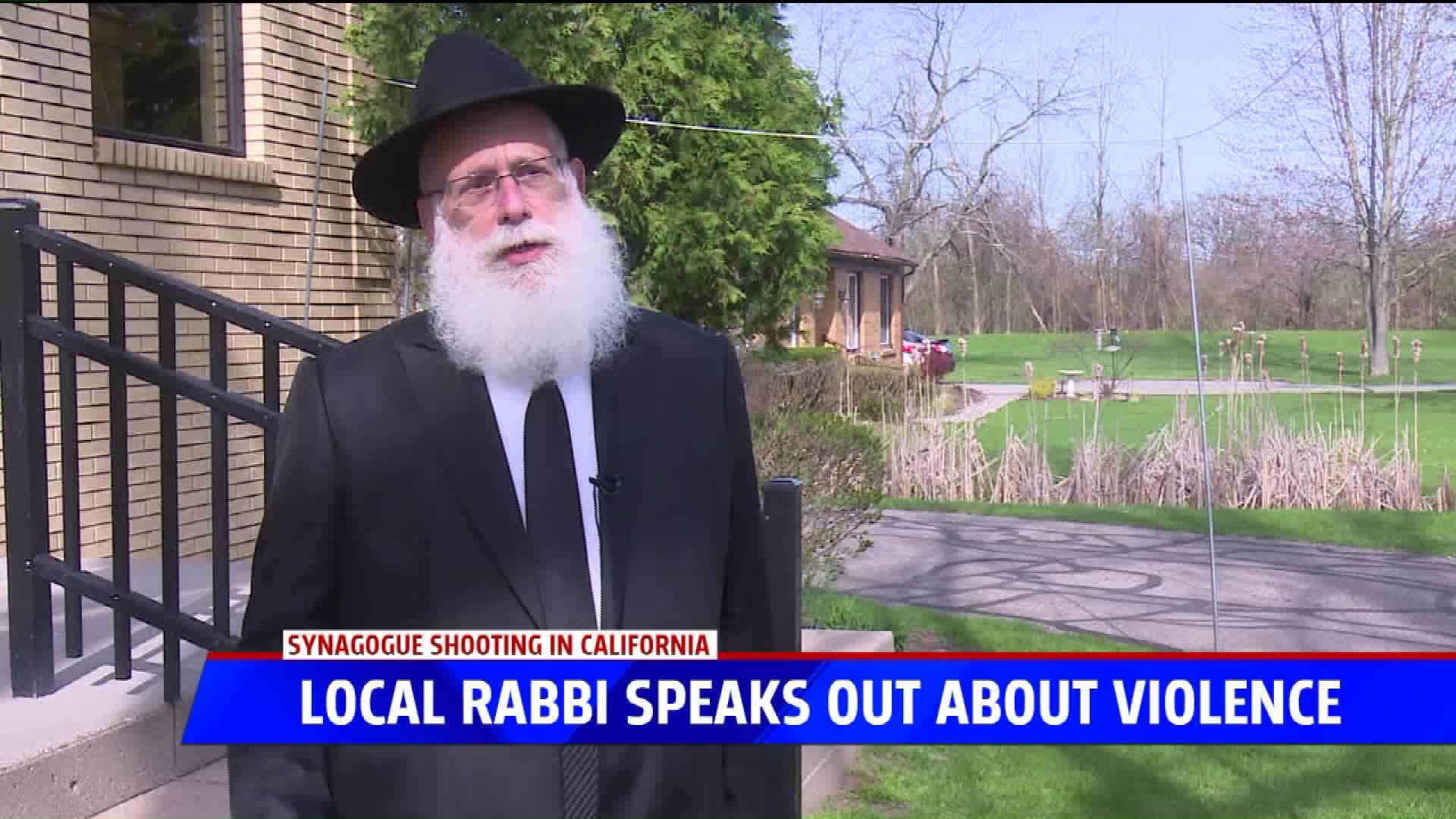 GRAND RAPIDS, Mich. -- Members of the Jewish community are speaking out about recent attacks on their faith.

The shooting on Saturday came six months after 11 people were killed at a synagogue in Pittsburgh in what's been called the worst anti-Semitic attack in modern U.S. history.

One Jewish leader in Grand Rapids says they will continue taking extra precautions while also praying for peace.

"We say that in every generation there are ones that want to murder us, but God stands and helps us from these tragedies," Weingarten explained.

Weingarten is sharing similar sentiments as Rabbi Yisroel Goldstein, who was injured in Saturday's shooting in San Diego. In a video posted on Facebook, Goldstein spoke powerfully from his hospital.

"Our minds and thoughts and prayers are with them in this tragedy and we pray that nothing like this happens again," Chabad House's Weingarten added.

With recent deadly attacks on Jews in America, Weingarten is taking extra precautions at the Chabad House in Grand Rapids.

"We’ve heightened our security," he explained. "We are looking at different ways now to heighten our security. The Torah tells us you don’t rely on miracles; you have to do something." That includes adding security cameras and keeping doors locked.

"It's a wide community that’s affected by these kinds of crimes," Weingarten, added.

Weingarten says the congregation will also use this time to reflect on the goodness and kindness in their community in memory of the victim.