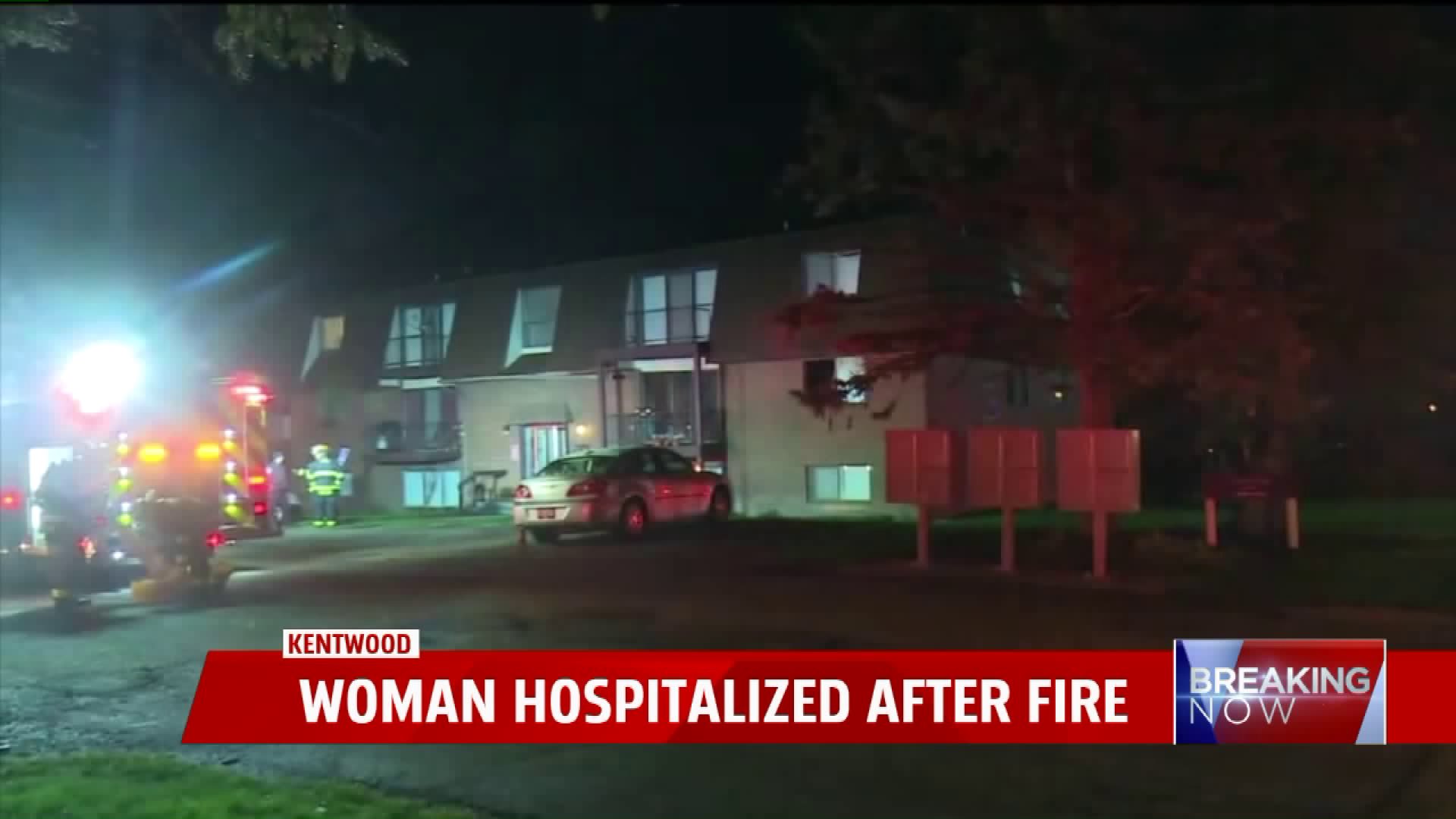 KENTWOOD, Mich. -- A woman is hospitalized after an early morning fire at an apartment complex in West Michigan.

Fire Chief Brent Looman told FOX 17 that crews responded at about 2:30 a.m. Sunday morning to reports of smoke coming from the building on the 4000 block of Nature Trails Dr.

After finding a fire in the kitchen, neighbors told them someone may still be inside.

Firefighters managed to get an adult woman out and sent her to a hospital where her current condition is unknown.

Chief Lowman says they put the flames out quickly and kept it from spreading to the rest of the building.

All other residents have been let back into their own apartments.

No word yet on what may have caused the fire.

The case is still under investigation.