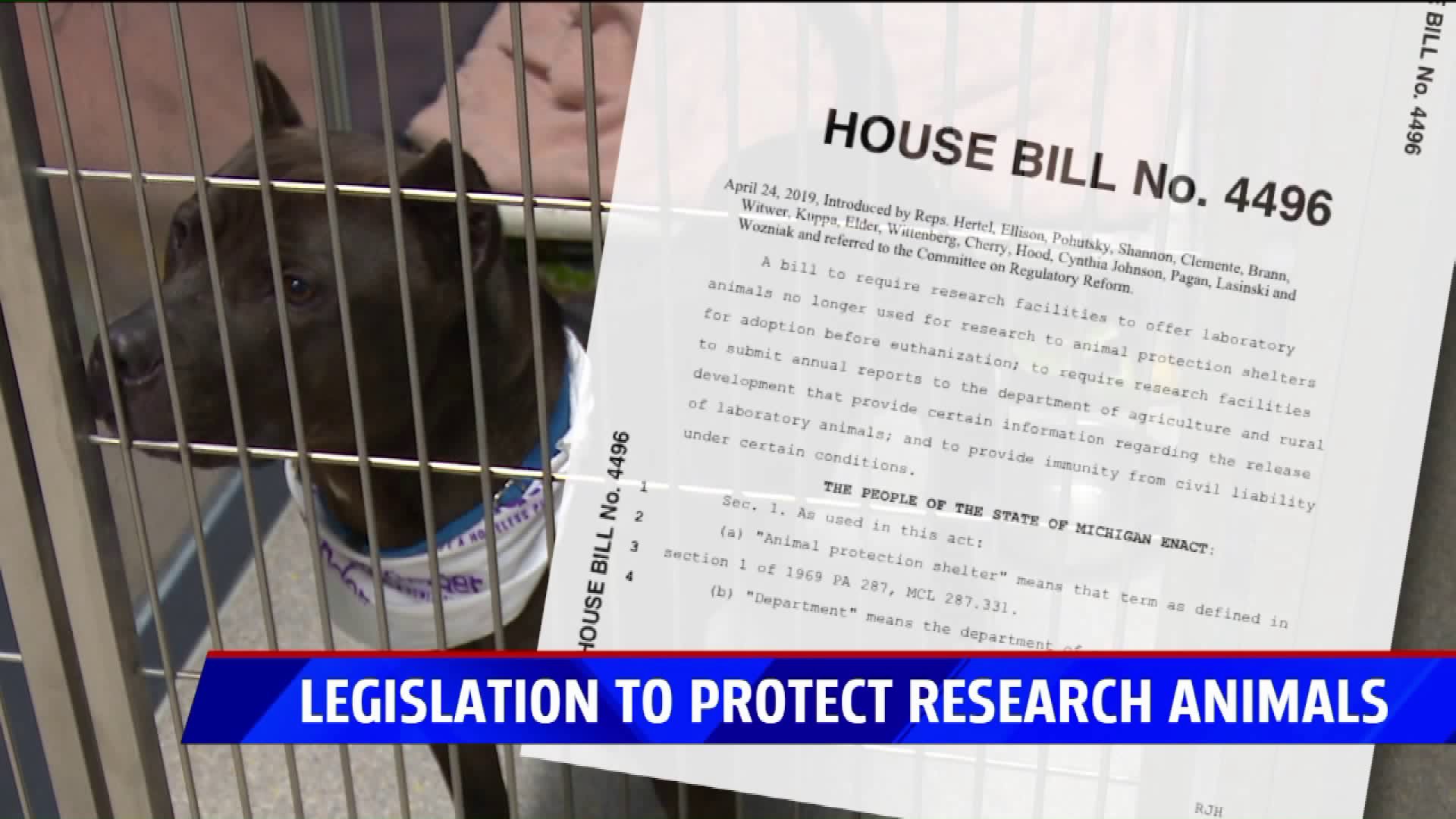 LANSING, Mich. — Last month, undercover video of animal testing at a lab in Mattawan was released and sparked nationwide outrage.

Now, a new bill in Lansing aims to save the lives of dogs and cats after they’ve been used in testing.

Since the video was released, that testing has stopped and according to the Humane Society of the United States,  32 dogs who were set to be killed were sent to a shelter for adoption.

That’s the main of goal of this new bill, now in a house committee in Lansing.

"We are very, very excited to see this bill introduced in a state where there’s been a huge outpouring of support from the public," Humane Society of the U.S. Vice President of Animal Research Issues Kathleen Conlee said.

An outpouring of support following that upsetting video taken undercover at a testing facility in Mattawan. The dogs seen in that video were originally set for euthanasia but are now being placed for adoption.

"We shouldn’t be using animals unless it’s completely necessary but in the meantime we do want to see animals released into homes," Conlee, added.

If passed, House Bill 4496 would require the same fate for all dogs and cats used in lab testing in Michigan. The Humane Society of the United States says a law like this is not a new idea.

"A number of states have passed similar legislation, where animals or dogs and cats specifically, are adopted into homes, there’s a bill on the governors desk in Washington right now, last year we passed a bill in Maryland," Conlee said.

"This is a trend throughout the country, I think people want to see what’s best for the animals," Conlee added.

Right now, there are just under 10 facilities in Michigan who use dogs and/or cats for research. In the end, if this bill is passed it would be up to them to determine if the animals are healthy enough for adoption.

The new bill would also require more transparency from labs.

Teddy was rescued from an animal testing lab in Mattawan, Mich. (Courtesy: FOX 2)

Every year they would have to report the numbers of animals they have, how many they use in testing and how many they give back to shelters.