Driver killed in crash on US-31 in Muskegon County 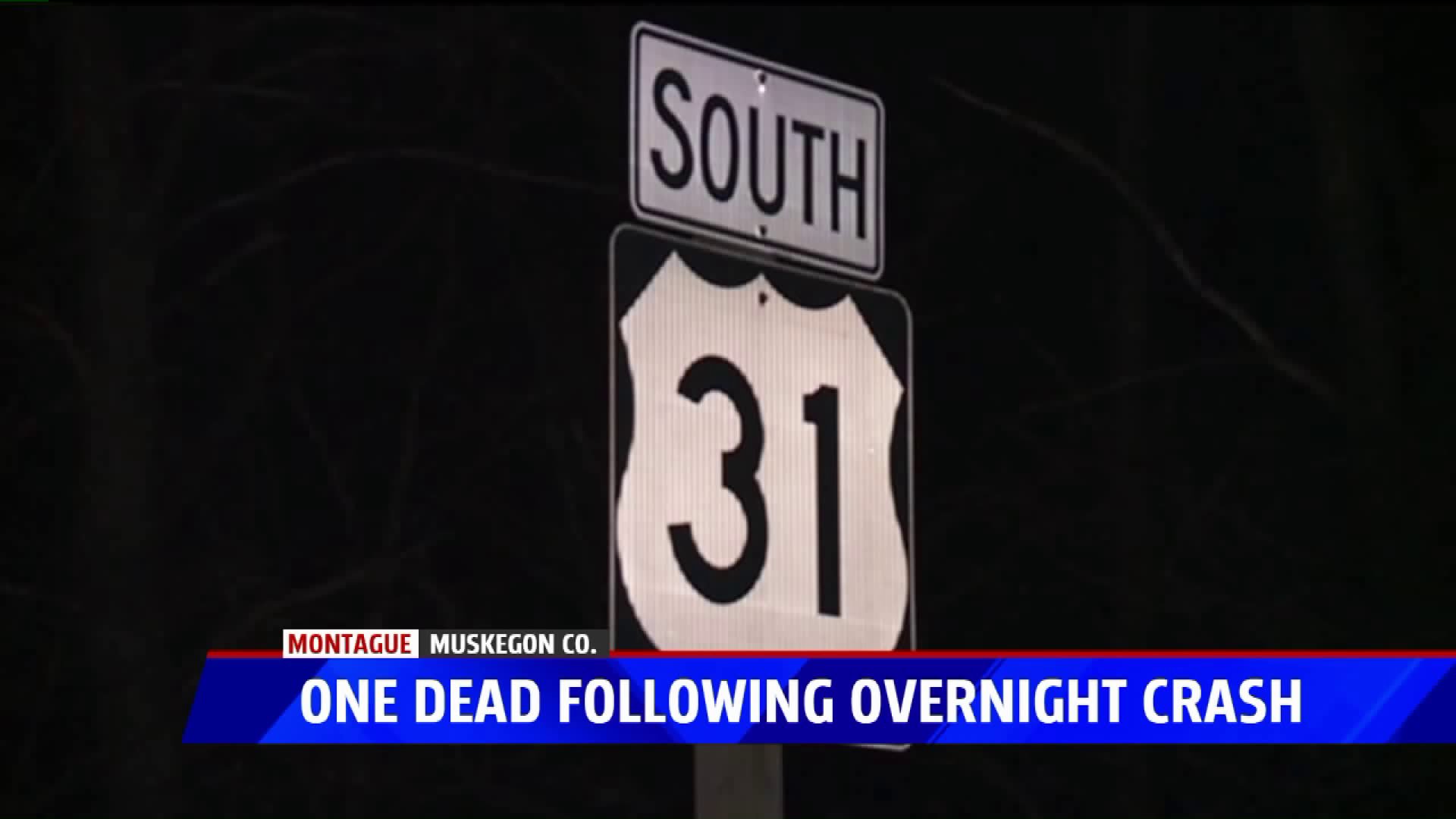 MONTAGUE TOWNSHIP, Mich. -- A driver is dead after a crash late Sunday night in Muskegon County.

It happened around 9:20 p.m. Sunday on northbound US-31 near Fruitvale Road.

The driver, a 68-year-old man from Rothbury, lost control, went off the road, and hit a median before the car overturned.

No other cars were involved in the crash.

Police say the driver died from his injuries at the scene. No names have been released.