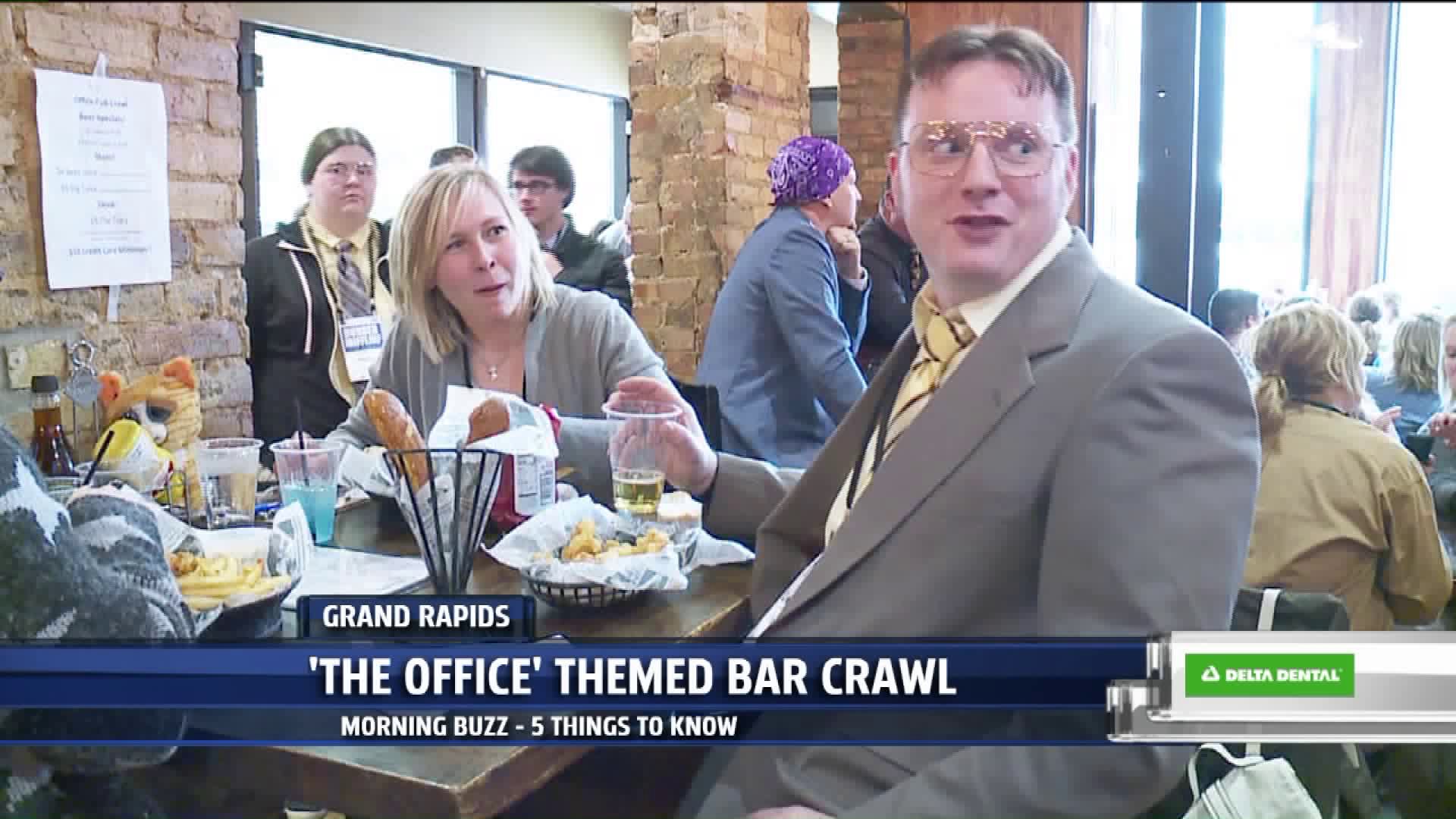 Playing the deciding Game 5 of the Central Division Semifinals in Chicago, the Griffins lost 4-2 to the Wolves.

The Griffins scored first in the first period and added a point late in the third, but couldn't keep the momentum going. The Griffins won Games 1 & 3 of the Best-Of-Five series.

This was the team's seventh consecutive playoff appearance.

2. All this week families can head to the Wyoming Spring Carnival.

There are a ton of rides, and of course, games and food set up in Lamar Park.

Money raised will benefit youth scholarships, and programming through the Wyoming Parks and Rec Department, as well as the Greater Wyoming Community Resource Alliance.

The carnival runs through May 5.

3. Wheel of Fortune host Pat Sajak is adding the credential of Chairman to his resume. He'll be leading the governing board at Hillsdale College.

He's been on the board of the Southern Michigan College for more than a dozen years, but he didn't attend the school.

Sajak says he's been preparing for months to take over the role previously held by William Brodbeck. His preparation included spending time on campus with students and staff.

4. Grand Rapids is no Scranton, Pennsylvania, but residents wouldn't have guessed that if they were downtown over the weekend.

Hundreds of fans of the TV show, "The Office" showed up from all over West Michigan to compete to see who knows the most about the show.

Organizers say the event was a huge success, and people there say they hope there's another bar crawl next year.

5. Don't call it a comeback, they've been here for years, but after a short absence Toys R Us is making a comeback for the holidays.

The company that currently owns the brand is set to open up several smaller stores in the U.S. according to the New York Post.