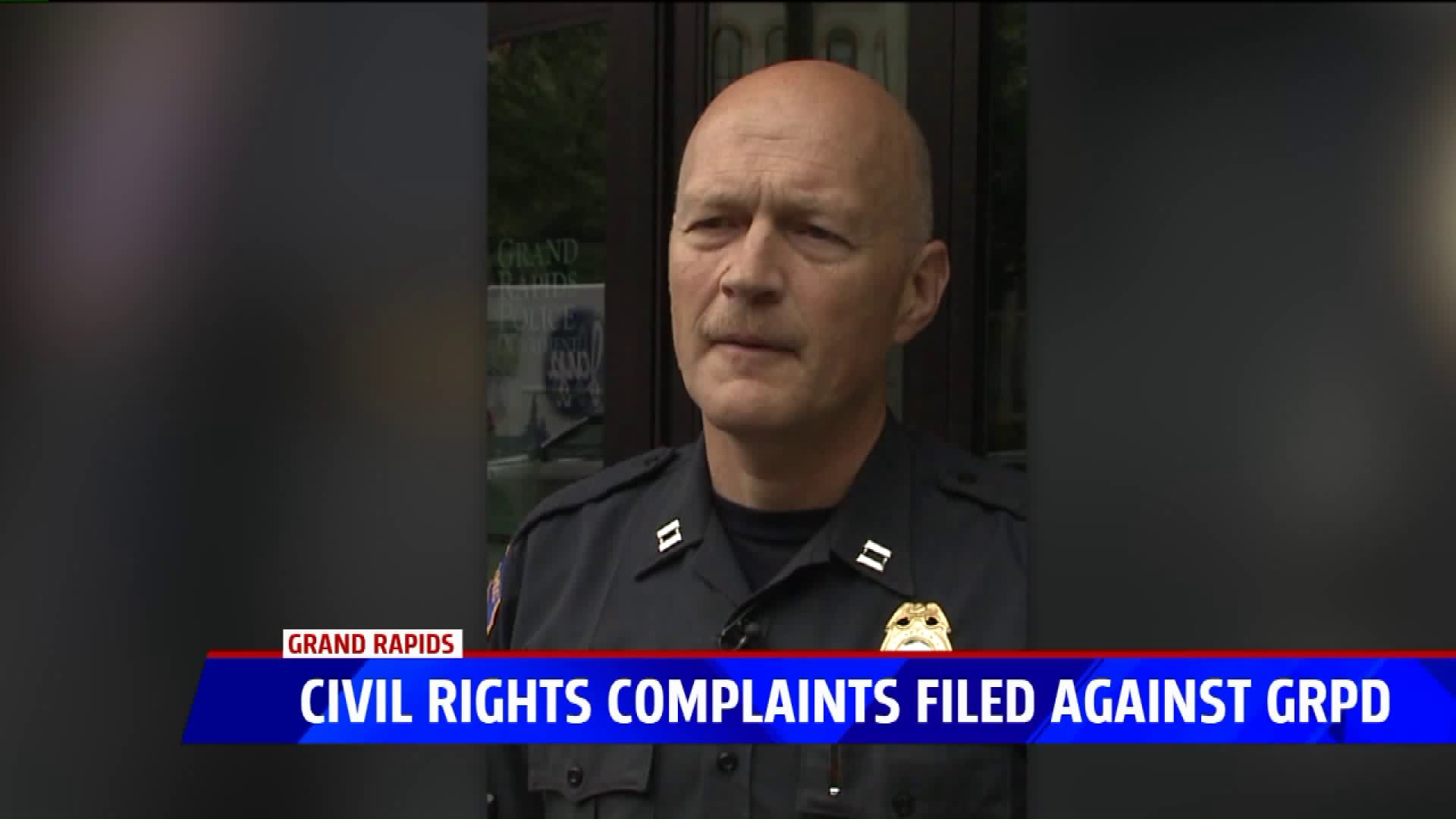 The American Civil Liberties Union of Michigan and the Michigan Immigrant Rights Center announced the actions on Tuesday. They allege the police department discriminated against a mentally ill war veteran in November and a 15-year-old boy last month.

"We see just an incredibly high volume of inappropriate contacts with Immigration and Customs Enforcement, and Captain Vanderkooi (being) exonerated from any wrongdoing in those instances, reinstated without a policy put in place," said Hillary Scholten with Michigan Immigrant Rights Center.

The groups say in a release the department "can't be trusted to police itself."

They allege an officer violated the man's rights by contacting immigration officials even though he's a U.S. citizen. They add another officer did the same by drawing a gun on the teen, who jaywalked and pulled away when grabbed.

"That's what would've happened in a white neighborhood."

The groups say they hope the complaints will force the departments to change what they call discriminatory practices.

"Police accountability is up to all of us, we have to demand it for ourselves," Scholten said.

City officials and Grand Rapids police say they are reviewing the complaints and don't have a response at this time.