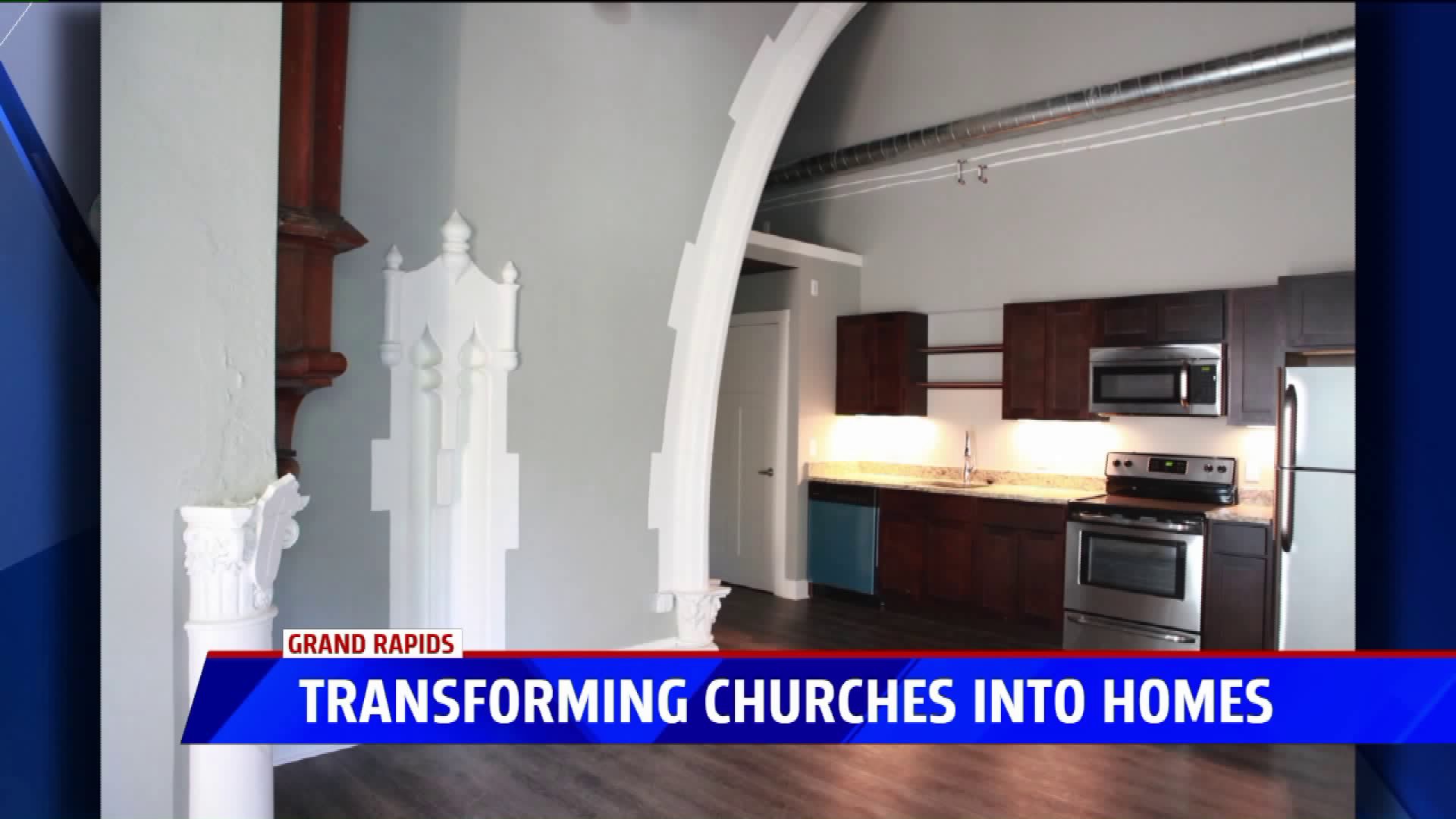 GRAND RAPIDS, Mich. -Planning Director for the city of Grand Rapids, Suzanne Schulz acknowledges that the Grand rapids area is known to be religious, "We are known for having a church on every corner."

Now many of those churches are transforming, as Shulz says, "Nothing stays the same."

In a recent trend many old churches are being re-purposed for new use.

"We’ve had almost about a half dozen churches in the past couple years change to something else, whether it’s office, but more commonly, it’s residential," explains Schulz.

Specifically, there have been seven churches converted to apartments in Grand Rapids during the past two years, some of them are currently under construction.

Among those churches is Bethlehem Lutheran Church on Prospect, now apartments owned by Lofts of GR.

Schulz says it's all due to, "a range of things from finances, to changes in leadership, to changes in vision about where they think their congregation needs to be in the future."

The transformation puts church properties back on the city tax rolls, and adds to the city’s population.

It’s a way to cherish our history, and grow simultaneously.

"So this really benefits everybody so that we have a new purpose for the building," says Schulz.

"The congregation can be able to put their resources into their mission, and we still end up with a vibrant active use."