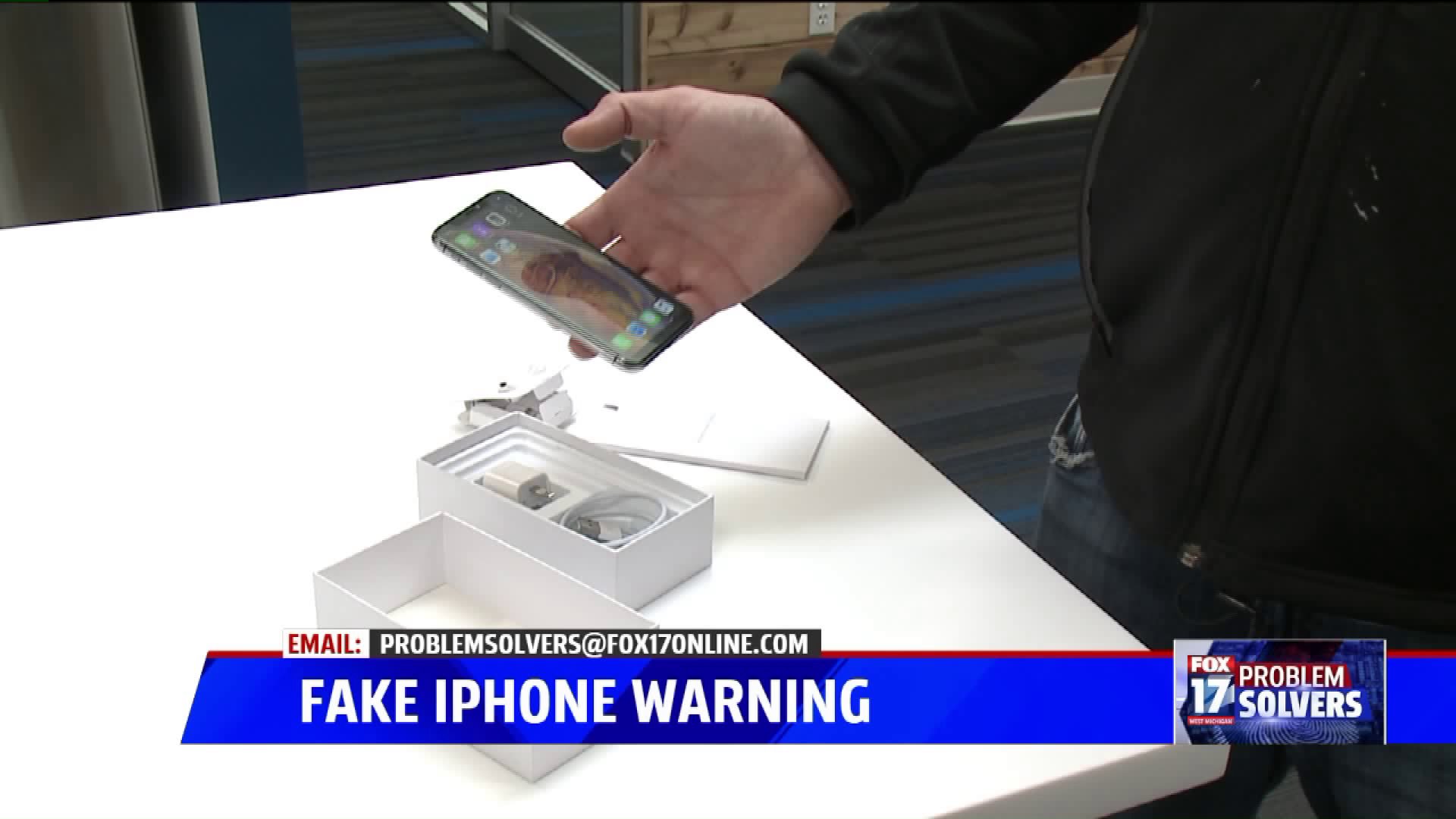 WEST MICHIGAN — A West Michigan man trying to save hundreds of dollars ended up wasting hundreds on what turned out to be a fake iPhone.

Unfortunately, there are people preying on unsuspecting customers who don't realize they've been duped until its too late.

"If you look at this thing, it looks like it should be an iPhone coming out of a box like that," the man said.

He wanted to remained anonymous since he gave the seller a home address.

"I got new hearing aids, and they work best with iPhones. So I decided that I'd have to switch from Android to iPhone," he explained.

If you do a quick search, you'll find a plethora of iPhones for sell on Facebook Marketplace and Craigslist. He said his son sent him a link to an ad on Craigslist. So the man called the seller and eventually met up with them to make a $500 purchase.

After taking the phone to a local phone carrier, they said it couldn't be activated and it wasn't an iPhone.

"The only way my son found out is when it rebooted it said 'Android' on it," the man recalled.

To add insult to injury, the serial number and imei number inside the phone don't match the numbers on box label.

Troy Baker with the Better Business Bureau said if there's a significant discount to any product, then that's red flag number one.

"That is the risk you take when you buy something second hand is that it may not work as advertised," Baker said.

He said, "So you really need to do as much investigating as you can about the product and really run it through the paces and make sure that it works the way you expect it to work."

The buyer said, "(I) just spent so much money on these hearing aids thinking I could get streaming to them, and my music to 'em and everything else and yeah, it was a big disappointment."

The Kent County Sheriff's Office says to check serial numbers, which should be 12 digits and not 11.