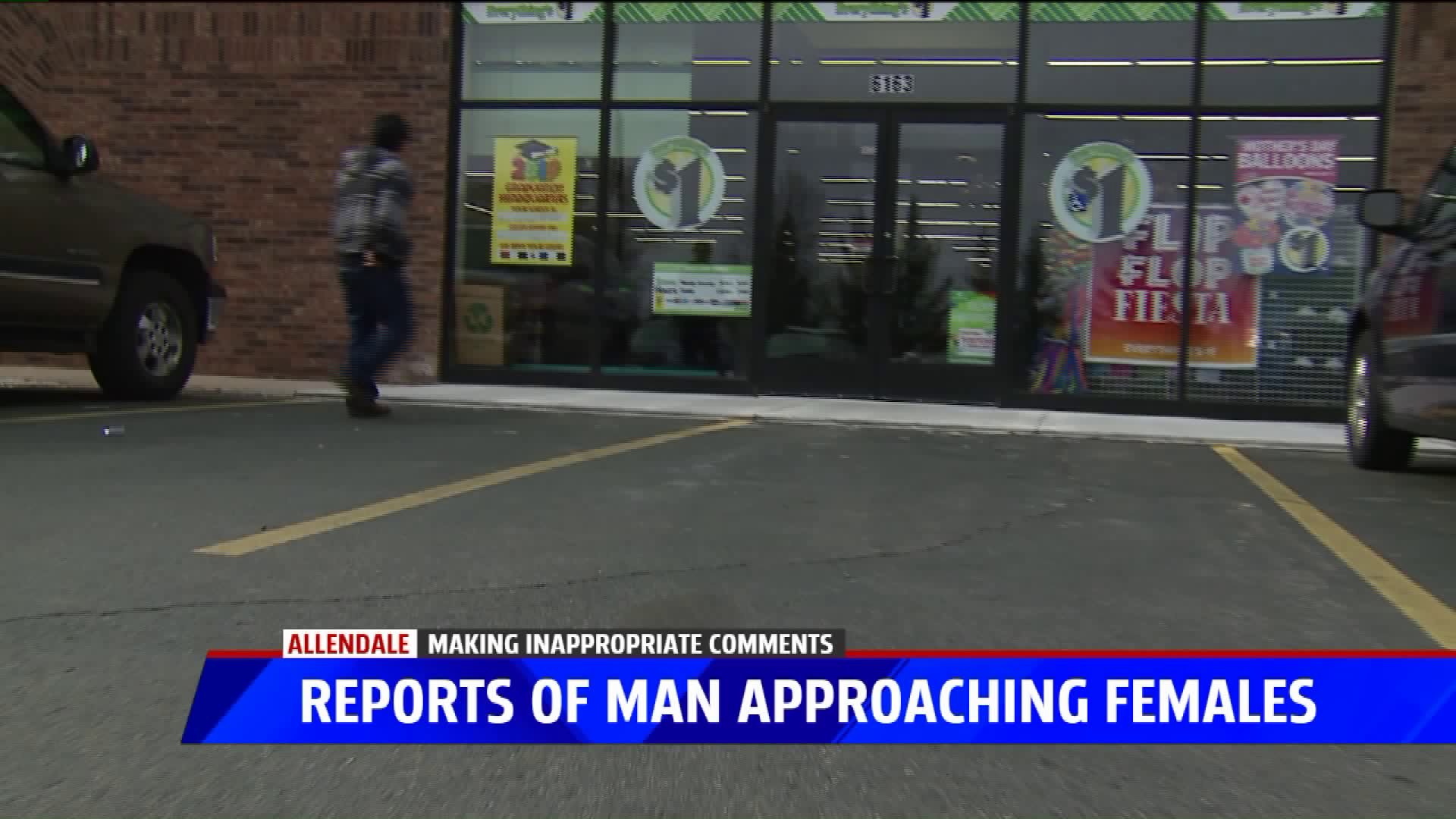 ALLENDALE, Mich. — Multiple woman have reported a man who has been going around to stores in Allendale with a peculiar lie. He's asking women if they'd like to come to the Sleep Inn to participate in a "wrestling" event.

When Rochelle Dozeman was approached by him at the Dollar Tree, she said she was creeped out.

“He said they’re looking for good-looking young women, physically fit women, to wrestle,” Dozeman said. “I was getting red flags, so I inquired about it. I asked him for any information, a flyer or something.”

When the man didn't have any information, Dozeman says she knew it was suspicious, but kept him talking.

“I knew I was safe. So, part of me was also thinking ahead, as a mom, if I can keep in talking, maybe they can catch him on the camera. I don’t know how this was all working in my mind, while all of this was going on,” Dozeman said.

Dozeman shared her story on the Allendale Informed Facebook page. Turns out, a very similar situation happened at the Allendale Family Fare.

Ottawa County Sheriff's deputies are working on figuring out what the man’s intentions are.

“Given the information right now, there doesn’t appear to be a violation of the law. But I want to be careful, and make sure that people know that it’s concerning behavior. But it’s just behavior that hasn’t, as far as we know, crossed any legal boundaries,” Captain Mark Bennett said.

Though this specific behavior isn't illegal, the sheriff's office says the man could be planning something more sinister, which is why they're glad it was brought to their attention.

“We would encourage the reports to law enforcement, because then we can vet the information,” Bennett said.

The sheriff's department also says they have a person in mind they'd like to talk to but haven't been able to locate them yet.

Rochelle says she's glad that she spoke out to protect other women.