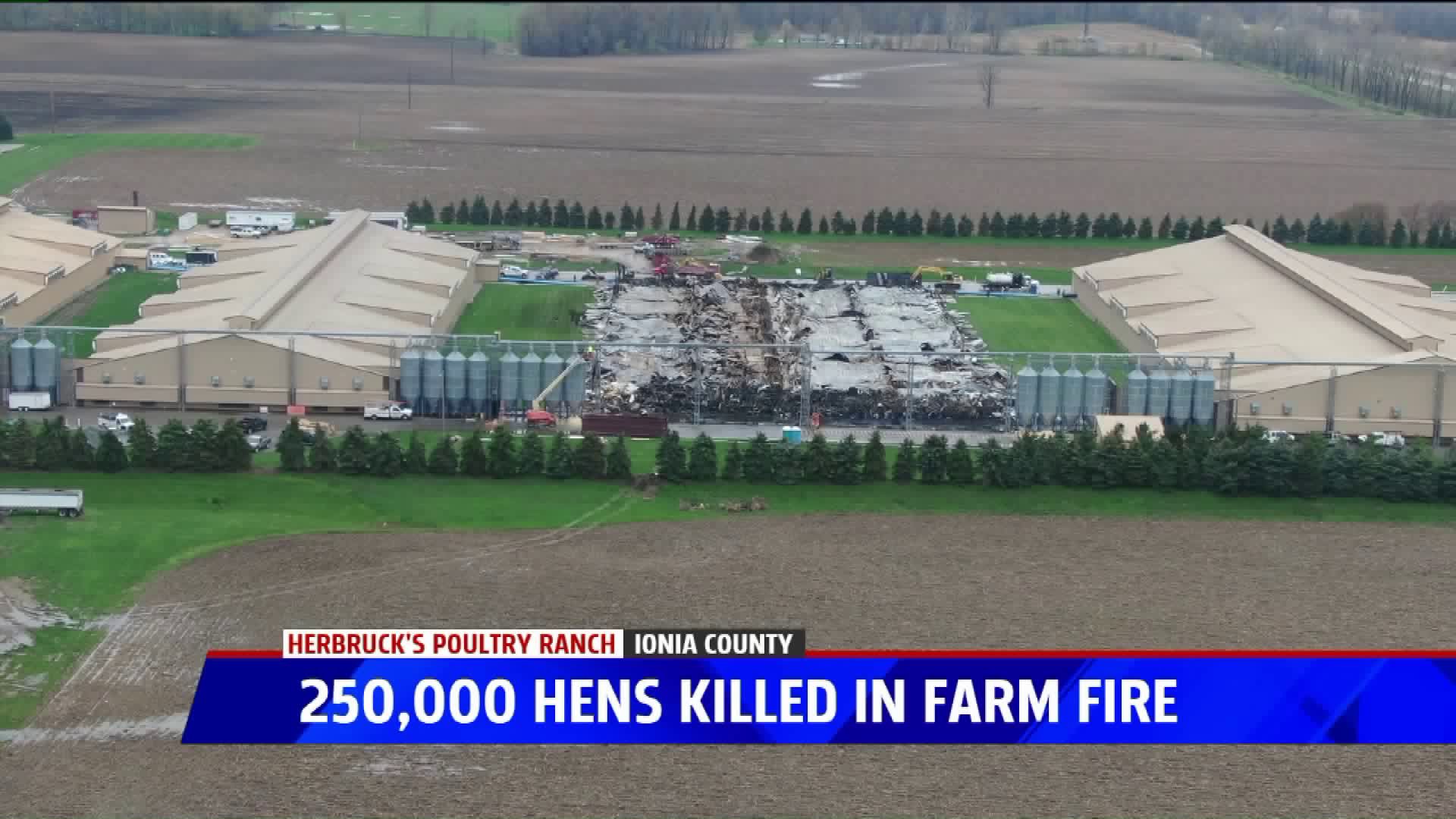 The fire broke out about 6:15 p.m. Tuesday at Herbruck's Poultry Ranch on W. Portland Road. One building was destroyed, but other buildings were saved.  The building housed approximately 250,000 hens and they all perished. No employees or first responders were injured.

Six fire departments responded to the fire and worked for hours to control the flames.

"There's steel, wood, steel, more steel," Berlin-Orange Fire Chief Matthew Bennett said. "So it just pancakes down on itself. You can't get water to it."

A spokesperson for the ranch says they are deeply saddened by the loss of the hens. They say that Herbruck's is back to being fully operational Wednesday.  They also say that they plan to rebuild the structure.

Tuesday's fire is the third in the last four years at the facility, including incidents in 2015 and in 2018 when a fire broke out in an egg cooler.

A cause of the fire has not yet been determined and the Herbruck's spokesperson says in a release that the cause may not be known for several weeks.