Sheriff: Amber Alert was a runaway situation, not a kidnapping; no suspect sought 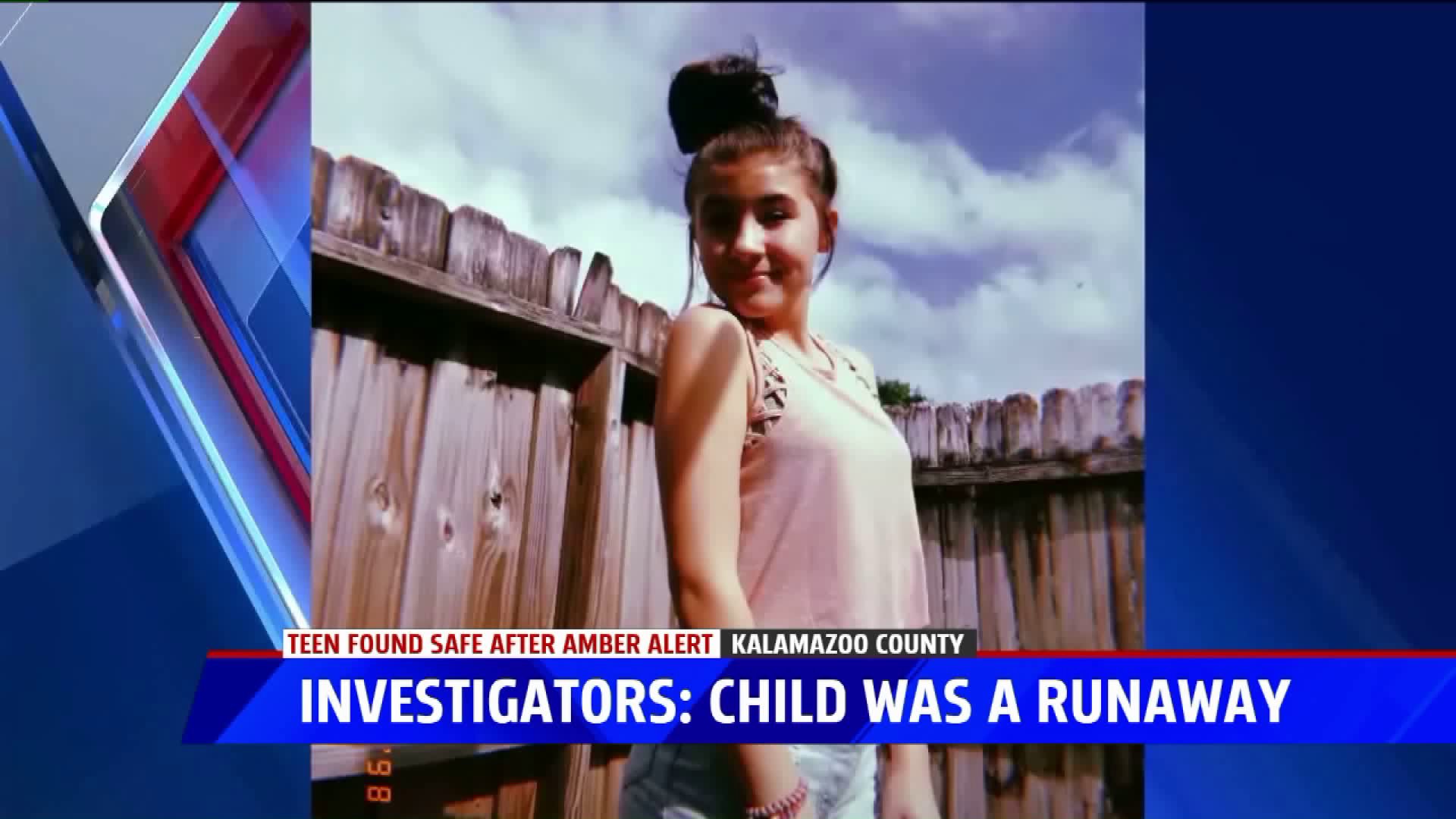 Augusta teen police say was a runaway and not kidnapped

KALAMAZOO, Mich. -- The Kalamazoo County Sheriff says that an Amber Alert that was triggered early Wednesday morning was actually a runaway situation, and not a kidnapping.

Calista Rose, 13, was reported missing early Wednesday from her home in Galesburg. She had not been seen since about 1:30 a.m.

"This was like the scariest that I have ever gone through in my life," said Calista's mother Sandra Olmstead.  "I've never been more scared. I’ve never felt so helpless in my entire life."

She was thought to be with a 45-year-old man, but Sheriff Richard Fuller says that he did not have anything to do with the situation and is not wanted by police. The sheriff does say that he would like to talk with the man, but he is not wanted.

"It’s very important that people understand the gentleman’s name that was put out there earlier today as somebody that was important for us to talk to, we are not looking for," Sheriff Fuller said. "The only thing that I would say is that I would be happy to talk to that person."

Rose was found in Galesburg and has been reunited with her family.