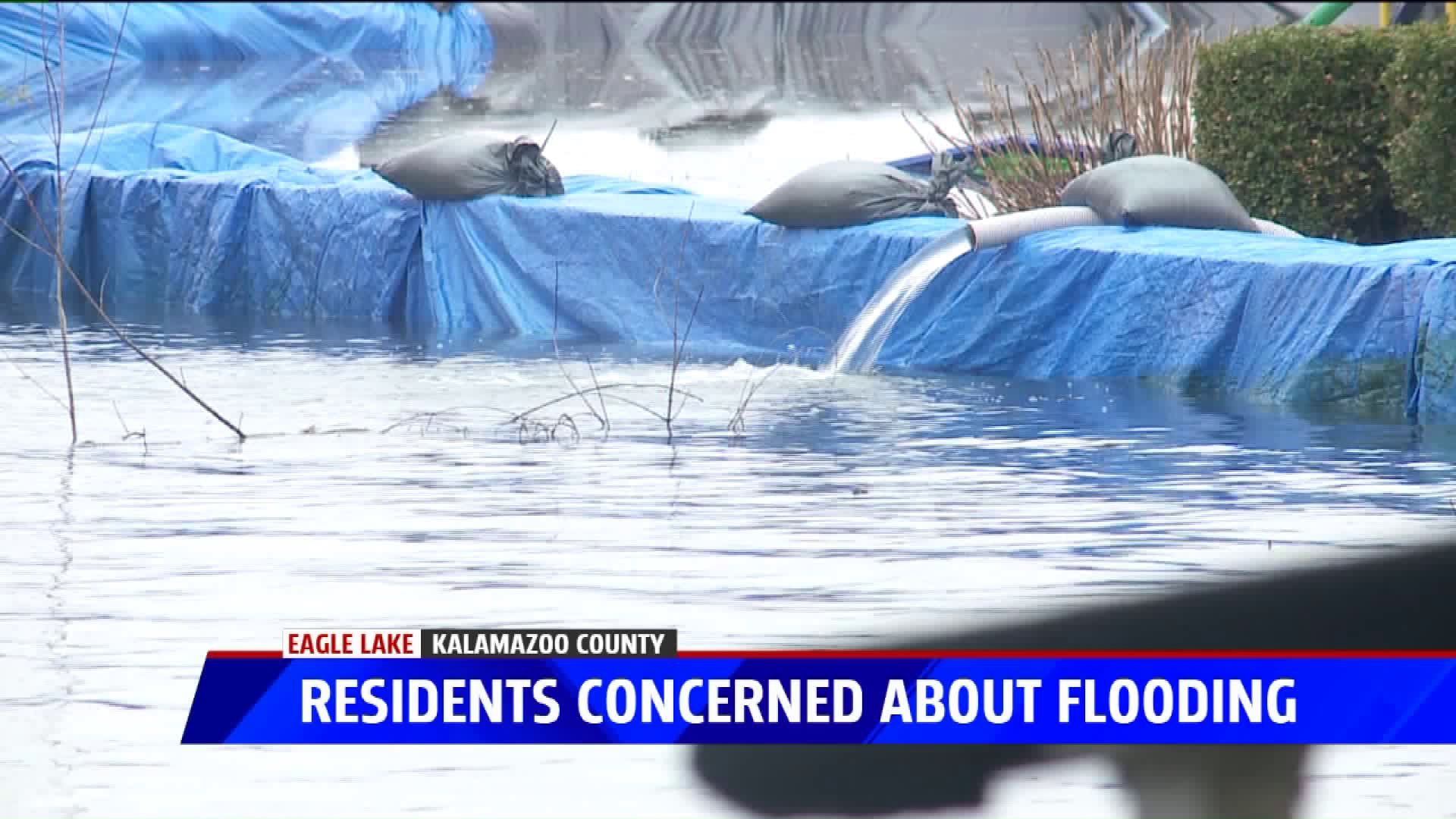 TEXAS TOWNSHIP, Mich. — People who live near Eagle Lake in Kalamazoo County have been dealing with flooding for months, but say Wednesday’s water levels are the worst they’ve seen.

On Eagle Lake, it’s hard to tell where dry land is supposed to start.

People in Texas Township are feeling defeated. Homes on Eagle Lake filled FAST with water after last night’s rainfall. We’ll be showing you a look at some of this damage tonight on @FOX17 at 10/11pm. pic.twitter.com/uwUdIjuXtq

“It’s like a tsunami showed up. It just came on like that,” said resident Tim Van Liere.

He said his home started to flood about 90 minutes after rain started coming down Tuesday night.

The water has been partially brought on by over rainfall in Kalamazoo County this week, and community members believe the downstream effect from surrounding areas also contributed.

“It’s been a nightmare for all of us, ya know. It’s taken years away from my life, I think, just the stress,” Van Liere said.

He’s been running seven pumps to keep the water out, but they’re barely making the water recede from his home. Other measures aren’t helping much either.

“There is no magic cure for it. It’s a combination of sandbags, dirt and pumping it out,” resident Jim Hollenbech said.

Hollenbech said he’s one of many who has been dealing with ongoing flooding over the last several months without a permanent solution in place from county or city officials.

So now we are the point that it’s a breaking point and everybody is throwing their hands up in the air,” he said.

Officials do have a plan in place to start pumping water out of the area, but that fix isn’t supposed to come out until the end of May.

Texas Township will keep residents updated on its website.