Mom using daughter’s death to help others with addiction 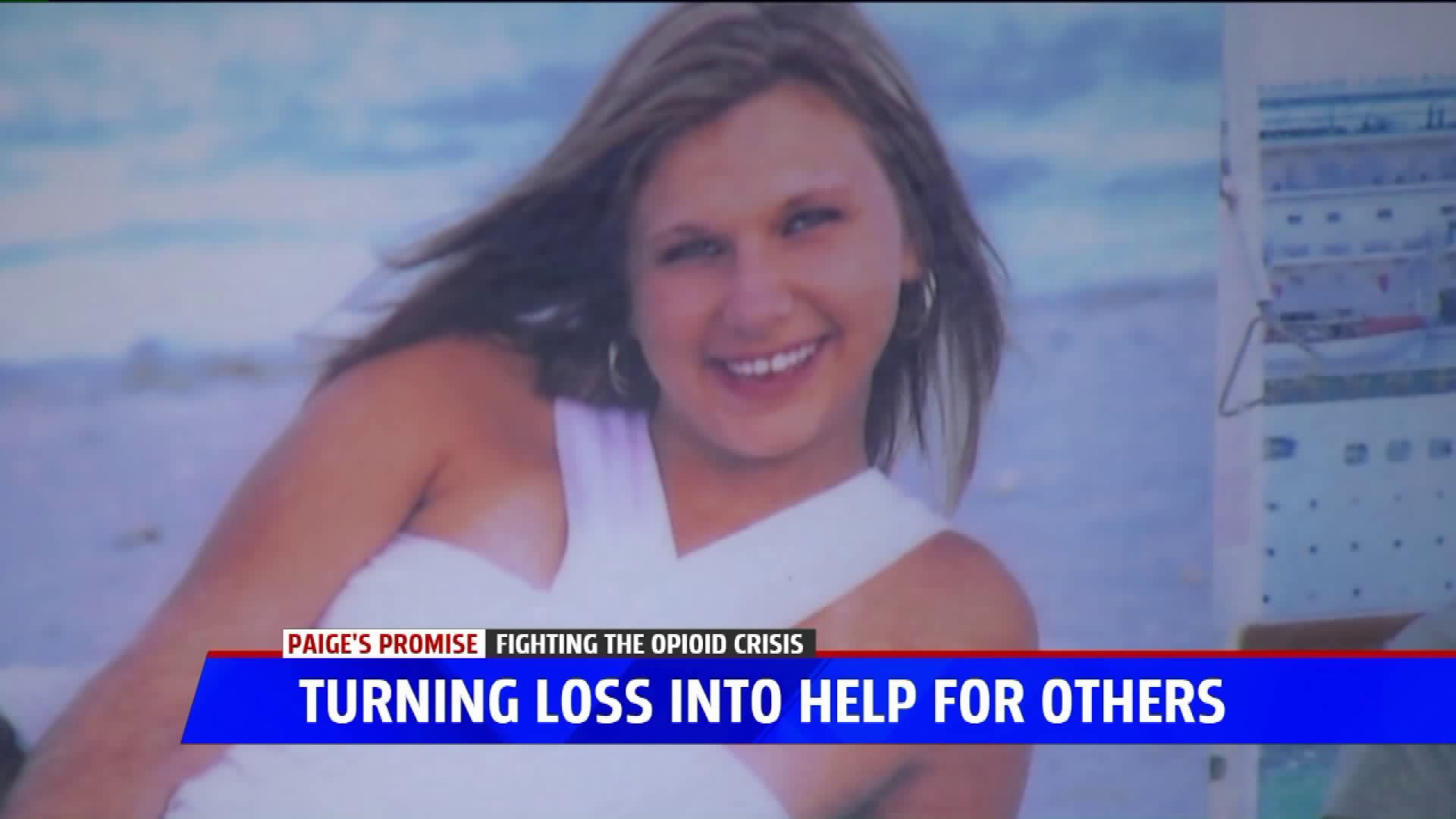 STANWOOD, Mich. — A mother in Mecosta County has made it her mission to raise awareness to the opioid epidemic after her daughter fatally overdosed in 2015.

Donna Mazurek’s daughter Paige was 22 years old when she died, and 17 when she became addicted to opioids after a trip to the dentist.

Mazurek said it started after her daughter was given an opioid prescription after a root canal.

“She became addicted to the opioids, and then from there, she couldn’t get them anymore,” Mazurek said.

Soon after, her boyfriend introduced her to heroin, and her addiction spiraled out of control. The struggle lasted for five years, sending her in and out of treatment programs.

“I asked her not too long before she died, ‘Paige. You’re gonna die. What are you doing? Aren’t you afraid to die?’ And she says, ‘oh no Mom. I only buy from the same two people. They got my back.’ They didn’t have her back that night,” Mazurek said.

A few months later, Mazurek started Paige’s Promise in her honor and to help other families, and is holding a benefit this weekend.

“That’s what Paige would want. She would want me helping because she would help anybody. It didn’t matter what,” Mazurek said. “She had a heart of gold, maybe that’s why God took her because she didn’t die in vain.”

The benefit is at 4 p.m. Saturday at VFW Post 4249, located at 9075 Mason Dr. in Newaygo. The event will include a dinner, live auction and Elvis impersonator.

You can learn more by going to the non-profit's Facebook page.