Morning Buzz: 5 things to know for May 2 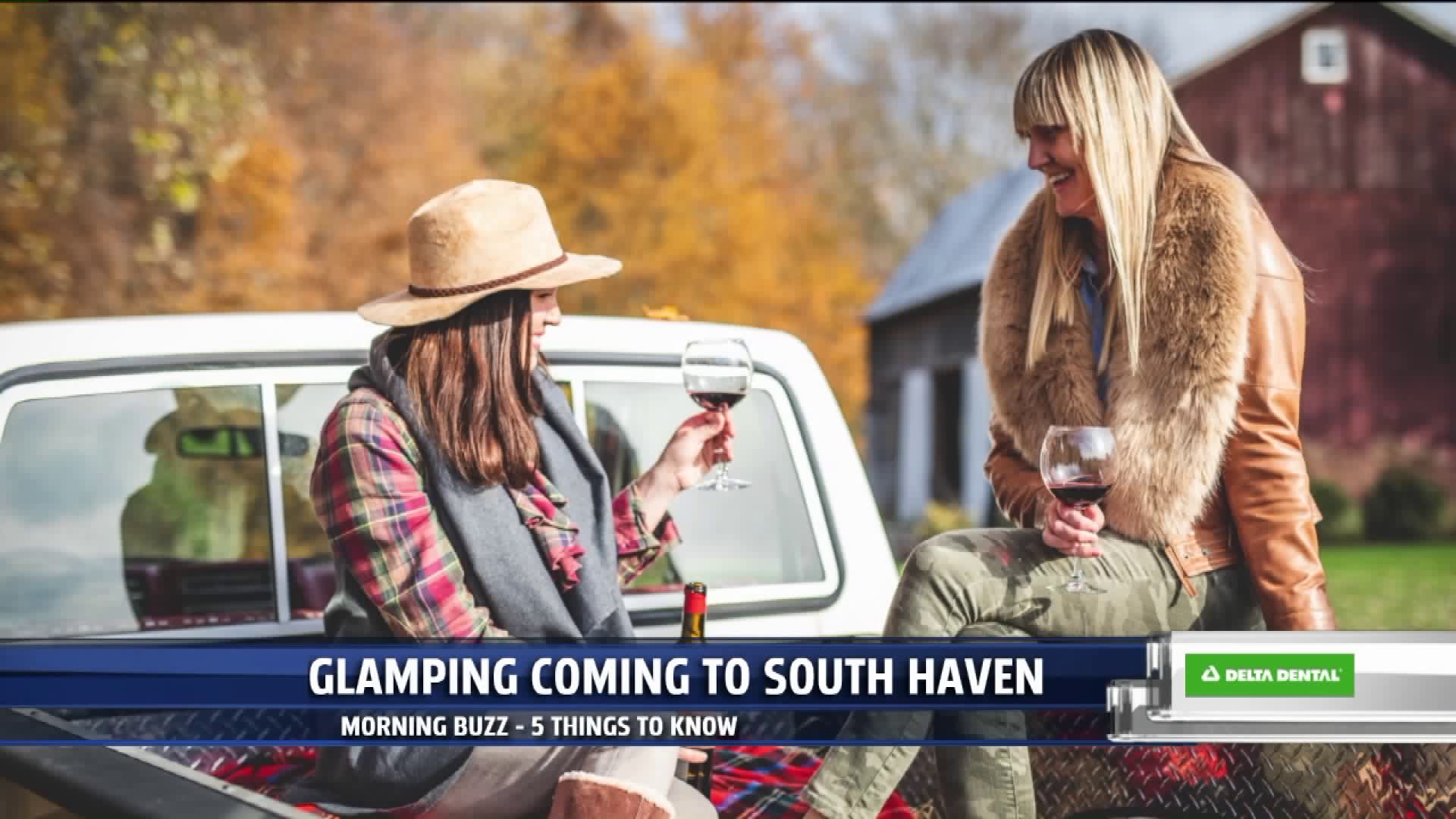 They're hosting a birthday bash from 4 to 7 p.m. at Rosa Parks Circle in downtown Grand Rapids.

Those who go will be treated to a free pint of Hudsonville Ice Cream, along with games, raffles, music, and other activities.

Grand Rapids was founded on April 2, 1850, and officially established by the city charter in May of that year.

2. Like the idea of camping, but not the roughing part of it? Glamping is South Haven is for you!

It's a first of its kind experience coming to West Michigan. The fields blueberry farm in South Haven will soon have 10 different rooms for people to choose from. Each room holds two people and comes with a wood-burning stove, king-size bed and even a culinary team making meals for you.

The Fields will open in June, and be open through the last weekend in October, and will accept reservations seven days a week.

Rooms start around $330 per night.

3. They rocked the Billboard Music Awards stage last night, and now the Jonas Brothers are ready to go on tour. One of those locations is right here in West Michigan as part of their "Happiness Tour."

The Jo-Bros will make a pit stop at Van Andel Arena in Grand Rapids on Sunday, September 8.

The trio will be joined by Bebe Rexha and Jordan McGraw.

Tickets to go on sale next Friday at 10 a.m.

4. A Grand Rapids native is sending her love back to the mitten from light years away.

Nasa astronaut Christina Koch tweeted a photo this week from the International Space Station. She said, "The Great Lakes are as stunning from space as they are in person."

Christina is currently on an 11-month trip in the Solar System, which ends in February of next year.

Her 328-Day stay will set a new record for the longest single space-flight by a woman, and the second longest by any NASA astronaut.

Her mission is just 12 days short of beating the record set by Scott Kelly.

5. Bacon for breakfast, in your Bloody Marys, and as your dental floss. The Meaty Dental Floss is a big hit on Amazon.

Creators of the floss guarantee that it will leave your mouth feeling fresh. They're also confident in its ability to remove plaque, saying its better than regular floss because of the bacon wax.

It's reasonably priced at $8 for a two pack.