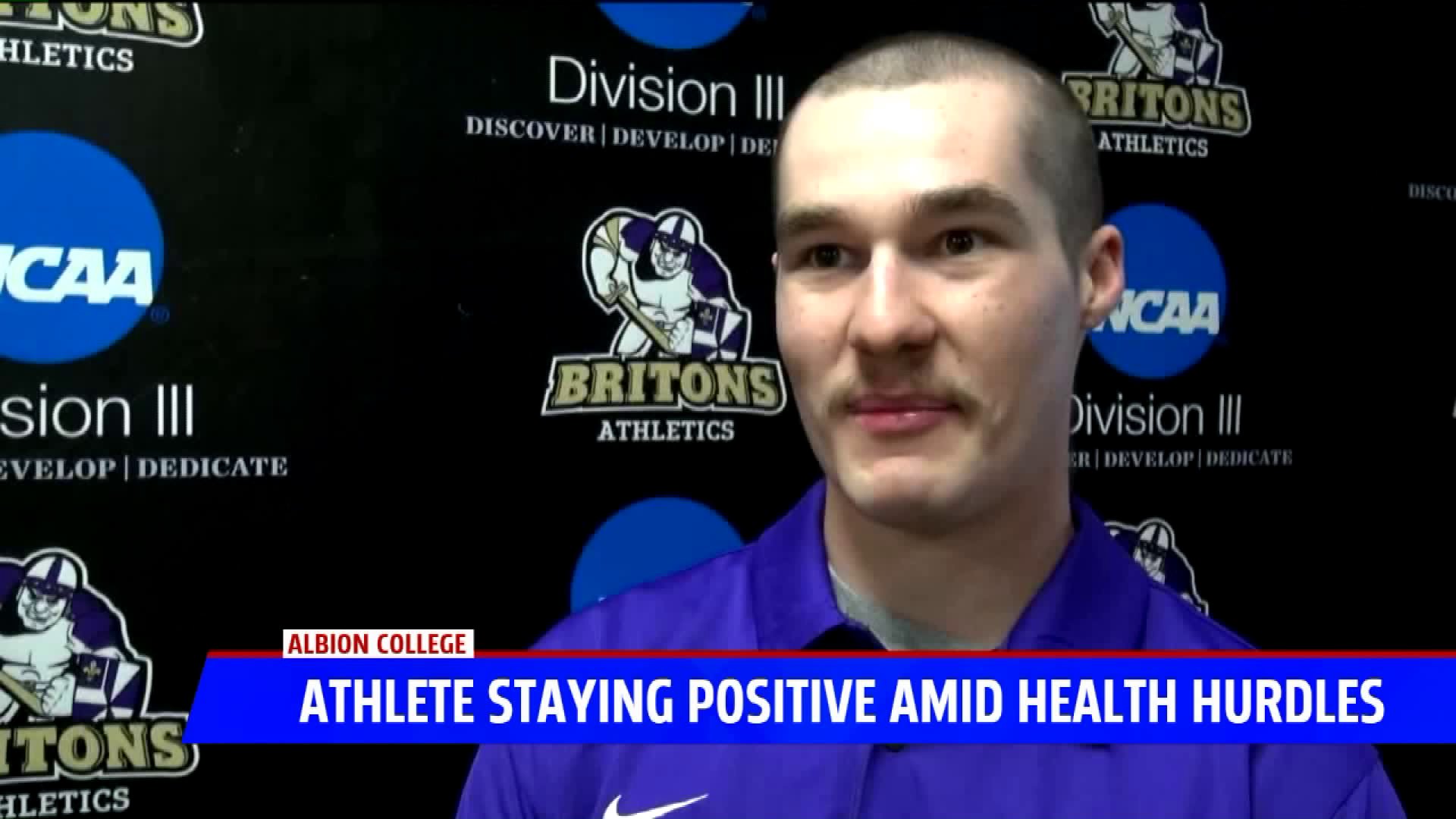 ALBION, Mich. — At the height of Drew Harm’s college career, he scored 40 goals as an attackman for the Albion Britons lacrosse team.

He was a junior at the time and was known as an “energy guy” on both the sidelines and in the locker room.

“I remember my coach saying it was hard to decide if he wanted me on the field or on the bench because I was bringing such a presence to both aspects,” Harm said during an interview in the school’s media room. “But in the end, I kind of found my spot on the field.”

That year, Harm made second-team all-conference and led the team in goals. He did it while battling astrocytoma, a rare type of brain tumor.

“It was tough,” he said of his first bout with the tumor. “But everything happened so quick that it was just kind of ‘alright this is what’s going to happen.’”

Harm said the cancer was discovered in January 2016  during his sophomore year. He was at practice one day when he was hit in the back of the neck with the ball. He dropped to the ground and felt a “numbing sensation” go through his body.

He was rushed to the hospital and was checked for a concussion. However, it’s not what the doctors found.

“They didn’t see anything on the CT Scan,” he recalled. “The doctor came back in saying ‘everything looks good but we found this benign mass on your brain.’”

He was shocked it was a tumor. The doctors said it looked harmless and that they’d check it regularly with an MRI. However, he was cleared to return to the field.

Harm played his sophomore year and went on to have that record-setting season the following year, helping his team win tournaments and championships.

He enjoyed it all, he said, because lacrosse was his passion.

“I really can’t even put it into words,” Harm said about his love for the sport. “It’s just kind of something there that’s a love for me ever since I started and it just has abled me to allow me to be free and my most happiest and most enjoyable self.”

While Harm continued his collegiate career, he had several MRIs. Everything looked good until December 2017 during his senior year when an MRI showed that the tumor had grown and that he need to have surgery to remove it.

That’s when he decided to sit out his senior season.

“I was coming back kind of ready to take it even to the next step up on the field and just like this came about,” Harm said. “So I was like ‘well, guess that’s going to have be put on pause for now.’”

He said the hardest part was writing a letter to the team explaining why he wouldn’t be joining them on the field. That year he cheered them on from his hospital bed at the University of Michigan Ann Arbor  where he had his biopsy.

The doctors told him the surgery went well.

Forward for Harm meant playing lacrosse this year as a fifth-year senior. He said he was grateful to be back. However, he could’t be as intense as he once was.

His agility was not the same, scoring only eight goals in 12 games.

“I was at such a high level when I left,” he said. “Coming back and not being right back to where I was was tough.”

But he persevered both on an off the field. He finished his assignments and classes before the regular season and received his diploma. He also kept a positive attitude even after doctors told him he needed surgery to remove the tumor again.

“Then I have chemotherapy and radiation,” he said. “One cycle right now [and] depending on how things go with that we’ll kind of re-determine if I need more.”

But Harm says he is moving forward.

After college is done, he wants to find a job in the kinesiology field so he can use his exercise science degree. If that doesn't work out, he's also thinking about going to physical therapy school.

He admitted that more schooling would be intense. However he’s learned that nothing is too hard for him to overcome.