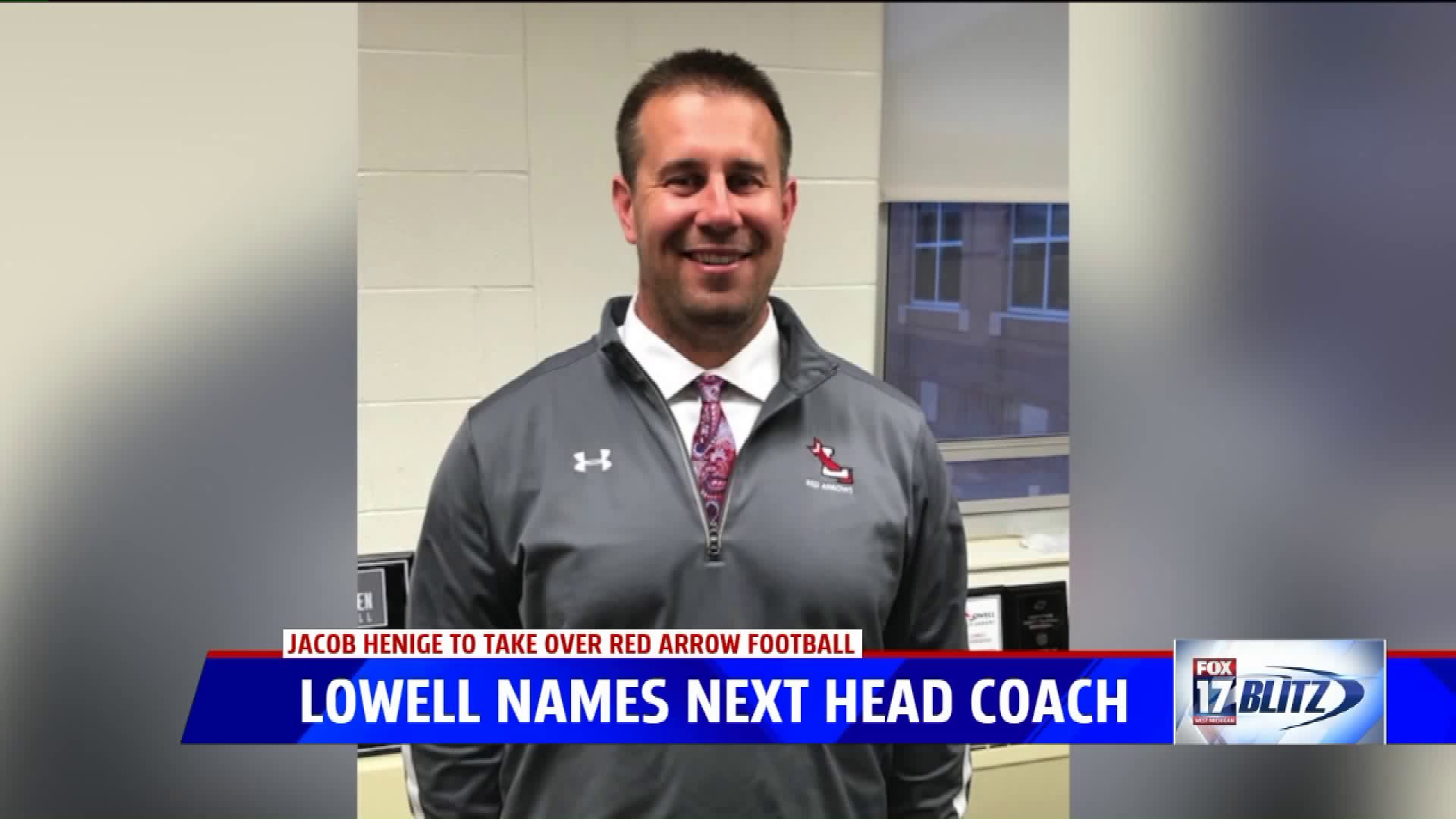 LOWELL, Mich -- Jacob Henige is the next head coach of the Lowell football program. Henige was brought onto the Red Arrow coaching staff in 2009 and served as associate head football coach under Hall of Fame coach, Noel Dean for the 2016 and 2017 seasons, going 18-5 combined in those two seasons.

However, in 2018, Henige returned to his alma mater, Grand Valley to be a part of their football coaching staff but has now found his way back to Lowell as their next head coach.

“Coach Henige was a member of the coaching staff for many years and served in a variety of roles learning the aspects of coaching high school football for the Lowell Red Arrows," Athletic Director, Dee Crowley said in a statement. "He understands that coaching football at Lowell is not the same as coaching football at most other schools – the expectations, the traditions and the community all make Lowell Football special.”

Meanwhile, Henige was a four-year letter winner at Grand Valley and was a member of three NCAA Division II National Championship teams in 2003, 2005 and 2006. He was also two-time All-GLIAC as an offensive lineman with the Lakers in 2006 and 2007 before starting his coaching career as the Lowell offensive line coach in the 2009 season.

“Lowell is a special community, filled with outstanding people that care deeply about the success of all students," Henige said in the statement released by Lowell. "As a football program, we are going to be relentless in our daily pursuit of upholding the high standards and expectations."