Michigan waters booming with fish thanks to DNR efforts 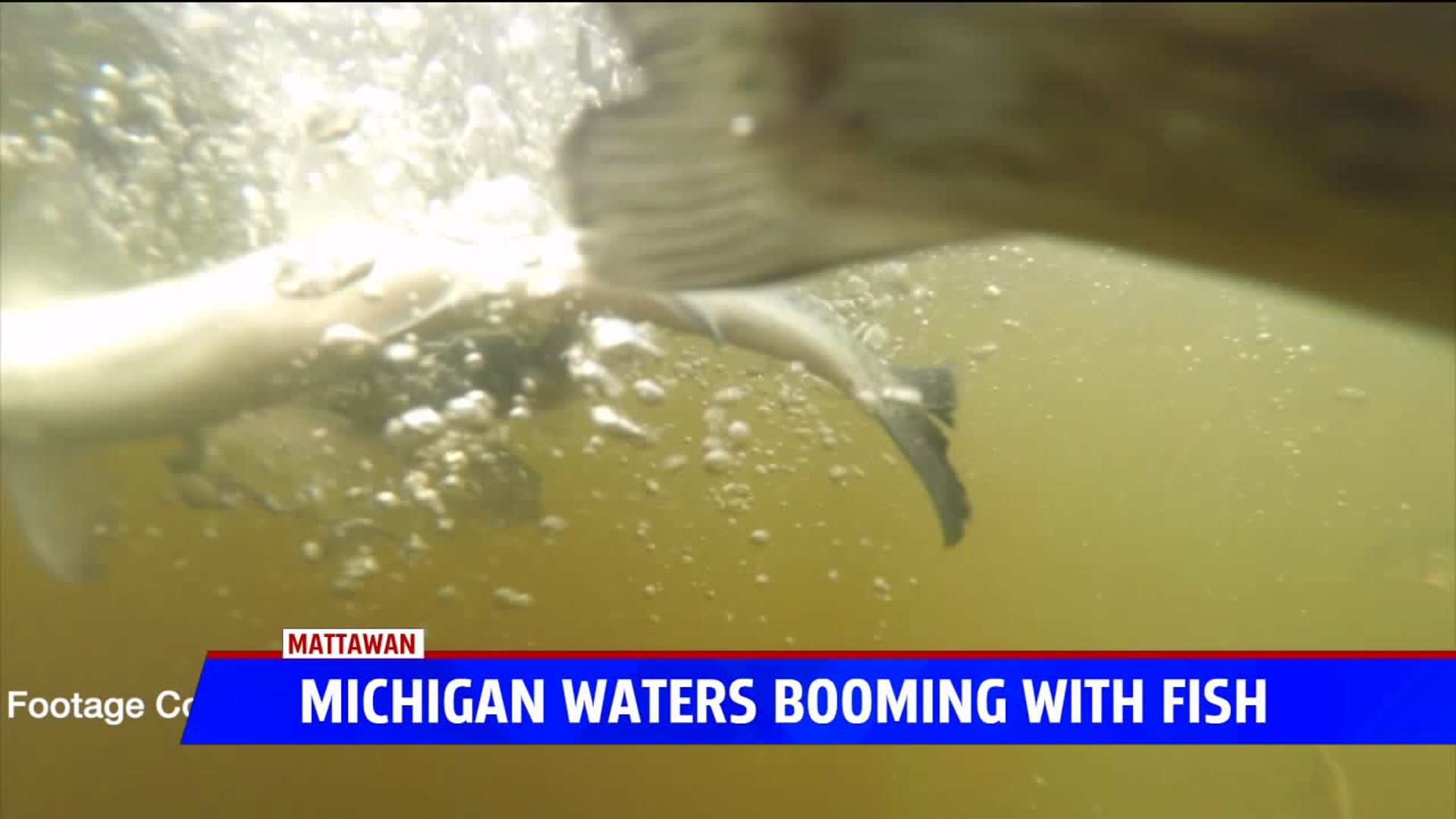 MATTAWAN, Mich. - Michigan touts 154 species of fish, 11 thousand inland lakes and 36 thousand miles of streams; 6 fish hatcheries are responsible for keeping our public waters competing as one of the best states to fish, according to the Department of Natural Resources.

Saturday's trout season opener marked the beginning of prime fishing throughout the state. Wolf Lake Fish Hatchery is doing their part by raising four species of fish: Great Lake Muskies, Chinook Salmon, Steelhead Trout, and Walleye. Millions of these fish are raised at their modern day fishery, collected and distributed to lakes, rivers and streams based on need.

"Hatcheries are important in providing angling opportunities and providing healthy rivers and streams," said Shana Ramsey, Fisheries Interpreter for the DNR at Wolf Lake Fish Hatchery. "It's big to our economy, we have over 1 million licensed anglers in Michigan. Those dollars support all aspects of fish and wildlife conservation."

Outside of natural spawning in the wild, many Michigan fish begin their journey at a fish hatchery. They're raised from egg to infant before being taken to rearing ponds. Once they've reached an approximate and appropriate size, they're introduced into public waters via loading trucks.

"The Muskegon River is great for Walleye, St. Joseph is top in the state for Steelhead, and inland lakes have your bass and blue gill."

Not only does Wolf Lake Fish Hatchery reintroduce millions of fish; they also preserve threatened species including Lake Sturgeon, which can grow up to 9-feet long and live almost 150-years, while providing research and efforts to reintroduce once thriving fish back into the ecosystem.

"It's big to our economy and important to have healthy populations of fish for healthy lakes, rivers and streams," Ramsey said. "We also want fish out there for people to catch."

And if you catch a fish, Ramsey says it's important to check if the fish is from a hatchery.

"We've clipped the small adipose fin, which is the small one between their back and tail fin," Ramsey said. Those fish have a small tag in the snout with a number on it and we want that tag."

Ramsey says to remove the head from those fish (must be regulation size), and return it to a fish hatchery near you for research purposes.

Wolf Lake Fish Hatchery offers programs and events free to the public. Saturday, May 4th from 10 a.m. to 4 p.m., they're hosting an art market. Their kids fishing program is Saturday mornings and will continue through Labor Day. Other summer programs include archery, hatchery tours, and a well maintained nature trail.