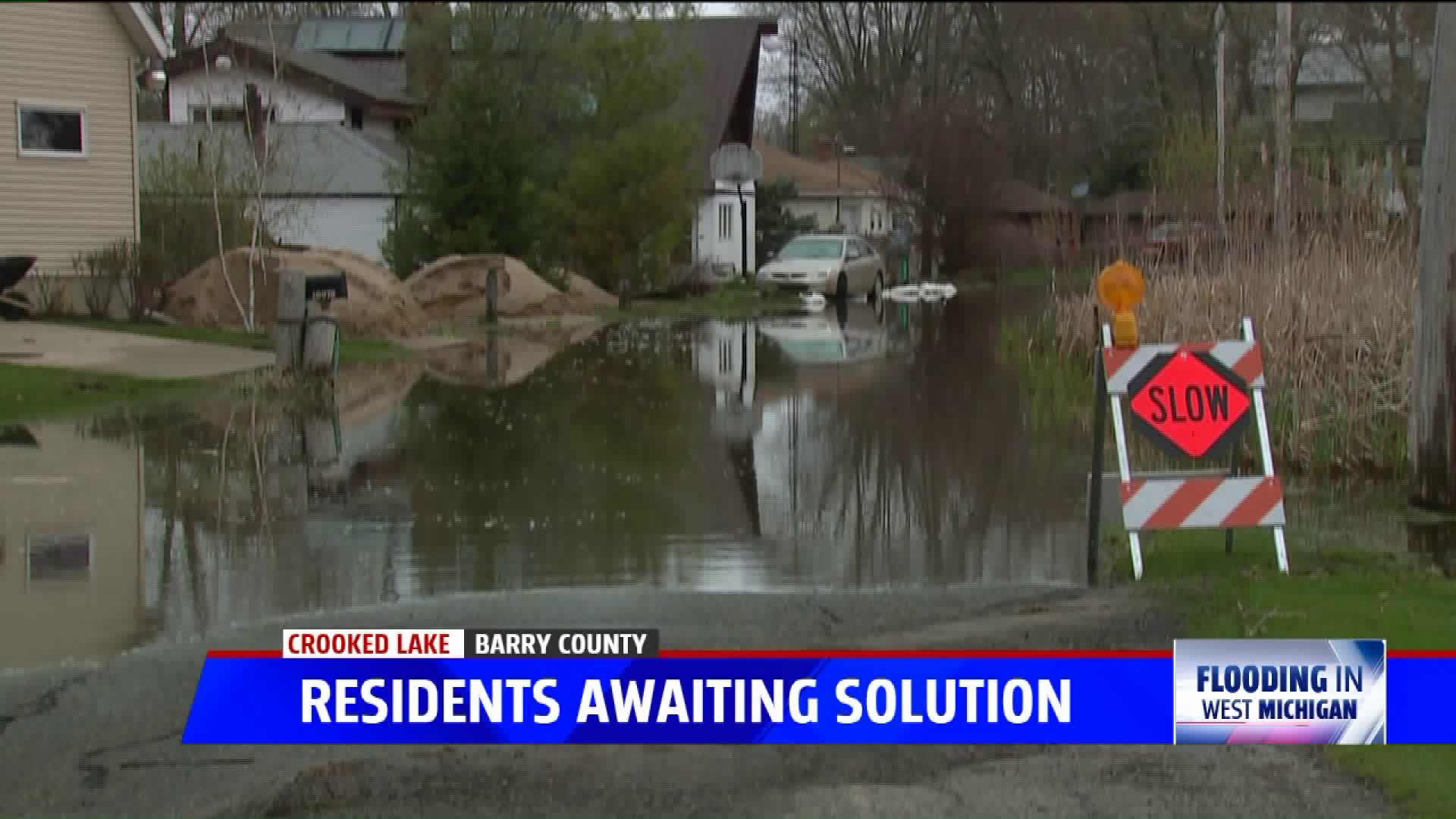 DELTON, Mich. — Heavy rain over the past week is still weighing down on many areas of West Michigan, including near Crooked Lake in Barry County where flooding issues have been common in recent time.

After this week’s rain, the water level in Cooked Lake is even higher than it was when residents were dealing with significant flooding last summer.

"By far the worst I've seen it, last year we’ve had some problems in June pretty bad and it's even worse now than it was last year," Barry County Resident Jack Griffin said.

"I sandbagged first before i started pumping, I've been pumping for 26-28 hours it doesn’t seem to be doing much good," Griffin explained.

Griffin says he used to have 15 feet of sand in front of the water, now the water is above the first step to his deck.

His road is half-a-foot under water, they even stopped delivering mail there. He’s hoping something changes soon.

"A lot of time they talk about doing a lot of things, but not a whole lot has been done so far. I understand that there's processes and laws and things like that are in place for good reason, it's unfortunate that we just can’t move a lot quicker to offer relief to the residents," Griffin added.

Barry County Drain Commissioner Jim Dull says they are waiting on a state permit before continuing work on building a short term solution.

"We are building berms and relocating a drain field so we can get our retention pond built. We're moving as much dirt as we can just trying to get more capacity," Dull explained.

The goal is to pump at least three inches out of the lake, which would help alleviate some of the issues.

"People are still keeping their chins up, I don’t know how they are handling it, because it's still tough for them, we have water higher now than ever in the past. We’ve talked to people who have been here for 60 years that have never seen the water this high," Dull said.

"We’ll get there, it's just going to take a while," Dull added.

Right now, the county says they don’t have a timeline for when they will be able to get that state permit.

They are also looking into a more long-term solution on top of building new berms.