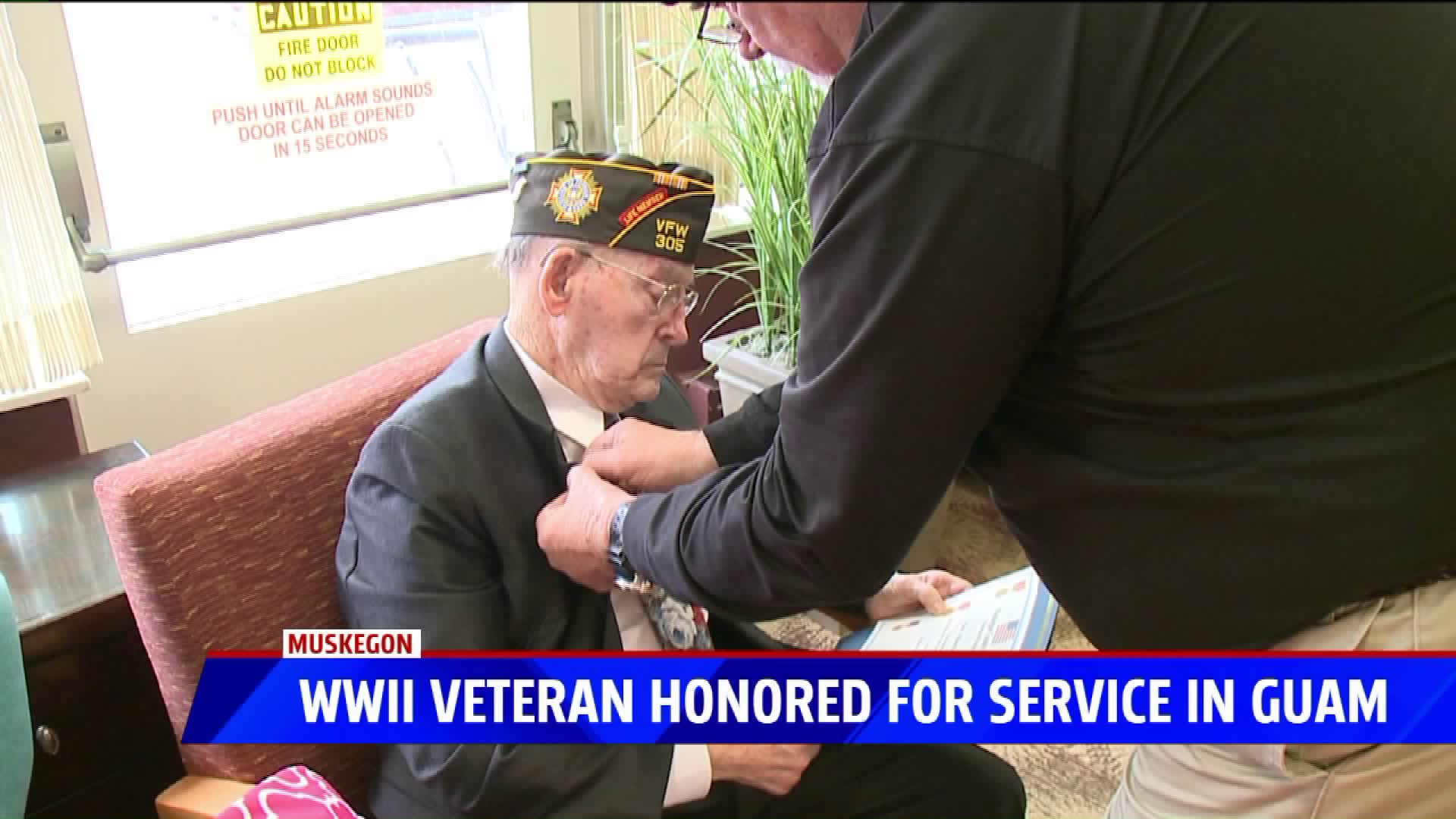 MUSKEGON, Mich. — A 91-year-old World War II veteran in Muskegon had to wait until Friday to receive an accolade he earned 73 years ago.

William Naill served in the Navy for over a year in Guam as part of an occupational force unit protecting the citizens and returned to the U.S. in 1946.

"I got discharged from the hospital in Oakland, California and they just opened the gate and let me out,” says Naill. "You want to get off as bad and as safe and quick as you could.”

But, without something he and many others say he deserved: the U.S. Navy Occupation Service Medal.

"He occupied part of that occupational force that would keep the people of Guam safe," says Chaplain Wesley Spyke of the West Michigan Office of Veterans Affairs. "We try to give them their just rewards.”

Spyke put in the paperwork for the medal after a cook at Naill’s home got the ball rolling.

"My parents, grandparents, as far back as I know are veterans so I try to help and he deserves it," says Stephanie Jenkins, SKLD cook.

Catching up on a moment that was 73 years in the making.

"I just feel like I deserve it," Naill says.

He shared the experience with family, friends, and most importantly, his wife of 71 years.