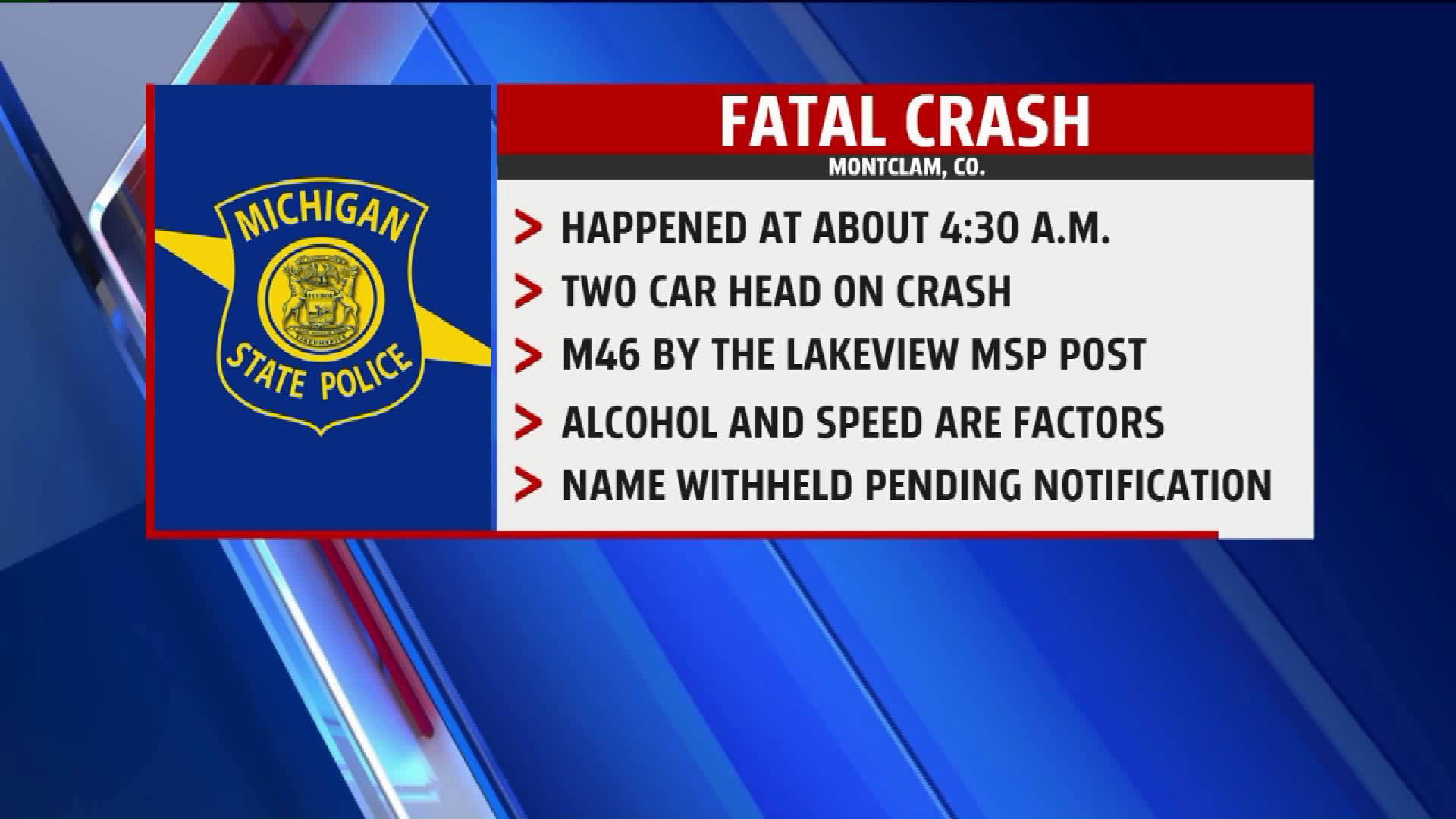 It happened around 4:30 a.m. on M-46 in front of the Michigan State Police Lakeview post in Cato Township.

Authorities said a vehicle going east on M-46 and crossed the center line, causing a head-on collision with a westbound vehicle.

Both drivers, who were the only people in the vehicles, were killed in the crash. Authorities have identified the eastbound driver as 44-year-old Jesse Lottie of South Bend, Indiana, and the westbound driver as 51-year-old Richard Daniels of Six Lakes.

Police say alcohol and speeding do appear to be factors, and the crash is still being investigated.