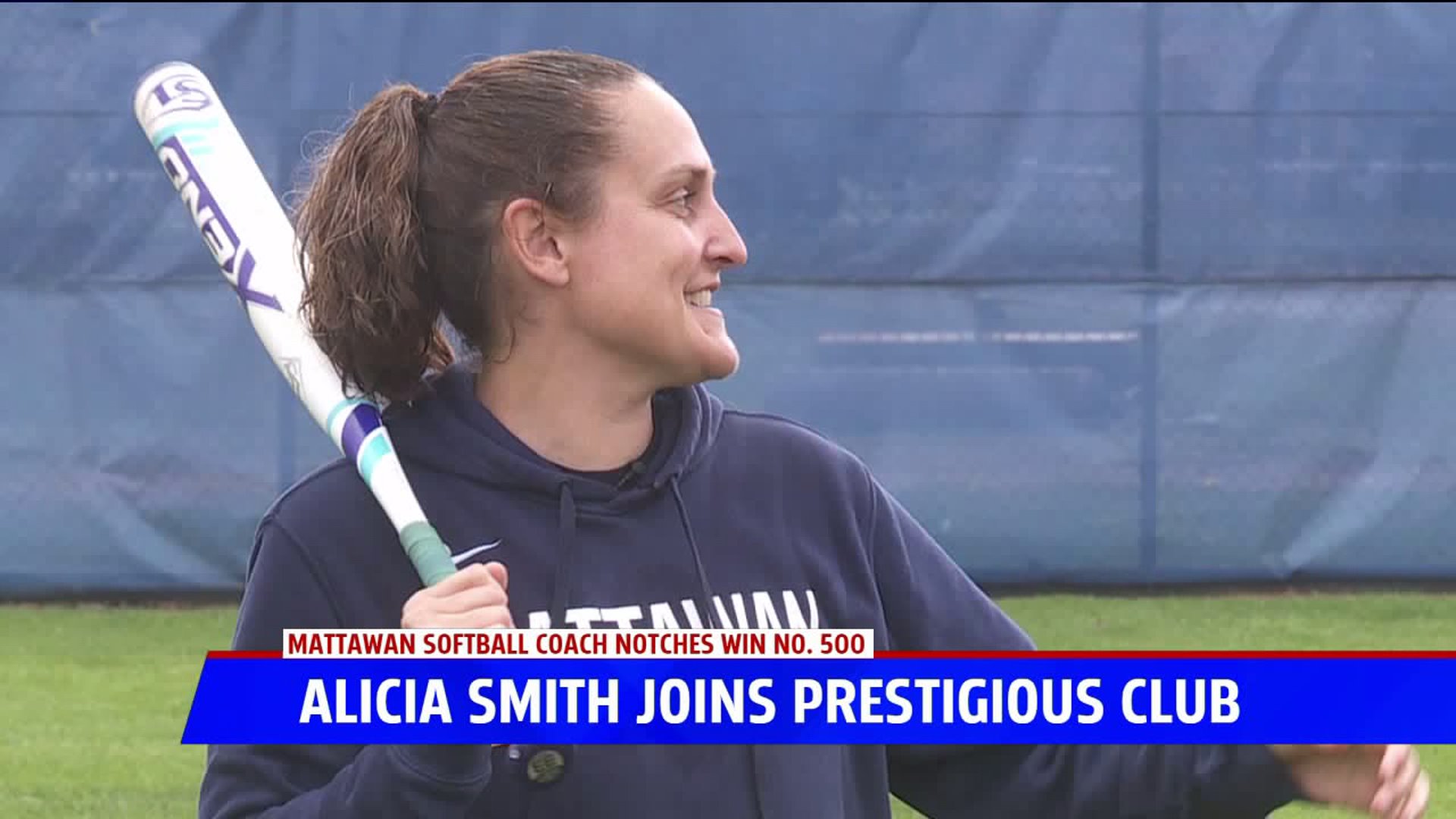 "The wins are a bi-product of a program that has been built here and is way bigger than me," Smith smiled on her accomplishment.

Of course, the current players are honored to be part of such a historic moment.

"It was super exciting," junior shortstop, Kacey Bouche said, "I love playing for her, she's a great coach."

"It's crazy because I was doing the math on how many more wins until 600 and that's a lot, that's seasons," senior catcher Maddie Duell said, "so i'm really happy I'm on the team and share that milestone with her and her career."

Smith began her coaching career in 1998 as the Mattawan junior varsity coach and took over the varsity program in 2001. Since then, she has built a remarkable program, leading the Wildcats to two state championships in 2011 and 2013.

"It's kind of difficult because I've been here a really long time," Smith laughed, "but I've spent a long time reflecting in the last week or two, just how long I've been here but also how many kids I've coached."

"That's what makes this so special to me," coach added, "is to continue having relationships with the kids after they graduate and seeing them go on, one just graduated from nursing school, some are getting married and having children. Still having that contact with them is really important."

"It's life changing," Duell added on the impact of Smith on her life, "every aspect of my life she's helped me, I'm a better leader so I can better public speak and do better in school."

"She's taught me a lot of the mental part of the game," Bouche added, "how to let go of mistakes and how to be a better person overall."

While Smith has been around for 500 wins, she says it's a testament to those around her.

"I have not done this by myself, I've had many coaches that have coached with me, kids that have been dedicated to being the best they can be and a super supportive administration along with my husband and daughter."

After the historic win, all of the current players came together and designed posters for Coach Smith, each writing a personalized message to thank her.

"I said something to the effect of 'I'm so happy I can be here with you on this journey and you're the best coach ever and I love you,'" laughed Duell.

"I said 'thank you for being such a great coach, love for you and you've taught me to never give up on myself, thank you for always believing in me,'" Bouche added.

"I cried," coach laughed, "I'm an emotional baby when it comes to that stuff, the most important thing to me was the personalized notes on that poster-board, each and every one of them took the time to say something really special and that was the best part."

SSmith continues to leave her mark on Mattawan, not only on the program but the players themselves.

"She's definitely my biggest role model," Duell said, "just the passion and drive she has for the program."

"I love her," added Bouche, "she's the best coach and I wouldn't trade it for anything in the world."