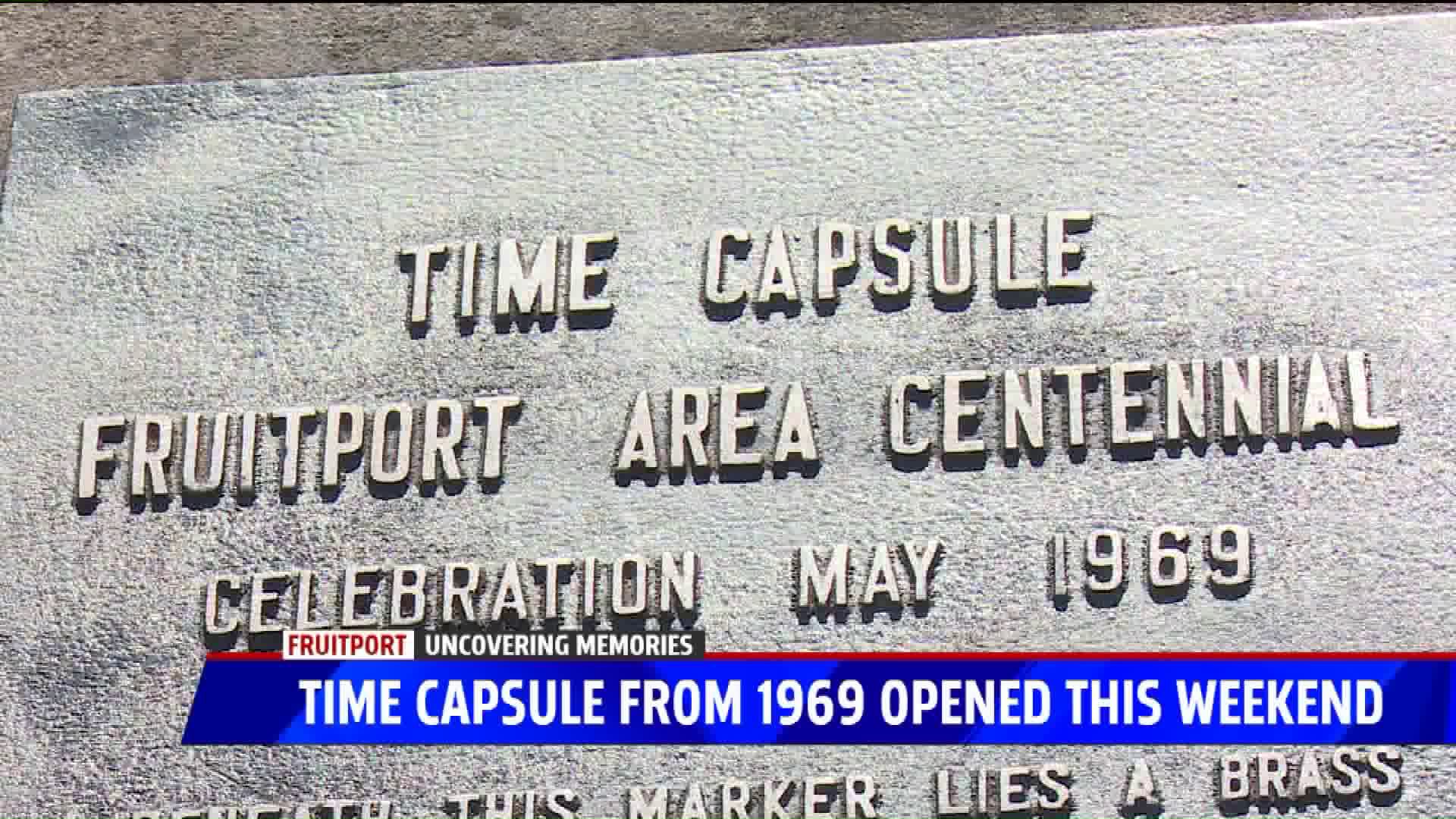 More than 50 years of history was uncovered in Fruitport, where this weekend a group of people gathered outside the local library to dig up a time capsule that was buried in 1969.

It was the year of Woodstock and when humans first stepped on the moon.

It also turns out to be the year a man in Fruitport decided to preserve history in celebration of the village’s 100th birthday.

"A lot has changed since then. A lot," Jerry Alger, said.

"The whole town came together we had everybody involved," Alger, added.

Across town were events celebrating 100 years, including the burying of the time capsule.

"We started out by putting in memorabilia from the centennial. I think we got it about three-quarters of the way full and then when I buried it, I told everybody hey we got some room if you got something to put in it," Alger, explained.

Five decades later a group of locals watched on as the  capsule was cracked open Saturday afternoon.

"We had nice plates, we had the centennial paper wooden nickels, gold coins. A pair of high heel shoes that the mother of a good friend of mine the same age as me, she wrote her name on there and that surprised me," Alger, described.

An emotional experience for Fruitport's young and old and a tradition they plan on upholding 50 years from now.

"I just hope that we have a better world in 2069 and I hope the people that open it have as much fun as we had today," Alger, said.

Alger and a group of people are recording what was inside and they will put the findings on display at the town pharmacy, which people will be able to check out at the end of the month.

The time capsule will then be sealed back up and buried again for the next generation to open 50 years from now.