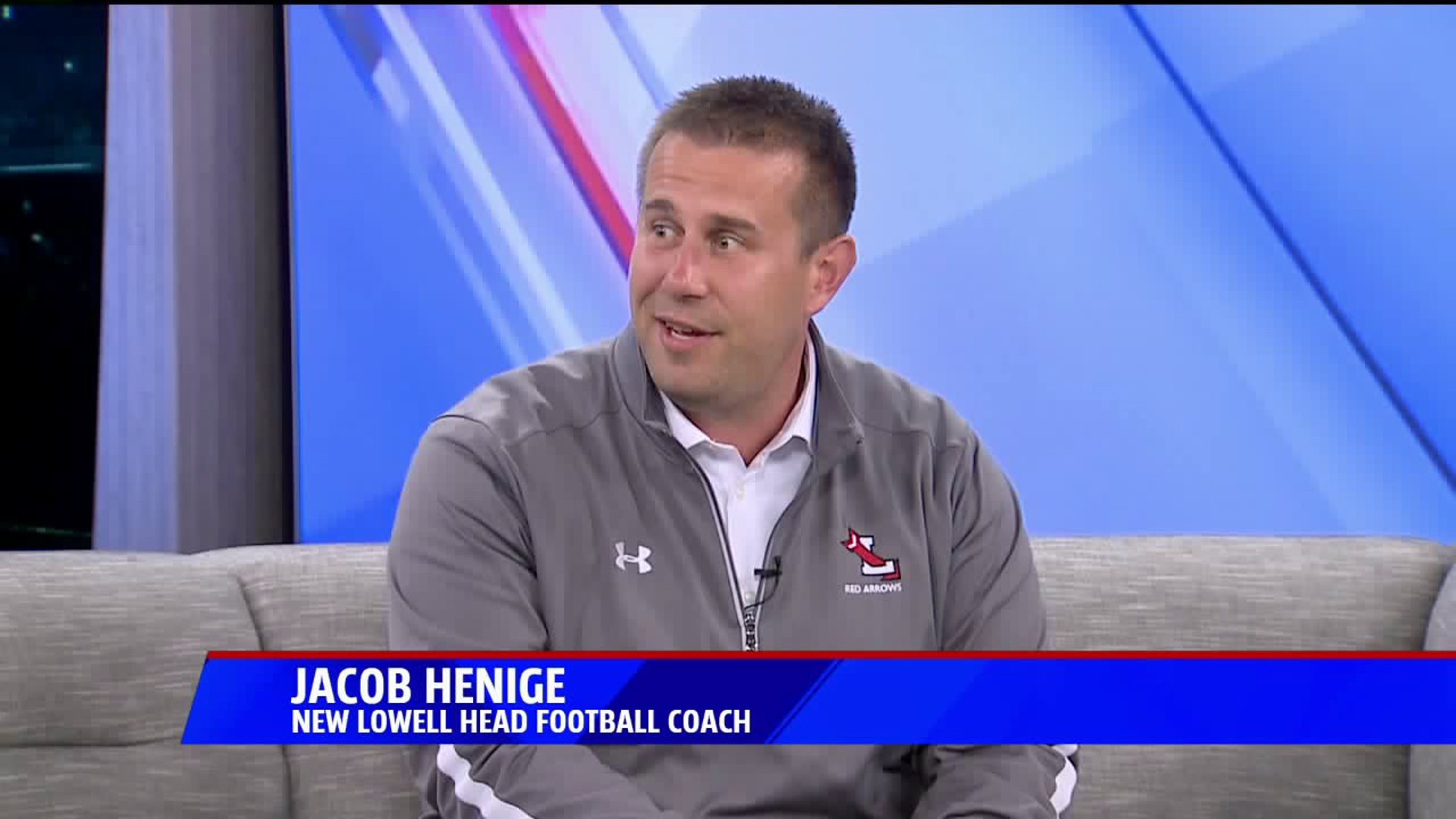 GRAND RAPIDS, Mich. -- Just days after being named the next head coach of the Lowell football program, Jacob Henige joined us in the studio to talk about his expectations and thoughts on Red Arrow football.

Henige won National Championships with Grand Valley as an offensive lineman from 2003 to 2007 and played or coached under head coaches Brian Kelly, Chuck Martin, and Matt Mitchell.

Henige has been around the Lowell football program since 2009, serving as the associate head coach in 2016 and 2017, when the Red Arrows were a combined 18-5 overall.

Now, he hopes to get Lowell back to the playoffs after the 19-year postseason streak was snapped last season.