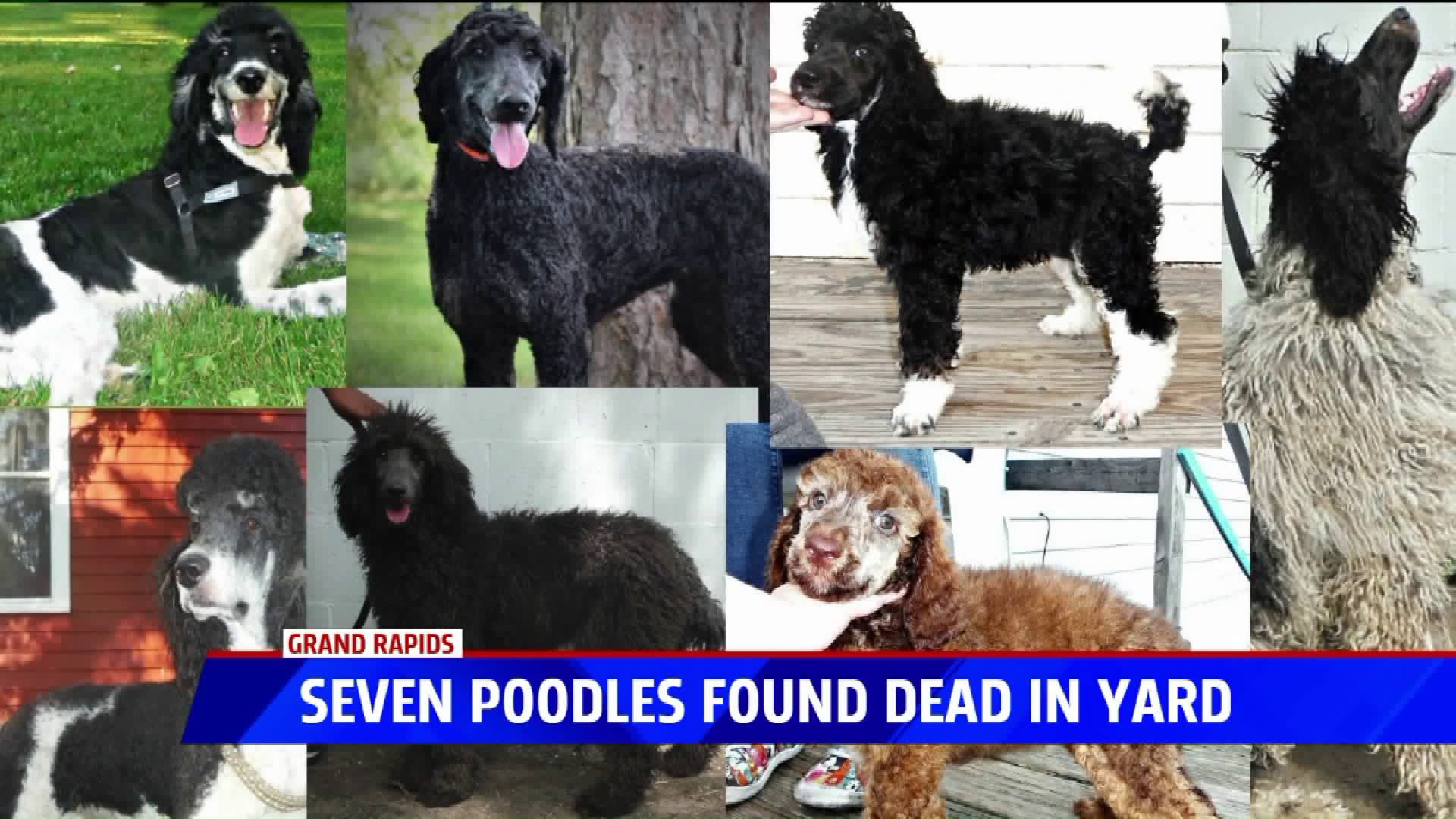 GRAND RAPIDS, Mich --Lisa Tofel says her poodles have always been safe in her northeast Grand Rapids backyard. Until a few weeks ago, when the dogs that were allowed to come in and out of her home freely were found dead.  In all, seven poodle puppies died.

Tofel says, she knows it wasn't anything in the yard. She's been raising poodles as a breeder for the better part of two decades, and has never had something like this happen before.

“It had to be a poisoning. I mean, they weren’t sick. You don’t have multiple dogs die at the exact same time. It was obvious they were panicking, they didn’t feel good. They were foaming at the mouth before they passed, which was pretty gruesome,” Lisa Tofel said.

Tofel's daughter found two dogs dead in the kitchen in mid-April. The only two dogs to survive were the youngest, who were kept inside at all times because they were so little.

Lisa also says she's reported this to Grand Rapids Police, but says she knows it's difficult to prove anything at this point. Lisa says she just wants other dog owners to know so they can be on the lookout.