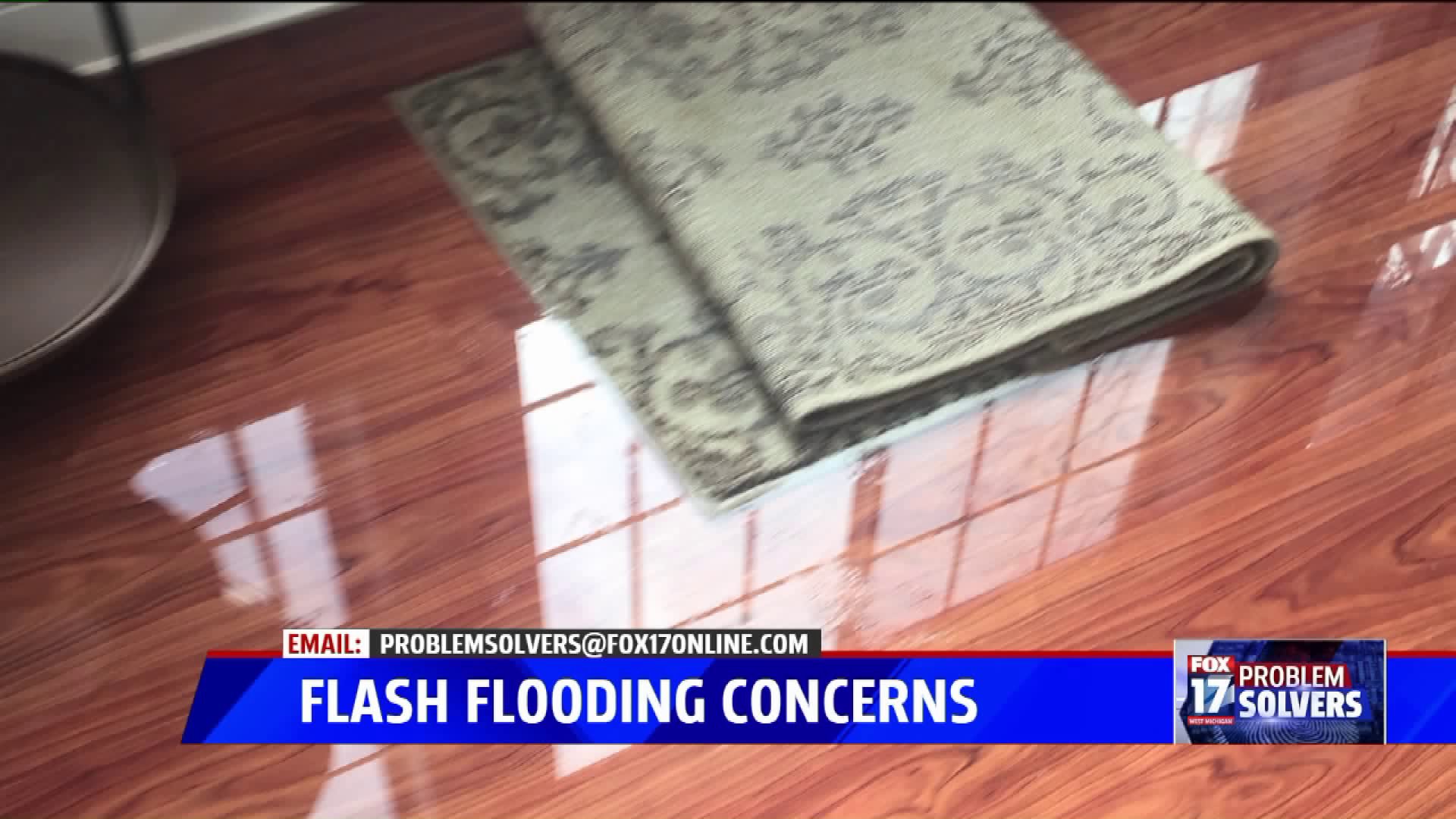 LAKETON TOWNSHIP, Mich. — Bob Degand said he and his family were blindsided by March 14 flooding.

"I believe the terms used was 'drainage problems' with 'excessive rain'. As I Google that, it seems like that's a nice way to say 'basement flooded' without scaring away potential buyers. So that was a red flag that we missed,” Degand said.

Since then, he said he's learned from neighbors that subdivision residents paid $50,000 for an engineering study several years ago on addressing the high-water table and possible solutions.

"The homeowners that never had any issues backed out and said, 'we're not going to spend any more money on this problem,” Degand said.

While several affected neighbors moved in after that study, Degand wants to know what the county drain or road commissions can do to relieve the issues.

"If you over-dig (or) if you put a culvert too low then you essentially create a swimming pool,” said Eric Scott, Muskegon County Road Commission superintendent. "That water level and those flow lines need to be engineered and designed in order to get that water flow in the proper direction.”

Scott said the road commission's job is to get the water off the road and addressing the area's overall drainage issues may take collaboration.

"Maybe (a collaboration) amongst, possibly some homeowners, possibly a drain district, or with the drain code," he said. "But we work together. The road commission and drain commission work together to make things happen. We kind of need to be on the same page in order to put a project together.

“The residents need to be aware of that because it takes proper funding channels to be able to develop those types of projects.”

Degand says he wants the township or county to do more.

FOX 17 has a message in to the drain commissioner for comment.