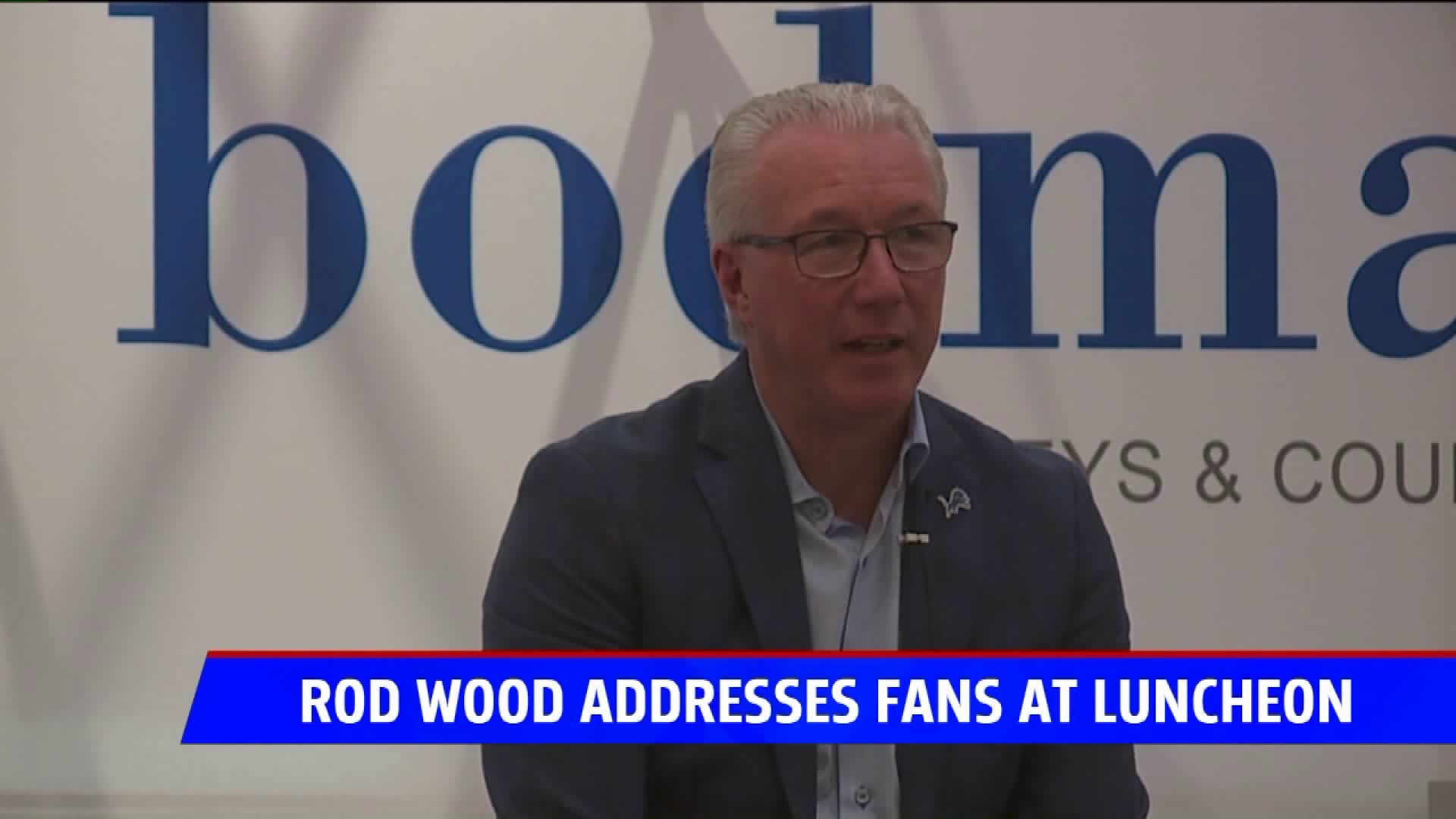 GRAND RAPIDS, Mich -- Detroit Lions great Lomas Brown, play-by-play voice Dan Miller and team president, Rod Wood were in Grand Rapids on Monday afternoon for a luncheon and panel discussion with local fans. During the open discussion with the crowd, one fan was straight-forward with the trio.

"I'm 58, I've been a fan since i was eight-years old so that's 50 years of pain," the fan said sternly, "I'm just wondering why is it so hard to instill a winning culture in Detroit?"

"We're the same age so I feel your pain," Wood stated, "I think it's a great question and I think a lot of it is the people at the top running the organization, myself included. I think Mrs. Ford is a much different owner than her husband," he continued. "She has a lot less patience for mediocrity which is why we have made some of the changes we've made, when I was hired and we had the choice of a general manager, I wanted to go to an organization that is used to winning and doesn't know anything but winning that's how we landed on Bob Quinn, then after we decided on a head coach, we looked at the same thing and a coach looking for someone who doesn't expect less than competing for the Super Bowl every year."