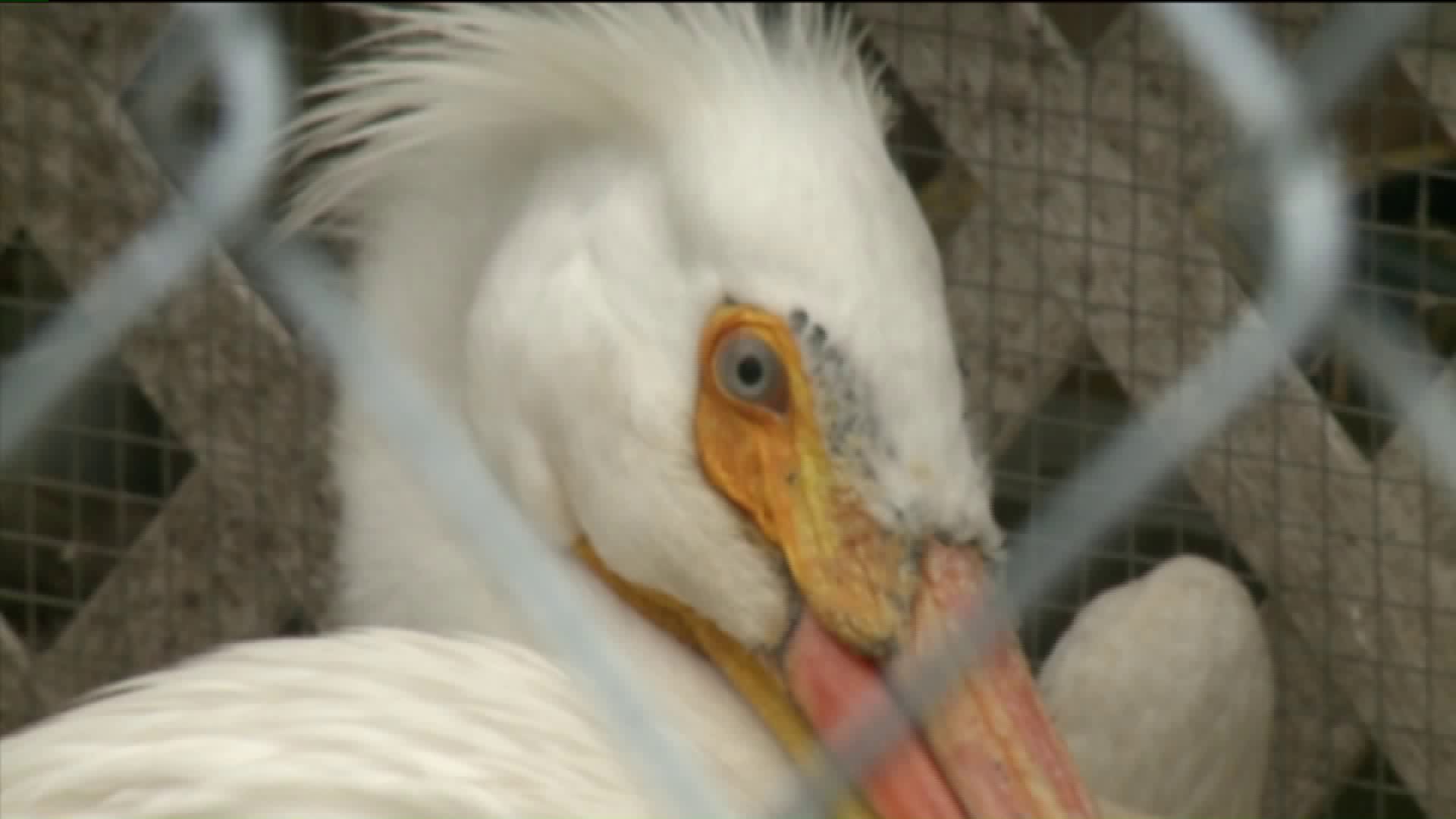 GRAND RAPIDS, Mich. — There is an unlikely feathered visitor in West Michigan this week: a White Pelican.

in Saugatuck.  An initial attempt to trap the bird was unsuccessful, but another separate couple brought kayaks out to the area the following day and were able to trap the pelican.

He was taken to Grand Rapids in an attempt to get him treatment.

Peg Markle has been running the Wilflife Rehab Center for about 37 years.

She says of Pete, "I've been rehabbing for almost 40 years and I never thought in my life i'd be rehabbing a White Pelican.  I mean, I just associated them with Florida, not up here at all."

Confused at first, Markle and one of her licensed rehabbers, Allyson Swanson, started to research how Pete may have ended up in our backyard.

They determined he was likely in the process of migrating when he was injured.

"It is common for them to be migrating and just recently in the past 10 years  they have been seen more along the Lake Michigan coast," Markle said.

They believe Pete was just blown off course in the midst of a storm.

Pete is now recovering at the center, eating a steady diet of fish.

Markle says of his future, "he's on hold right now. One of the options is having surgery and getting the ligaments back in there which will probably cost thousands and thousands of dollars. Then we have to come up with a place to put him."

Swanson says Pete's arrival has sparked a sense of wonder.

"We feel like we owe it to him and the community. They're so excited to see we have something this unusual, that the community has really come together with donations and concern for him. So we're going to try and do everything we can to at least give him another chance at life," Swanson said.

For information on resources the center currently needs or how you can volunteer your time, visit their website.