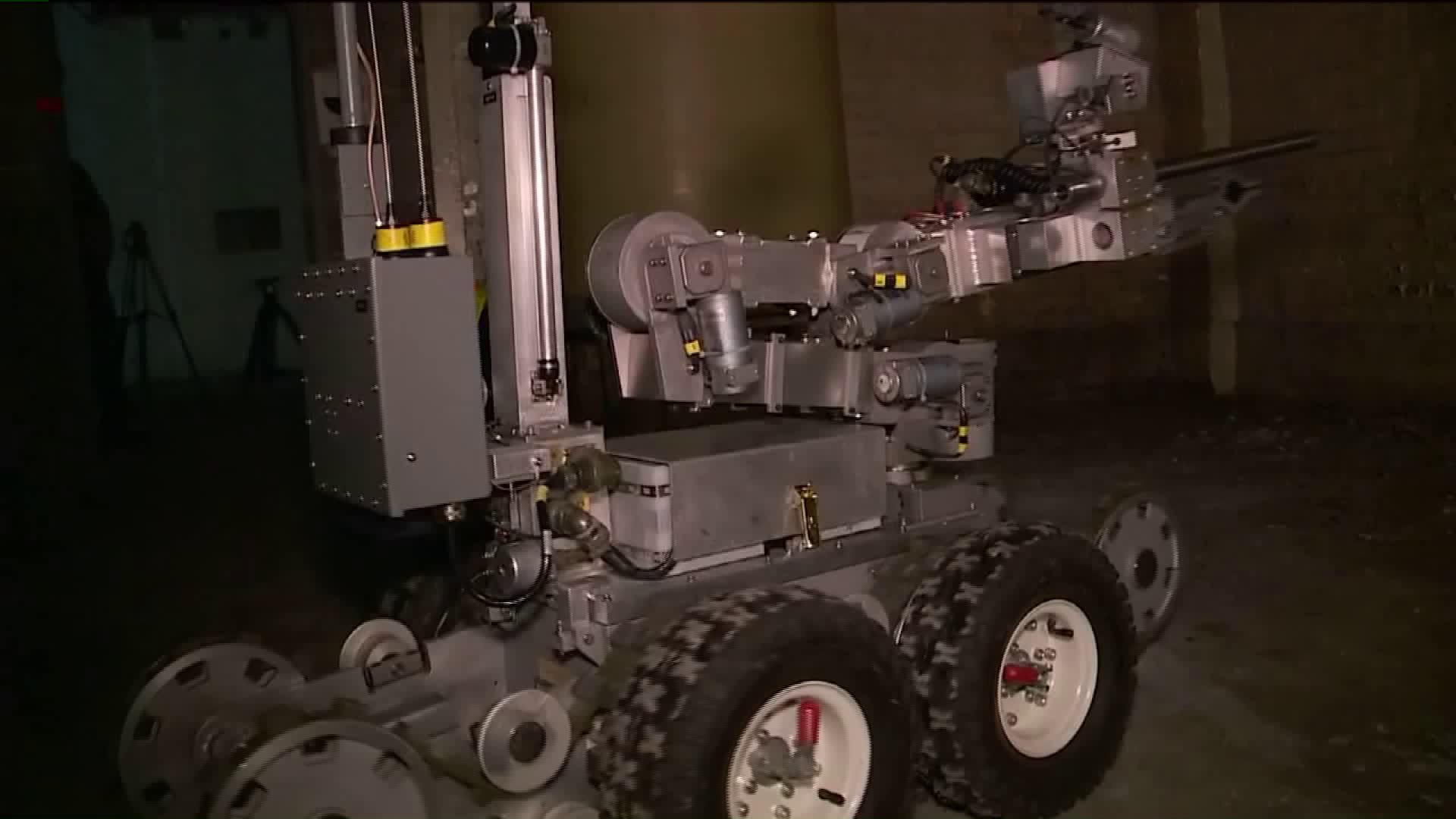 VICKSBURG, Mich. — The Kalamazoo Department of Public Safety parked its bomb squad truck outside of the old and abandoned paper mill on Highway Street Tuesday morning. They were told that a former employee of the mill was disgruntled and once said that he wanted to turn the building into “something new.”

However, the scenario wasn't real. It was part of a training session for the bomb squad and their robot, the Andros-F6 A.

“This is the kind of trainings we like to do because it puts our bomb squad in scenarios that we make up,” said Mike Kelley, executive lieutenant of the bomb squad. “It keeps things fresh and different.”

Kelley said they work in scenarios that mirror real-life situations. On Tuesday, bomb technicians navigated the robot through the building to try to get to a fake bomb made of bird seeds.

“We decided we’re going to remove the device from the building to a safe location where we would get rid of the device,” said Detective Sara Choi who was the main bomb tech moving the robot.

Choi sat in the truck and used controls, similar to a playstation, to maneuver the robot through dark rooms and hallways. She did this while keeping a close eye on the signal between the robot and the truck.

“When you’re sitting in the truck it's pretty, I guess, frustrating,” she said. “Sometimes rubber doesn’t work how you want it to work. Just physical barriers inside the building [and] the interruption from the signal from the truck. I mean, you always have to have a Plan B and a Plan C.”

However Choi successfully reached the fake bomb by making sure the signal was steady between the two entities.

Kelley was pleased with Choi and the team's work because now they how what to do in situations that involve large buildings.

“Just because it’s a vacant building you know it’s similar in construction to a hospital or a school,” Kelley said. “So it really kind of gives us a better idea of what our capabilities are.”