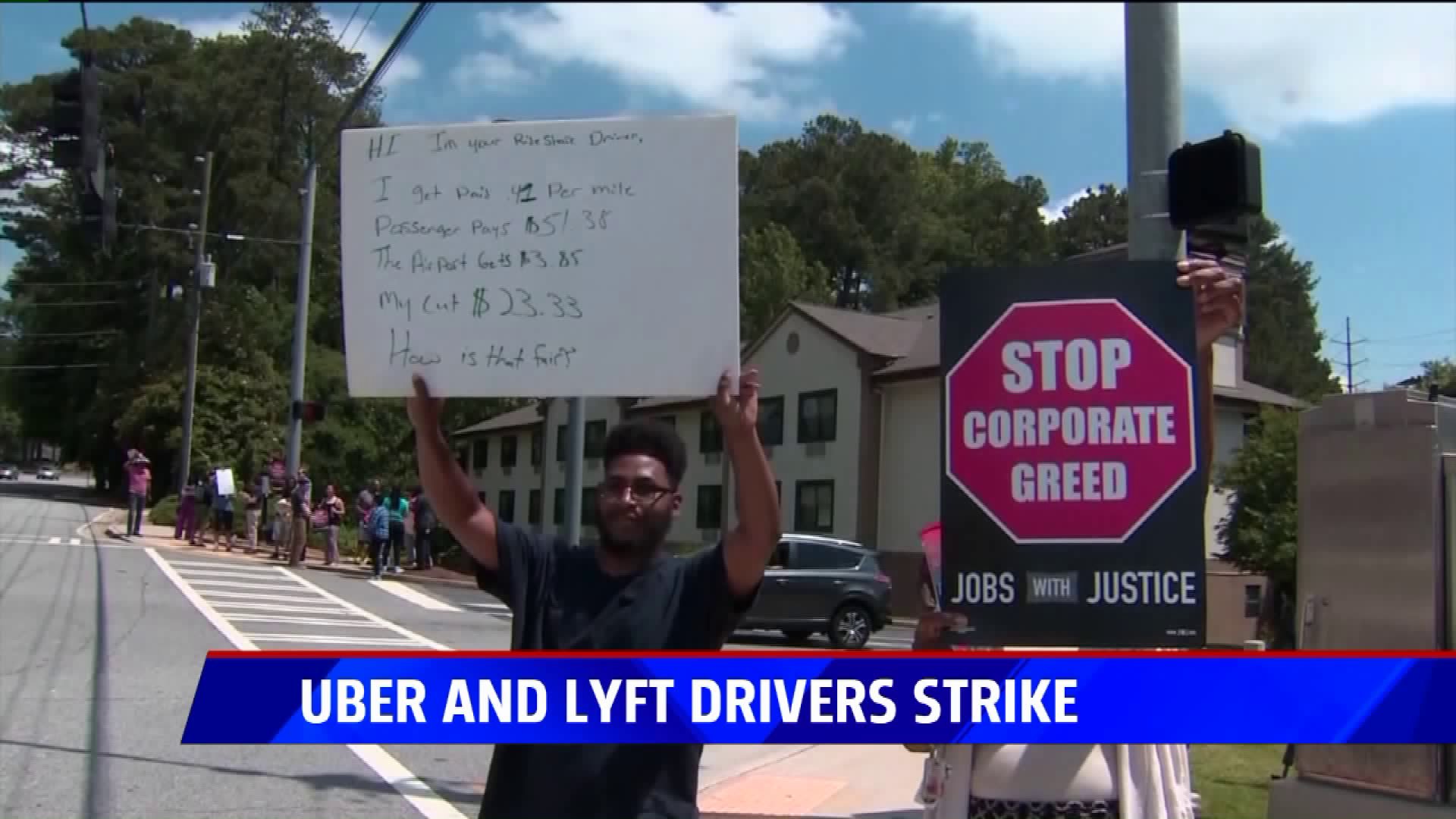 GRAND RAPIDS, Mich. — Uber and Lyft drivers across the country put down their phones and picked up picket signs Wednesday morning in protest of low pay and a lack of benefits.

The ride-share strike comes just days before Uber goes public on the New York Stock Exchange, a move expected to bring in billions for the company.

In West Michigan, drivers say they feel the companies care more about riders’ concerns and they're losing money because of it.

"There's a lot of risk that's involved and our pay continues to go down for it," says Aaaron Wisner, who's been driving for Uber for a year.

He says he's noticed the change in pay since he started, and it's starting to hurt.

"They've cut our pay pretty significantly, and for a lot of drivers this is their main source of income and it's quite a big hit for them," Wisner says.

This is not the first time ride-share drivers have logged off in protest. This time, drivers are asking riders to also boycott the companies. Protests took place on Wednesday after a change in surge prices.

Recently, Uber has started pushing flat rates during busier hours to cut back on how much riders pay, much to the dissatisfaction of drivers.

"That is also how we make our money," says Timothy Lockwood, a two-year Uber driver.

Some drivers also want paid vacation and benefits that would come along with being considered a full-time employee.

Lockwood doesn't think it is realistic, and that would change their title as independent contractors.

"That's a bit far," Lockwood says. "This is the lifestyle you chose, so enjoy it and embrace it and do what you can."

Uber and Lyft have both made it clear in their initial public offering filings that if they changed drivers from independent contractors to "employees" and start paying them higher wages and handing out full time benefits, it would suffer.

But, drivers in the area say the bottom line is the pay is not there, but the company continues to make large profits.

"It's pretty frustrating when you're completely dependent on it, I mean it's my only source of income," Wisner says.