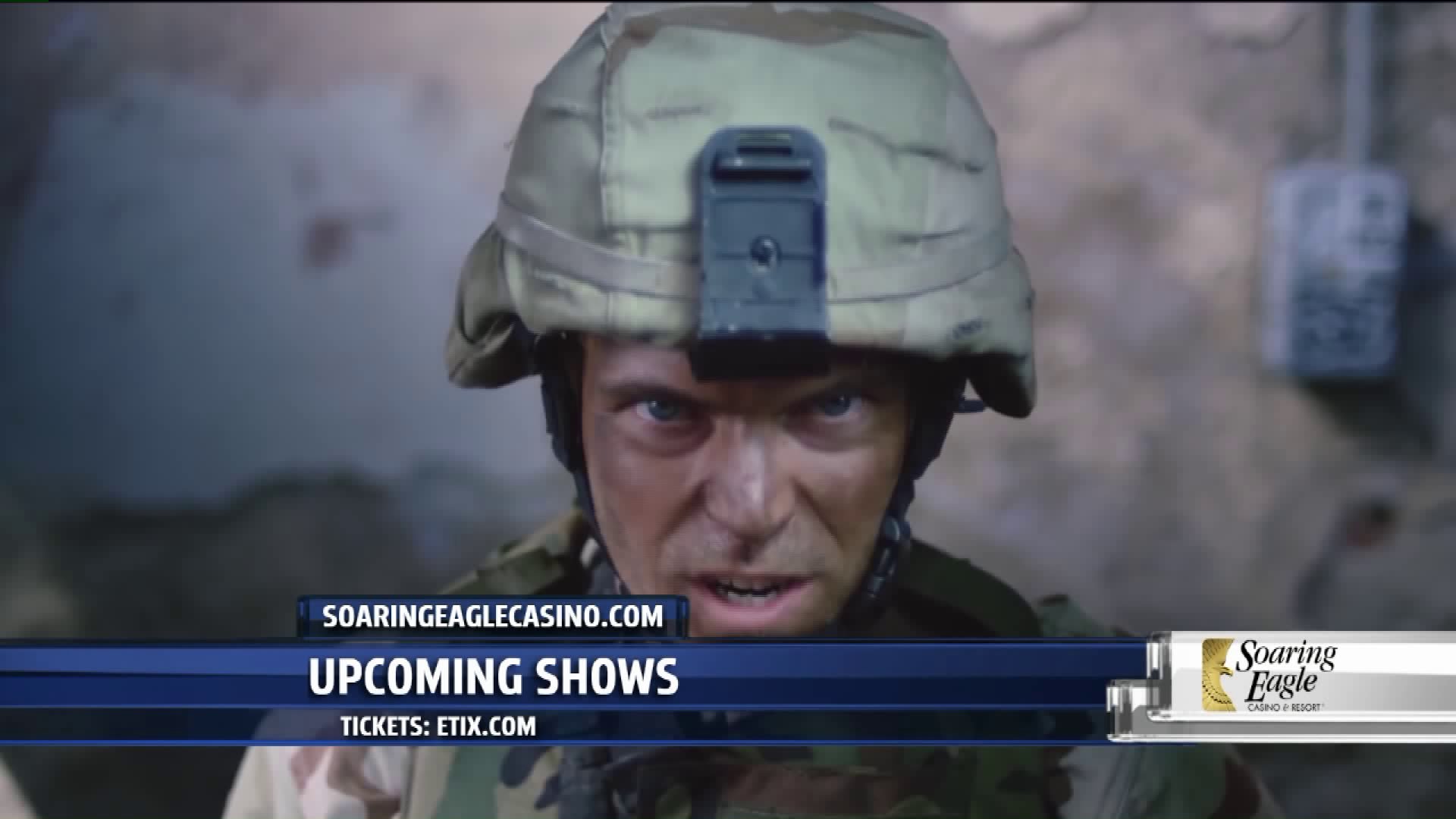 Here's a great way to celebrate mom, take her to Soaring Eagle Waterpark and Hotel for a weekend getaway . On May 10 and 11, kids can make a paper heart tree and Mother's Day cards in the activity room. Also, while the kids are enjoying story and movie time, moms can get away and relax. There will be massages for mom from 3-6 p.m. and again from 7-10.

If you're staying the whole weekend on Sunday, May 12 and enjoy a special meal just for mom . They'll be serving up baked whitefish, steak, shrimp, pork, chicken and of course for a special dessert mom can enjoy New York Cheesecakes covered in fresh strawberries. To make a room reservation call 1-877-2EAGLE2.

A cappella group, Straight No Chaser, is coming to Mount Pleasant in November. This group formed in 1996 at Indiana University. In 2007, a 1998 video of the 12 Days of Christmas went viral with over 8 million views and led to a five-album record deal with Atlantic Records. Tickets for this concert go on sale Friday, May 10.

Collective Soul  is celebrating their 25th anniversary! Ever since their emergence, the band helped shape and define alternative rock with lots of guitars and attitude. Over the past two decades, they`ve had a catalog of Number 1 hits under their belts. They`ll perform June 14.

Grammy award-winning pair Jennifer Nettles and Kristian Bush are refreshing their musical visions while staying true to an authentic sound that as made  Sugarland,  one of the best country duos. They`re now set to take their tour to the casino and resort on June 28. They`ve sold nearly two million albums since 2002. They`ll be joined by special guest Eli Young Band. Tickets start as low as $25.

Hey, it’s Fluffy! This Friday, tickets for comedian Gabriel Iglesias will go on sale at Soaring Eagle Casino! He’s one of America's most successful stand-up comedians, selling out venues around the world. His mostly clean comedy appeals to audiences of all ages and walks of life, especially when it comes to food. He’ll be performing at Soaring Eagle on June 30.

By mixing rock, rap, reggae, and funk, they created a unique sound. 311 is taking the stage in July! This summer they'll be releasing their 13th studio album, which can now be pre-ordered. They'll also be joined by Dirty Heads, Interrupters, and Dreamers and Bikini Trill.

Snoop Dogg and Friends Tour featuring Ice Cube and Warren G will be at Soaring Eagle Casino and Resort on July 11. Snoop Dogg has sold over 35 million albums worldwide and received multiple Grammy nominations. This past spring he released his 13th studio album, Bush, which debuted at number one on Billboard's Top R&B hip hop chart.

Five Finger Death Punch will also be in town in July. The band formed in 2005 and their debut album was released in 2007 selling over 500,000 copies in the United Staes. They've been going full speed ahead ever since, and just last year released their seventh studio album.

They're making a comeback around the world and they can't wait to hit the road once again. Toto: 40 Trips Around The Sun Tour will be at Soaring Eagle Casino on October 5. The American rock band formed in 1977 in Los Angeles. They are widely known for the top hits "Hold the Line," "Rosanna", and "Africa." The band has released 17 studio albums and has sold over 40 million worldwide. They've been honored with several Grammy Awards and was inducted into the Musicians Hall of Fame and Museum in 2009.

Tickets for all of these shows and more can be purchased by going to etix.com .