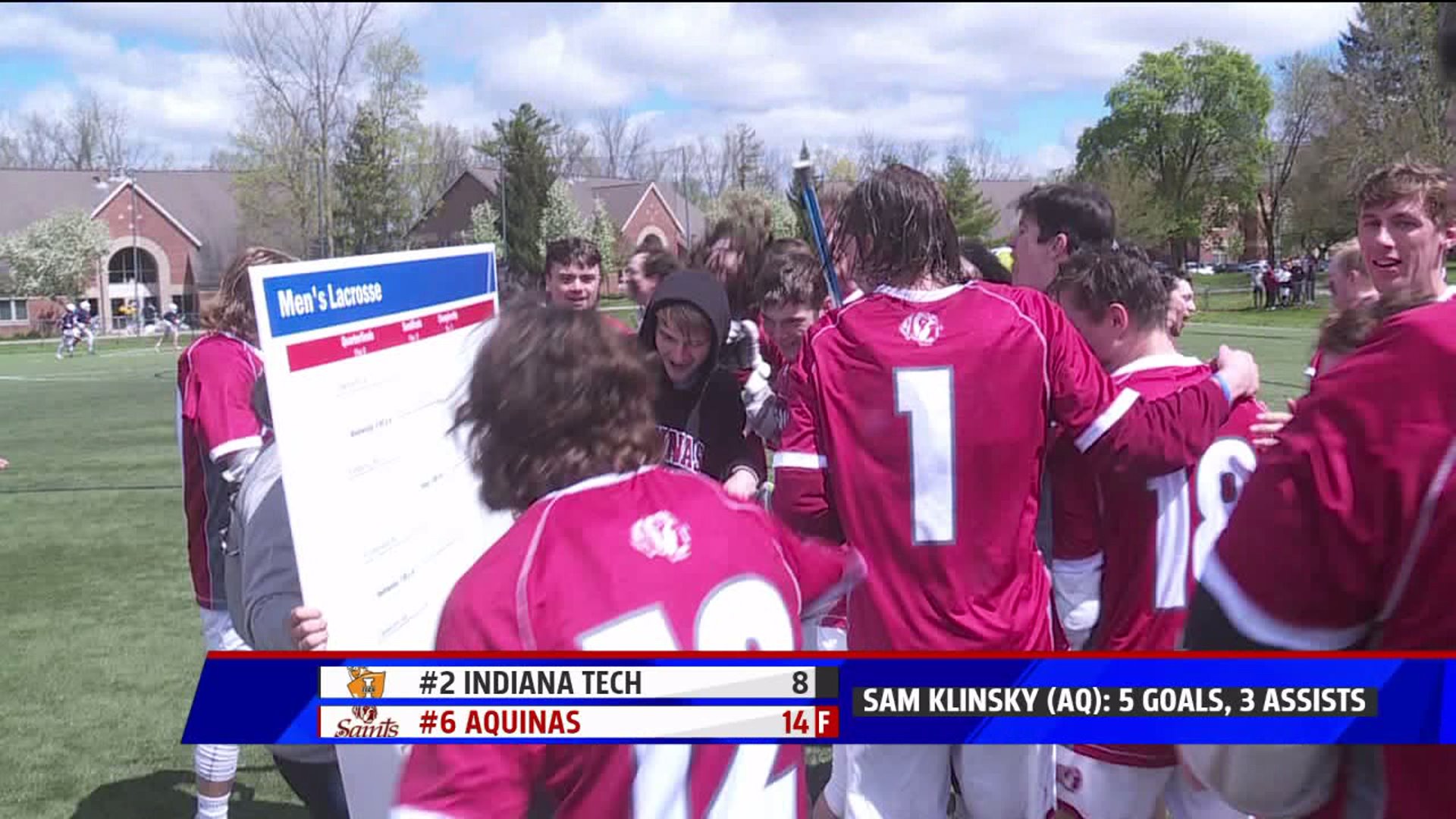 GRAND RAPIDS, Mich -- As the six-seed in the NAIA National Invitational Tournament, Aquinas wasn't expected to go very far, now they're preparing for the National Championship. The Saints defeated three-seed Lawrence Tech on Wednesday to setup a showdown with two-seed Indiana Tech on Friday afternoon.

Aquinas fell to the Warriors back on April 10th at home, 12-11 after holding a 9-4 lead earlier in the game. On Friday, it was different as the Saints pulled ahead in the second half and didn't let the Warriors come back. Leading 9-7 in the fourth quarter, the Saints would pull away late to cruise to a 14-8 victory and advance to their first-ever National Invitational Championship. Aquinas was led by seniors Cam Rogers and Sam Klinsky, who combined for eight goals and nine assists on the afternoon.

"We had a game similar with them earlier this year and we gave it up," Saints head coach Doug Seites said, "they were making that comeback, we knew they were going to comeback after us, they're too good of a team not to. We learned from it last time and this time we were ready to take that punch and give a punch back."

Rogers helped hold the Warriors off late after scoring a goal earlier in the fourth quarter and assisting on two more just minutes later.

"We only lost to them by one in the first game," Rogers stated, "we knew we had them, we put 60 minutes all together today and it feels amazing. The difference between this game and last game is we limited the penalties and turnovers down the stretch, once we got in our groove I knew we had it."

The National Invitational Championship will be held at the Aquinas Athletic Fields on Saturday afternoon at 4:00 PM.