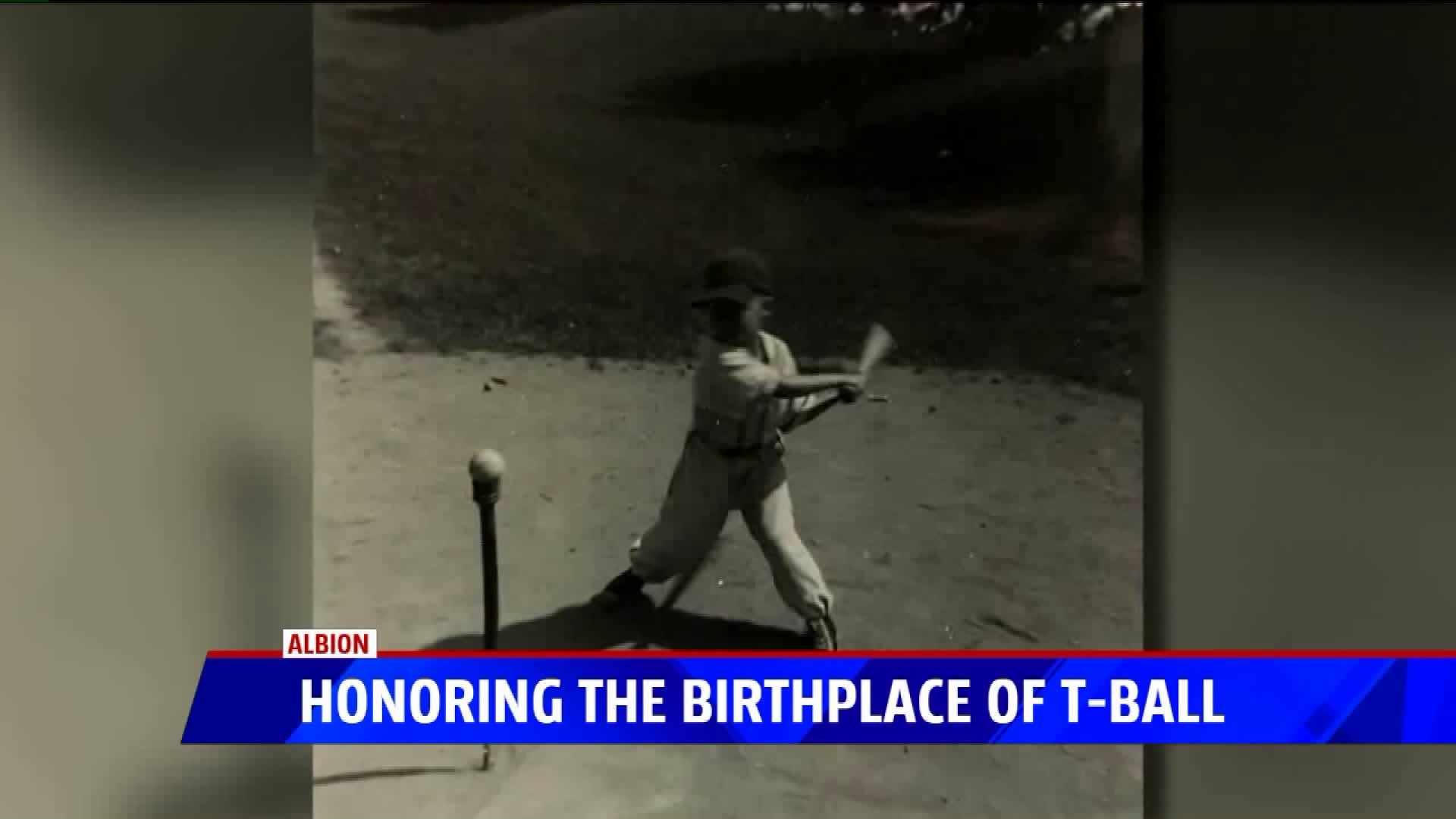 Former T-Ball player looking to honor birthplace of the game

ALBION, Mich. — As soon as Lonnie Spencer stepped onto the baseball field at Victory Park, he immediately noticed the pitching mound was still there.

Teams hadn’t played there in years, he said. It was now covered with dandelions. But he walked straight to mound, stood on it and reminisced about his playing days.

“I remember pitching here,” Spencer said. “Was some exciting times. I guess I was a baseball nut so to speak.”

Spencer played baseball in high school and college and pitched during those days too. He even coached for years afterwards.

However, his long-standing baseball career began at the fields at Victory Park, playing in some of the first-ever T-ball games.

“I was just honored to be apart of that program,” said Spencer, who played T-ball in 1959. “We’ve got a lot memories and a lot guys and gals that were a part of that.”

Spencer said at one point, there were 600 kids playing T-ball. The games were created by Albion High School baseball coach Jerry Sacharski.

He built the batting tee from scratch in his garage in 1956 and later had it patented.

“The tee was originally designed to get the ball in play,” Lonnie said. “You know, you have 5- to 8-year-olds you wanna keep them active.”

He said the kids were split into a handful of teams and played for an hour a day. The program lasted at least four weeks during the summer and kids loved hitting off the tee.

“Jerry had this knack of figuring out how to do things for kids to make it easier,” Spencer said. “And that was it.”

Throughout the years, tees grew in popularity and were used on high school, college and major league teams, Spencer said.

There’s a plaque commemorating his efforts at Victory Park, but Spencer and a few of his teammates from the original squad don’t think that’s enough.

“We’re working with the Albion Library and the history department there. They have the artifacts and they have the same interest in exhibiting what T-ball meant to Albion (and) what Jerry Sacharski brought to that,” he said. “We just like to make it available to anyone that would be interested in it.”

Spencer said he’d like to rehab an abandoned building in the city and turn it into a T-ball museum. It would include old mitts and gloves and letters Sacharski wrote to the Baseball Hall of Fame in Cooperstown about recognizing Albion as the birthplace of T-ball.

However, he's leading the efforts not just to honor Sacharski and the game, but to mark Albion’s place in national sports history.

“Those of us that were apart of it have a lot of pride and would like to try to get that available,” Spencer said.