Mother: 7th grade son had to undergo surgery after being bullied 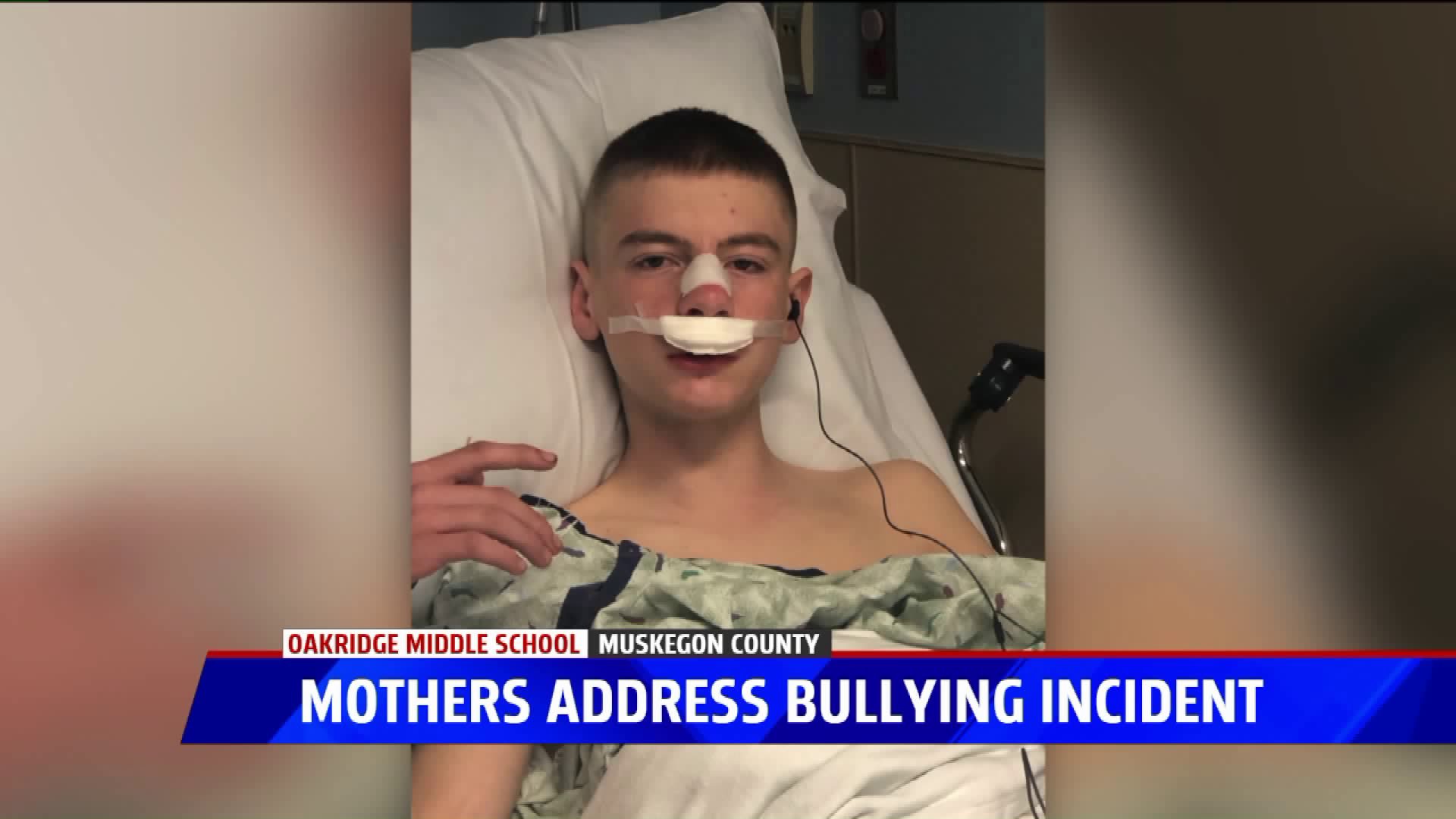 MUSKEGON, Mich. — A Muskegon parent says her son was bullied so badly that he had to undergo surgery after the incident.

Seventh grader Kadin Meinders Morris recently underwent surgery to fix his broken nose. Meinders Morris says a fellow student came up to him and head-butted him in the hallway.

"At first I didn't feel anything until I heard something crack and then I feel nothing," said Morris. "Then there is blood all over the place."

On top of the surgery Meinders Morris has already undergone,  doctors told the family the 7th grader will need reconstructive surgery within the next 12 months.

"He can't really do anything because he has to watch his face," said his mother, Laurie Smeltz. "So now I have to clean out his nose three times a day, and it hurts. It's painful. He's in pain all day long."

Charges have been filed against the boy accused of head-butting Meinders Morris. The prosecutor's office confirmed the student is facing aggravated assault charges. He is not being identified because he is under the age of 18 and being charged in juvenile court.

According to court records, the same boy was charged last year in 2018 for aggravated battery. The boy's mother, who spoke to FOX 17 over the phone but refused an on-camera interview, said the charges were dismissed because he was found 'not fit' to stand trial after undergoing a competency evaluation.

The boy's mother also stated she believes her son should be reprimanded in some way for his actions.

"At Oakridge Schools, we care deeply about our students. We do not tolerate unsafe behavior, and we work closely with police in unique cases when students are threatened or hurt. Student privacy policies prevent us from releasing any further information."