Opioid patient ‘at a loss’ after prescriber’s suspension 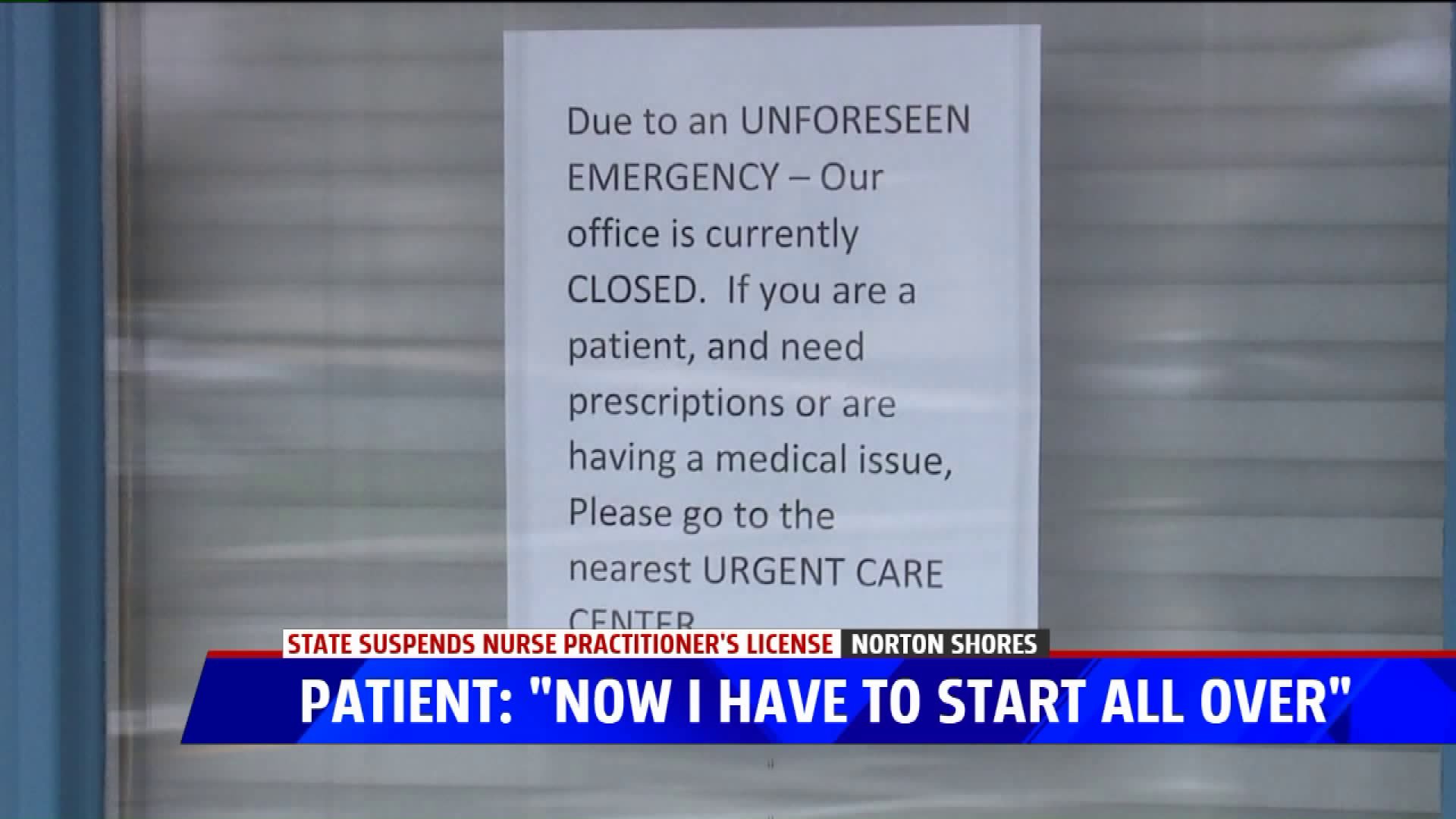 "To hear what they're saying, I don't understand it because she was forthright, and she was always there when I needed her," Drier said.

Drust, who runs a clinic in Norton Shores, is accused of prescribing controlled substances to alcoholics, allegedly prescribing unsafe combinations of opioids and/or sedatives without documenting the risk or reason. The state claims she didn't document any consideration of alternate treatments outside of opioids.

So the state suspended her license and clinic operations.

Drier said she thought, "Oh my God, what am I supposed to do?"

The Norton Shores resident said she's depended on Drust to prescribe her fentanyl patches monthly and says the nurse practitioner has been instrumental in decreasing that dependency.

"Susan helped me back down from 50 micrograms to 12.5 micrograms, and she did me a huge justice by doing that," Drier said.

She said it's progress following a failed back surgery in 2013. Now she's concerned the loss of rapport with her healthcare provider poses a risk in safely managing her pain.

"Now I have to start it all over with a pain clinic," Drier said.

She added, "Will I be able to go back to her for my regular stuff -- my non-opioid stuff, my regular stuff? I'm terrified of trying to have to ween myself off when it's dangerous to begin with."

FOX 17 called the clinic, again, which had no further comment. It's important to note the license suspension is only temporary for Drust. The state still needs to determine if she violated public health code. That'll happen at a later date.