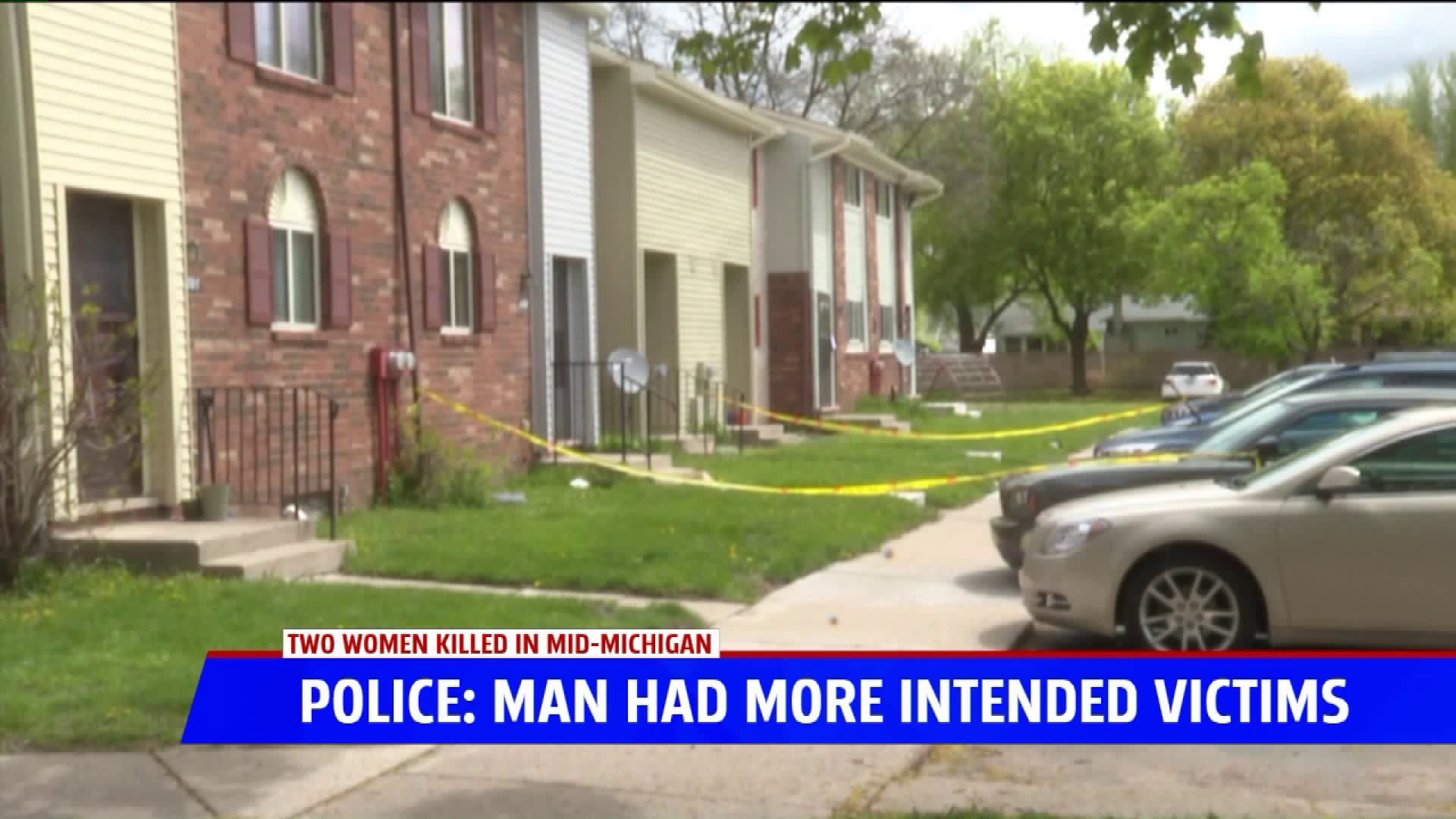 The investigation started around 2:40 a.m. Friday when deputies were sent to the 5300 block of Mall Drive West after a woman said a man she had a protection order against was knocking on her door wanting to see her.

Authorities say the man was also texting the woman, saying he loved her so he spared her, but was “ridding the demons of some dear friends.”

Deputies found the man's vehicle on I-69 near Otto Road and the man was arrested on outstanding warrants. Authorities say the man then showed them pictures on his phone that appeared to show two dead women.

Ingham County deputies responded to a home in the 4400 block of Doncaster in Holt. There, they found a 26-year-old woman who was deceased. Initial indications show she died from blunt force trauma.

Meridian Township police responded to a home in the 2700 block of E. Grand River and found a 32-year-old Williamston woman who also deceased. She also appears to have died from blunt force trauma.

The suspect is described at a 26-year-old man from Delta Township. Investigators believe the man was on a killing spree and the Eaton County deputies may have saved more lives.

They say that the suspect had two more potential victims that he was targeting, along with the woman who called 911.

The victims' names have yet not been released.