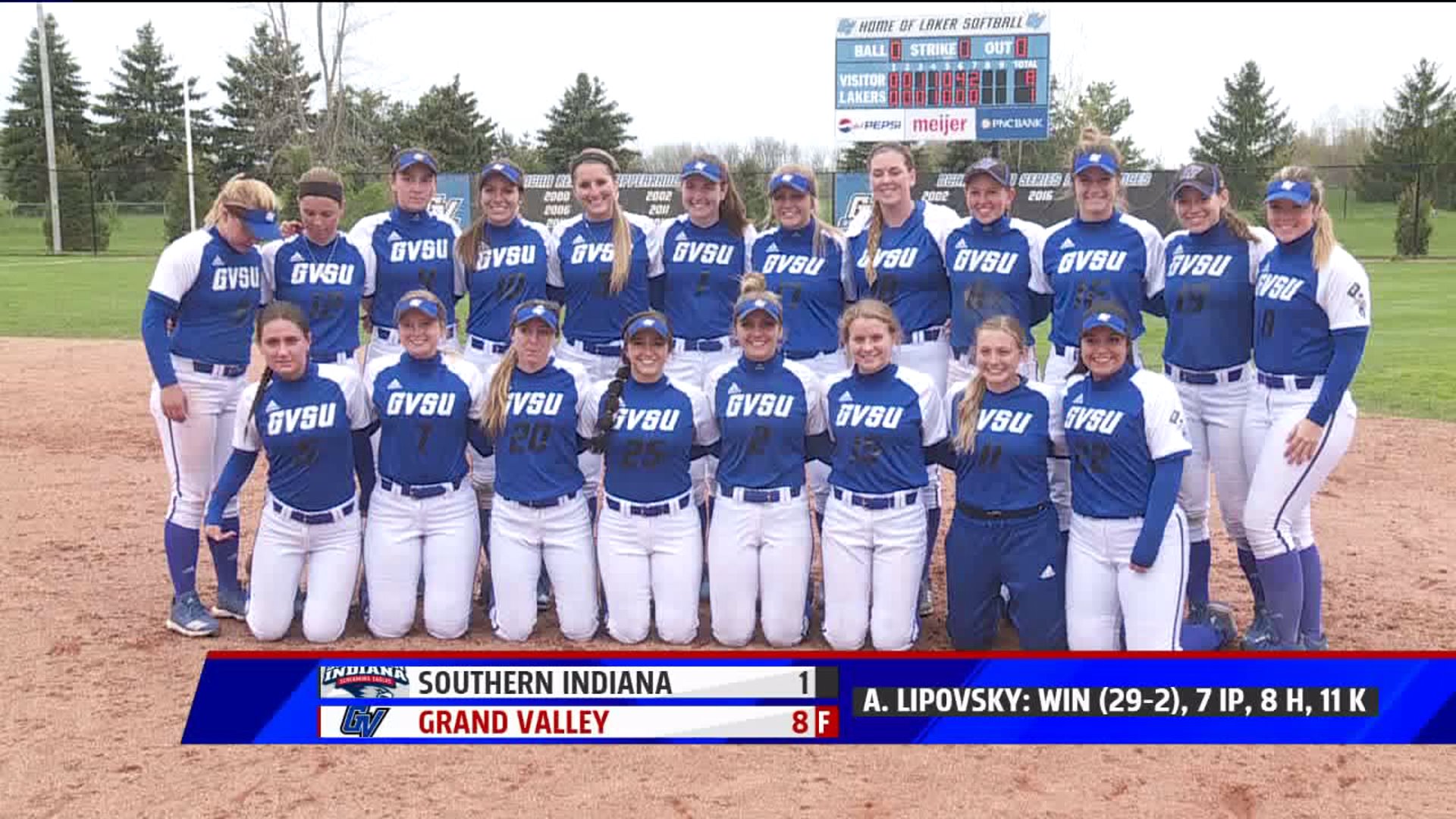 ALLENDALE, Mich -- The Grand Valley softball team continued its historic season on Saturday afternoon, defeating Southern Indiana, 8-1. The game was close throughout with Southern Indiana threatening in the fifth inning by loading the bases with two outs. Laker pitcher Allison Lipovsky would induce a fly ball to shallow left field when senior shortstop Shannon Flaherty made a tremendous play to keep Grand Valley in front 2-1. The Laker offense had no problem scoring in the later innings, pushing four across in the sixth inning to extend the lead and cruise to victory.

"We've had these goals set from day one of practice in the fall," Grand Valley head coach, Dana Callihan said, "they've been focused on it, they know what we need to do and our seniors have done a great job with leadership, keeping our freshmen and everyone focused and just living in the moment, that's what we tried to talk about and do."

Flaherty made the outstanding play to keep the Lakers in front and also added a RBI double in the seventh inning to add to the lead.

"We thought it was going to be a really close game so the fact that we were able to break it open and add on some runs that was huge for us," Flaherty added.

Meanwhile, Grand Valley pitcher Allison Lipovsky improved her record in the circle to 29-2 on the season.

"It was unreal," Lipovsky said on advancing, "we were there my freshman year so just keeping the energy up and going to attack whoever we play next week so we can make it to Denver."

The Lakers will also host the Super Regional next weekend with an opponent yet to be announced.