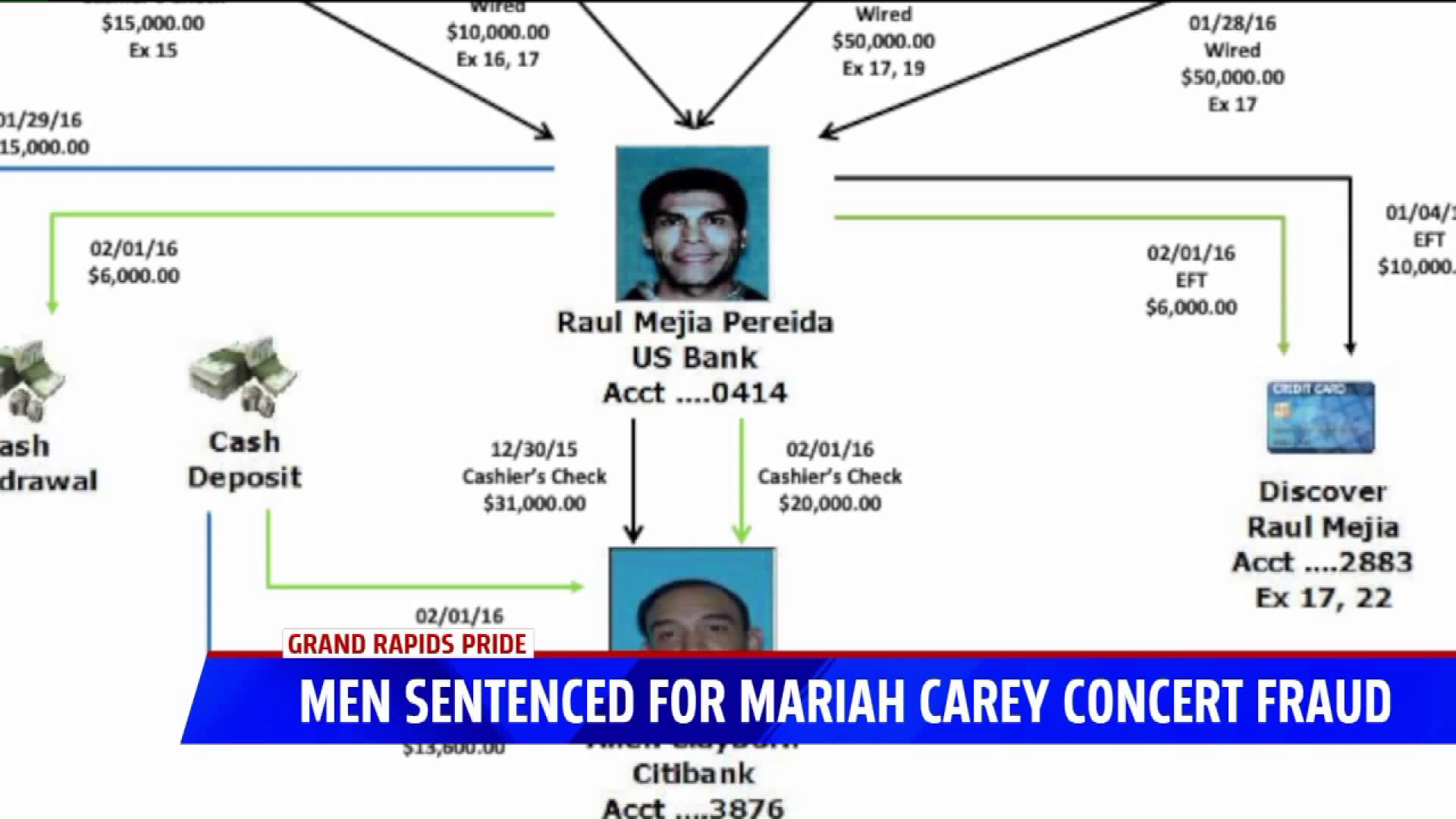 GRAND RAPIDS, Mich. -- Two California men have been sentenced to prison after defrauding two pride organizations of tens of thousands of dollars, including an organization in West Michigan.

The fraud centered around booking Mariah Carey for a benefit concert, the two men now heading to prison faked connections and their ability to do so.

The crime turned out to be financially devastating for both Northern Arizona Pride and the Grand Rapids Pride Center.

Mariah Carey playing at Calder Plaza, it was set to happen in the summer of 2016 and act as a major fundraiser for Grand Rapids Pride.

The group  spent $100,000 to make it happen, but that concert never came as promised.

According to federal court documents the organizations were duped by two men, Raul Pereida and Allen Clayborn.

The pair posed a  representatives for the pop star and even paid to take Grand Rapids Pride leaders and show organizers to a Mariah Carey concert, which according to prosecutors  helped sell their legitimacy.

That meeting is in turn why GRP  wired the money to Perieda shortly after.

A flow chart shown in court shows how investigators say the money moved, Perieda gave funds to Clayborn and paid off his own credit card debts.

Both men were charged with wire fraud and identity theft last year.

Clayborn later admitted to his involvement in the scheme and was sentenced to five years in prison.

Perieda  was sentenced to two years and three months in prison on Friday.

The duo was also sentenced to pay back the money in restitution.